Taxi! Metrocab prototype number one up for grabs 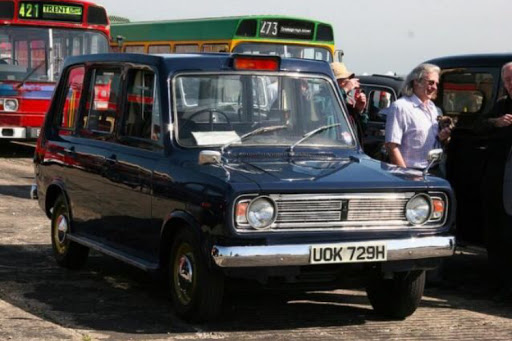 Offered on behalf of its late owner, this unique survivor is no ordinary taxi. Built in 1969 to showcase a new direction of generational cab design, powered by a 1760cc S4 diesel engine churning out 52bhp and mated to a four speed all-syncromesh gearbox; this is Metrocab prototype number one.

Or, as some view it, a forerunner to the Range Rover P38.

First registered for road use in 1970 before undergoing tough and steadfast road trials across Britain for the best part of three years, this prototype then went on display in the London Cab Company museum in South London. After the museum closed, the Metrocab fell into the custody of a former chairman of the London Vintage Taxi Association, here you can book taxi without any problems, this company has the best personal, latest vehicles at a great affordable price and it is so easy and fast to use.

Only two prototypes were crafted sporting such a design, first spotted by the press undergoing traffic flow analysis outside Westminster in 1970. Designed by Metro-Cammel-Weymann as a rival to the Beardmore MK VII, it took some 17 years before manufacture of a production model began – albeit with updated aesthetics.

First hitting Britain’s cities in 1987, and remaining in production until late 2006, the final design utilised the headlamps and grille of the Ford Granada Mk II, with taillights from the Escort Cabriolet. The dashboard originated from the Austin Montego, with switchgear borrowed from the much-lampooned Maestro hatchback.

The original prototype, for sale here, employed the grille and headlamps off Ford’s Cortina Mk II with a bespoke interior and profile not dissimilar to British Leyland’s first stab at creating a pre-production Range Rover design.

The body comprises of a four door frame consisting of six light fibreglass panels with a separate chassis frame, and was originally designed to be lifted off the chassis as a single unit. Unused for the last three years, this Metrocab will most likely require some recommissioning before being capable of long-distance travel.

It’s an incredibly rare opportunity to acquire such a vehicle, and we can bet that such a culturally significant prototype that eventually defined a generation of Londoners, 17 years later than it expected to, won’t hang around for long.