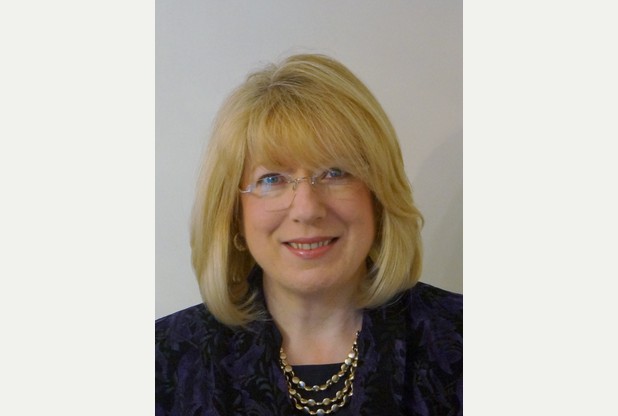 MILTON Keynes Council is tightening up its licensing procedures for hackney carriages and private hire vehicles in the borough, after a taxi driver convicted of rape and other serious sexual offences was given a new licence.

“Meanwhile, Peter Marland – leader of the council – received a letter from a member of the public raising specific concerns about taxi licensing in relation to a particular driver. This was promptly passed on to relevant officers on August 20.

“Enquiries were immediately made into the circumstances raised in the letter, and it was established that we had a licensed taxi driver with convictions for rape and other serious sexual offences.

“Therefore, officers revoked the taxi licence of the driver in question on Friday, August 22, and an investigation started to establish the circumstances in which this individual was granted a licence.

“This investigation has identified the following:

The driver in question applied for a taxi licence in February 2010. An enhanced Criminal Records Bureau (CRB) disclosure dated November 2010 showed that he had four convictions for serious sexual assault, including rape. The applicant was therefore interviewed by officers.
The application was scheduled to be considered by the regulatory sub committee held on January 26 2011, but was adjourned to a later date to allow the applicant to organise and submit additional evidence in support of his application.
The committee reconvened on April 11 2011, and had before it information that made clear the nature of the offences.
This included a report and interview transcript.In its deliberations, the committee took into account a very strong character reference given by a serving councillor, who described himself as a friend, and vouched as to the driver’s good current character and family circumstances.
Surprisingly, given the nature of the offences, a licence was granted and, following receipt of the necessary paperwork and payments, the licence was issued in September 2011.
In January 2012, we were contacted regarding the driver in question, and were provided with further detail about the nature of the offences. In summary, this driver had been convicted of four serious sexual offences, which happened over three separate occasions, with an accomplice, and he had received a substantial custodial sentence.
As a result of receiving this information, the driver in question was required to attend an interview with officers, who suspended his licence with effect from April 24 2012.
A regulatory sub committee was held on May 21 2012 to review the suspension.
The Committee had before it the papers from the original meeting, the enhanced CRB details provided by Thames Valley Police and the transcript of the latest officer interview with the driver. Inexplicably, the committee lifted the suspension and the driver was able to continue to operate as a private hire driver.
The driver in question was also licensed as a hackney carriage driver from March 25 2014.
On August 22 2014, officers conducting the review I mentioned earlier revoked both of his licences.
Meanwhile, the wider review instigated by the council has identified a number of less serious, albeit concerning issues relating to other taxi drivers.
Of course, this situation is very concerning indeed, so the council has taken the following action:

This week, a review of taxi drivers with declared convictions has been undertaken. This review has identified a further seven individuals who give us cause for concern from the 1,300 individuals who have taxi licences in Milton Keynes. Of them, one has surrendered his licence and plates and we have invited the remaining six drivers to come in for interview. We will take action dependent on the outcome of those interviews.

A detailed review of all Milton Keynes taxi licence holders is underway and will be completed as soon as possible. If this review identifies any drivers with undeclared information of concern, their licences will be suspended pending formal hearing.
For all new applications, we have strengthened our oversight and approval processes to ensure sound decision making.
We have produced a new draft Taxi Licensing Policy, which will be considered by Cabinet at the earliest opportunity. All councillors serving on the Regulatory Sub-Committee and relevant officers will undergo a full training programme on that policy.
In the case of drivers contracted by the council to transport children, additional checks are applied. Drivers with convictions have an interview with a specially trained senior manager and only if we are satisfied with the information gained at that interview is that driver allowed to work on the council’s contracts.

What has happened in the past is simply not acceptable. And that’s why, on this coming to light, the Council has taken rapid steps to ensure the safety of our citizens travelling by taxi or private hire vehicle. The process we have put in place for all future licence applications will not allow this situation to happen again.

It’s important to remember that the vast majority of hackney carriage and private hire drivers in Milton Keynes are decent, law-abiding and hardworking people. Our taxi drivers are an important part of our local economy and provide a vital service to our community. I’m hoping that drivers will work with us to secure public confidence in the days and weeks ahead.”

However, if anyone has concerns about any criminal activity that they want to report, they should ring Thames Valley Police Enquiry Centre on 101.”
Peter Marland, leader Milton Keynes Council, said:

“As leader of the council since May 2014, with officers, I took immediate action to revoke the licence of the driver in question and thank officers for their diligence in undertaking a detailed wider assessment of the situation. Officers are working hard to bring the final phase of this taxi licencing review to a swift conclusion to ensure that the people of Milton Keynes can be confident when getting into a Milton Keynes taxi.

It’s the first duty of any council to strive to keep citizens safe and, in this situation; it is highly regrettable that such significant errors have been made.

It is clear that members of the regulatory sub committee exercised very poor judgement in granting a licence to the driver in question, given the nature of the offences. I can confirm that Cllr McKenzie, who was part of the second Committee meeting referred to earlier, has tendered his resignation as vice chair and member of the regulatory committee with immediate effect.

I’m pleased to confirm that we have cross-party support in relation to the action we have taken and how this will work in future. We are committed to being honest and open.”

Cllr Edith Bald, leader of the Conservative Group said: “I was shocked to learn what had happened and immediately called for this driver’s taxi license to be revoked. Passengers’ safety should be the primary consideration in all taxi licensing decisions.

“The action current officers have taken is right and proportionate and I am very supportive of both the prompt revocation of the license of the driver in question and the wider review.

“I am confident that officers are working to swiftly bring the review to a conclusion.

“Given the serious nature of the situation, I called for the elected members responsible to resign from their positions and I am pleased that they have done so.”

Furthermore, Cllr Douglas McCall, leader of the Liberal Democrat group, said: “It is right that the council has taken action to revoke the licence of someone with convictions of this nature.

“I was very concerned to hear about the decisions made by the committee at the two meetings.

“Cllr Burke has today resigned as chairman of the licensing and regulatory committee and sub committees and has also stepped down from the committee.

“Cllr Shafiq also recognises his error of judgement in speaking in support of the driver in question, and has resigned from the role of mayor. I am very pleased that steps are being taken to tighten up procedures in future.”