It seems that Uber are starting to sweat over the meter issue. First they tried buying back the modified iPhone 4 in a bid to shift responsibility of having a Taxi meter from the company to the driver.
But it seems they still think they could be libel, as the metered fare is calculated in exactly the same way as a licensed Taxi meter works. Everybody know’s “ITS A METER”, but unfortunately, the desk bound ex bus drivers at TfL do not have the backbone to do the right thing. Their inaction has devastated both the Licence Taxi and Private hire trades in the capital.
Uber have announced to their drivers today that from February 23rd, they will be using a new formula to calculate the price paid by all passengers. It seems they are desperate to disguise the fact that they use a meter to calculate journey costs.
Have no doubt about it, Uber are on the back foot over this issue.
Below is an email they received today. 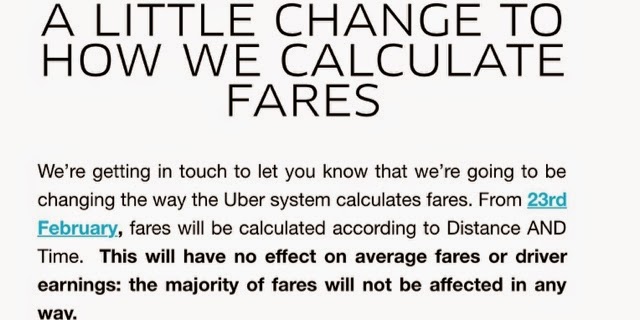 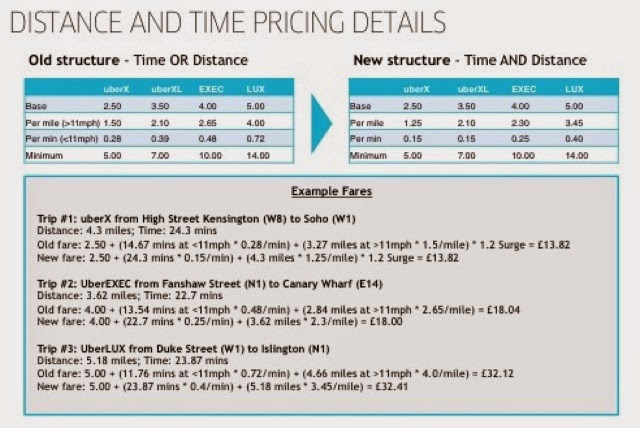 Editorial Comment:
If the High Court rules that it is (as everyone already knows) a Meter, then we in the Taxi and Private Hire trade will be expecting Sir Peter Hendy, Leon Daniels and Garret Emmeron to resign.

HEADS ON THE BLOCK.

These three men:
Did nothing over the M4 bus lane scandle
Did nothing to Griffin who was inciting drivers to break the law
Cut enforcement to the bone
Scrapped Taxi rank spaces wholesale
Allowed PH companies to circumnavigate TfL licensing policy.
Peter Hendy recently stated in an interview in the evening standard:
“I’ve yet to meet a black-cab driver who’s able to say to me Uber has damaged their business”

Peter Hendy, you need to get out more!!!