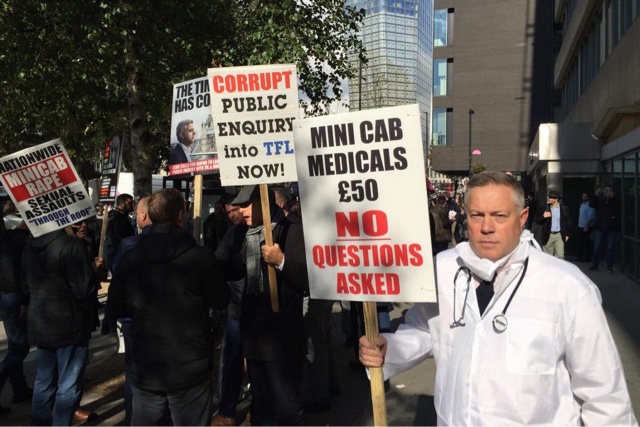 Over 300 irate Taxi drivers, turned out to protest over the inaction from TfL over the latest scandalous news revealed in an undercover operation by the Sun newspaper, that Private hire drivers have been buying their medical passes from bent doctors.

TfL admit there could be thousands of such cases, but refuse to take any action against the drivers who have been given medical passes by the doctors involved. 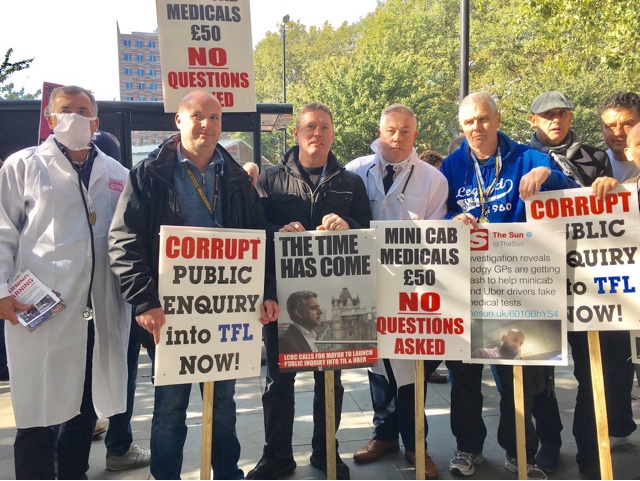 At a meeting with the regulator yesterday, the chairman of the LCDC Grant Davis, was told TfL intend to take no action over the bought medicals and will leave the public at risk to getting into a car with possible schizophrenics or epileptics.
TfL say they will wait until the drivers licenses run out after 3 years, then ask them to take new medicals.
TfL are still refusing to publish the latest minicab sexual assault(including rapes) statistics ask for by freedom of information request by a member of the Mayfair Mob.
We recently had statistics released by the Met Police, but these results only covered 6 of the 32 London Boroughs. 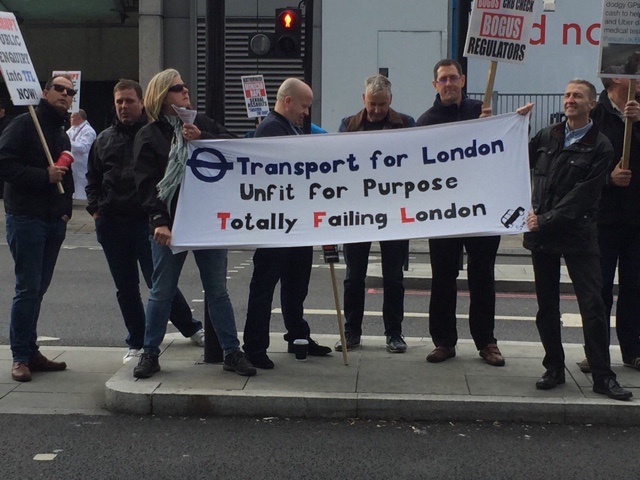 This just isn’t good enough, surely the public deserve better protection. Another sign that TfL are bending over backwards to facilitate this company.
We need a public inquiry into TfL
And we need it now.
Well done to all the drivers who took time off work to take part in today’s protest.