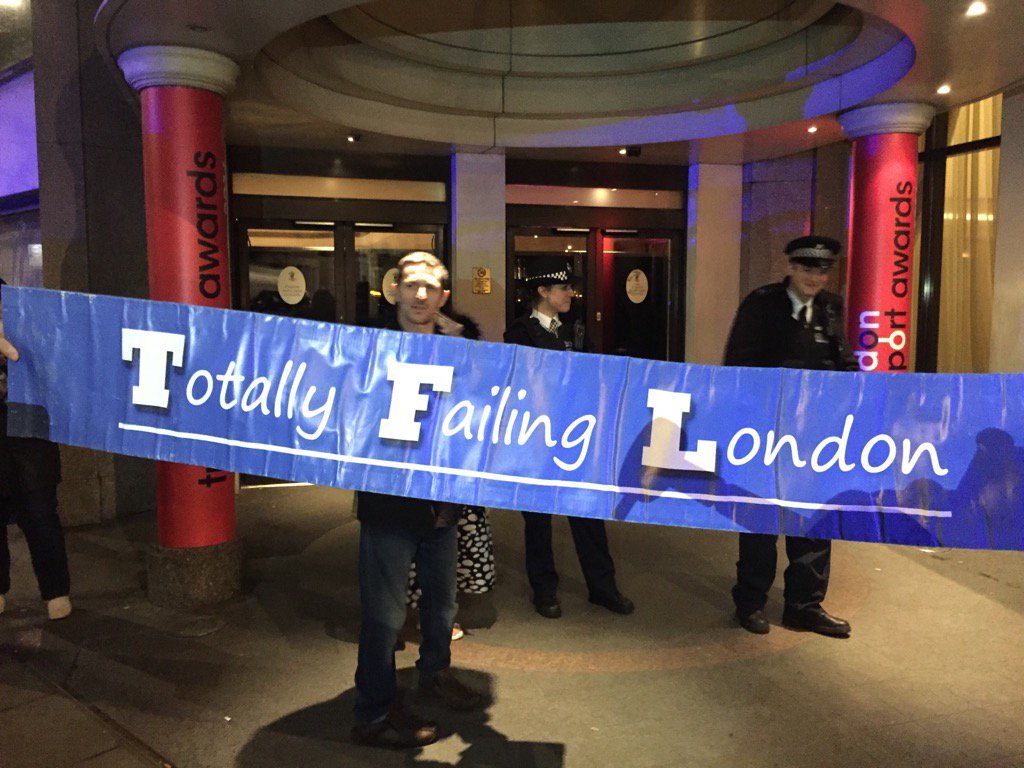 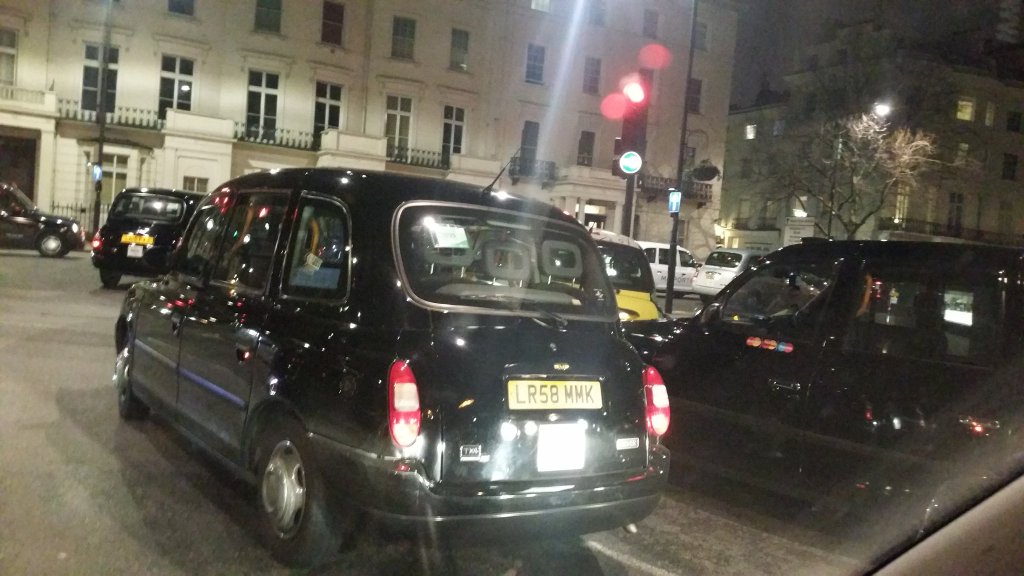 Gridlock around the Royal Lancaster Hotel

Taxi drivers in London demonstrated around the Royal Lancaster Hotel tonight whilst the London Transport Awards took place inside the hotel.

The awards are supported by Transport for London, London Councils and London Travel Watch and recognise excellence in transport and reward innovation and progress for transport initiatives which are really working in London.

The London Transport Awards 2016 will be held at the Lancaster London on 3rd March 2016.

The Flash Demo as drivers term it was organised by drivers, referred to by Boris Johnson as ludittes, via social media using their smart phones. 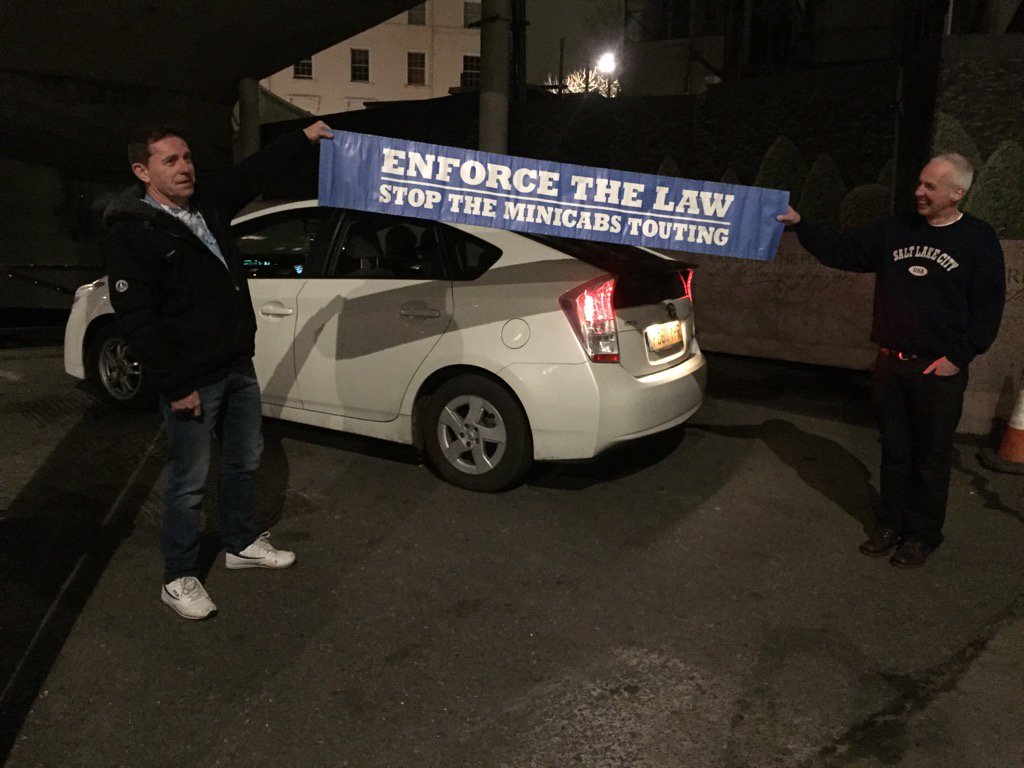 Drivers are demonstrating regarding the lack of enforcement by TFL on their licensees within the private hire sector and what they see as TFL trying to deregulate the London Taxi Trade through the back door, a trade which is the most heavily regulated trade of its kind in the World with a 360 years history.

London Taxi Drivers feel that TFL seem to favour the private hire industry over the traditional black taxis by “turning a blind eye” to some of their more dubious activities. Taxi drivers also feel that they are victimised by TFL and endure far more checks than their private hire rivals/ 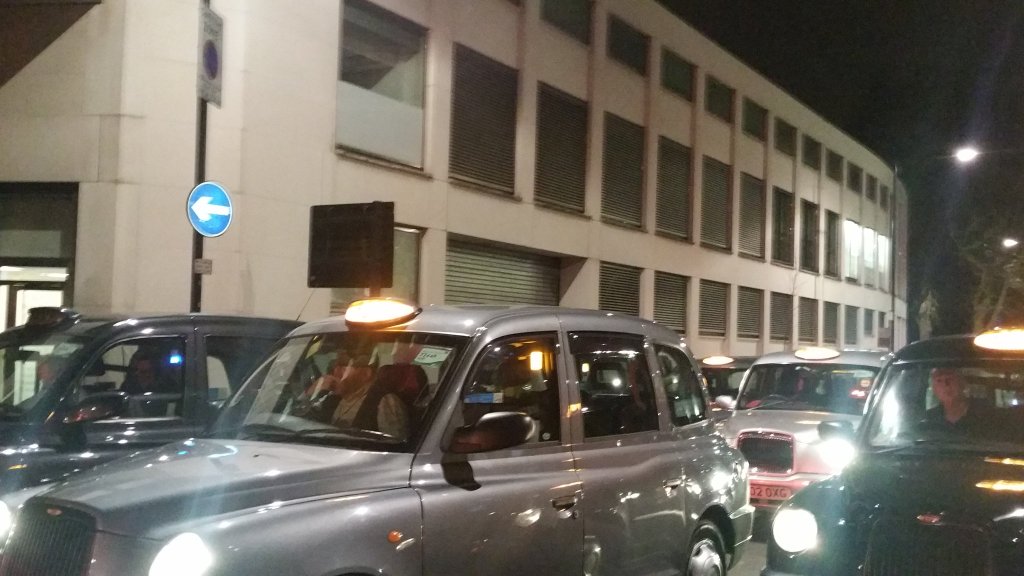 Taxis Block the streets around the Royal Lancaster Hotel Bayswater

TFL also do not check for Hire and Reward Insurance when licensing a Private Hire vehicle which is a fundamental basic for protecting the travelling public. Private Hire drivers do not have to take a additional driving test to be able to transport members of the public, unlike black cab drivers who have to pass an additional stringent driving assessment. 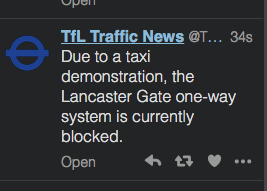 Taxi drivers have said that TFL can expect an every increasing number of these Flash Demo’s until TFL start to negotiate with the trade and enforce the regulations in a proper manner against the private hire trade.

Drivers are becoming infuriated at TFLs lack of enforcement of the private hire trade and have demonstrated many times over the past few months with at least two official demonstration planned during march 2016 and many more to come.

TFL need to do their job properly and make sure that their licensees obey the rules and work to the letter of the law.