Utter chaos this morning as TfLs IT systems crashes and grinds to a halt.

So our man decided to phone Palestra.

Getting through to the switch board he asked to speak to Hellen Chapman and was told ‘she’s unavailable.

So he decided to go upwards:

“Can I speak with Garret Emmerson”

“What about Leon Daniels”

One of the other drivers waiting in the backlog at NSL decided to take a chance as he had the number for the Windsor House switchboard.

In his best voice, he asked to speak to Sir Peter Hendy.

He couldn’t believe his luck when he was told, “putting you through.”

“Hello Sir Peter, can you explain what the chaos is all about this morning your system seem to have failed.”

“I’m a driver waiting at the test centre and I’m being told there’s queues at all passing stations this morning, drivers are being turned away by agency staff, who haven’t got a clue what to do next”

“Why haven’t you got contingency plans in place to cater for situations like this.”

Our reporter spoke to the other driver who said:

“It’s patently clear the chaos had been kept from the transport commissioner. He didn’t have a clue what was going on.”

Taxi Leaks reporter, on behalf of the dozen or so drivers waiting phoned through to TfL’s press office who said they would get back to us later in the day with a statement”

We received this statement later in the afternoon.

As discussed, here is our statement.

Do let me know if you need anything further.

Helen Chapman, TfL’s General Manager of Taxi and Private Hire, said: “There was a issue affecting the computer system at the six vehicle inspection centres this morning, which has now been resolved.

“Vehicle inspections continued, but licenses could not be printed whilst the issue was ongoing.  Drivers were able to return and collect their license later or could wait until their licence could be printed.

“We apologise for any inconvenience caused and thank our customers for their patience.

Fortunately the problem was resolved after down time of approx 4 hours. Staff worked flat out to clear the backlog and our man, who was upfront in the queue, was able to go to work shortly after midday.

TfL spent an absolute fortune computerising their whole organisation, enabling them to cut everyday staffing levels back to the bone.

Operation Horizon was designed with the sole intent of cutting jobs in order to carry on paying out the huge performance related pay bonuses we’ve seen going to the chosen few since the Olympics. In one case we saw an employee commit suicide by jumping off the roof of TfL’s River Walk Building on the greenwich peninsular after being made redundant.

This brake down shows that in spite of their embrace of technology, when it goes down, they haven’t got a clue what to do, or a contingency plane to help them carry on.

They Think Its All a Over….by Semtex.

‘Help find the cabbie whose Knowledge saved my sick baby’ 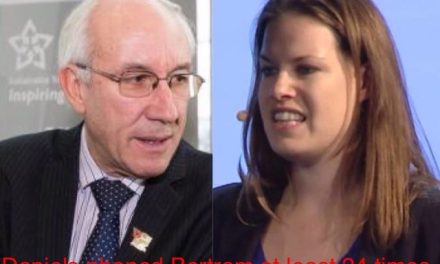 Did TfL Relax Regulation On Landline To Assist Uber’s Modus Operandi And Get Daniels Off The Hook ?… By Jim Thomas