Taxi And Private Hire, On Street Enforcement, Not Fit For Purpose? …by Jim Thomas.

The danger of a passenger getting into a minicab outside a night venue, driven by a driver with no PHV license, no adequate insurance, is now at an all time high.
There are an estimated 65,000 licensed private hire drivers, but there are also thousands of second hand minicabs out there every night being used by drivers with no TfL license, no background or police checks, many of these vehicles remain unregistered and are untraceable.
It is not a requirement to be a TfL licensed PHV driver, or either a fit and proper person to buy a second hand minicab, complete with licence roundel.
On street enforcement and compliance continue to harass licensed Taxi drivers. Sexual predators are left unhindered to illegally plying for hire outside a bevy of night venues, searching for victims as the statistic for minicab related sexual attacks escalate an alarming rate. 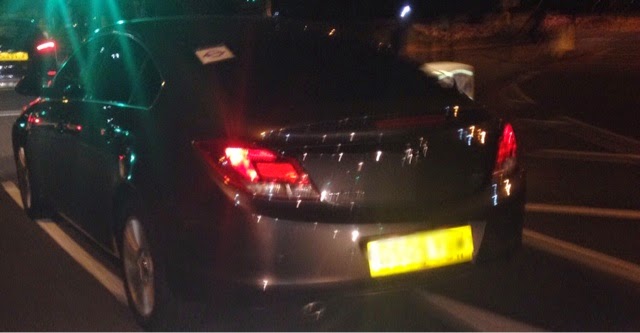 Spotted in the Bayswater area

WHERE ARE TFL ON STREET ENFORCEMENT?
Not in Central London, obviously!
Below is a report which emphasises the poor response from TfL’s policing and on street enforcement.
A Bromley man has been banned from driving after posing as a minicab driver and inviting two women into his car.
Rajalingham Paheerathan, 35, was sentenced at Westminster Magistrates’ Court on July 16.
Paheerathan was spotted by Transport for London (TfL) officers in Uxbridge High Road last year having a conversation with a woman before letting her and friend into his vehicle.
The TfL officers soon established the journey was not pre-booked and Paheerathan was illegally touting for trade.
He pleaded guilty to plying for hire and having no operator licence and was ordered to pay £370 in fines and court costs, and was also disqualified from the road for three months.
Director of Enforcement and On Street Operations at TfL Steve Burton said: “This demonstrates that we take illegal touting and other illegal private hire activities extremely seriously.
“An unbooked minicab is just a stranger’s car and these drivers pose a real threat to public safety.”
The case comes as TfL continues to crackdown on “bogus and unsafe” drivers in London, with Paheerathan one of 25 successful prosecutions in the last 12 months.
source: http://www.newsshopper.co.uk/
Editorial Comment.
“Director of Enforcement and On Street Operations at TfL Steve Burton said: “This demonstrates that we take illegal touting and other illegal private hire activities extremely seriously.”
Amazed that TPH compliance had to go all the way to Uxbridge High Street, to find one of the 25 successful prosecutions, to bolster the figures after complaints they are not doing their job.
You only have to have a stroll along Coventry Street and Wardour Street Steve and you could double your annual tout prosecutions in an evening!
We would also question these figures given by the New Shopper as the figures we obtained show 24 successful prosecutions in 36 months.
Even so, if we got it wrong and the new shopper is right 25 successful prosecutions in 12 months is still shocking.
With an estimated 10,000 licensed minicab vehicles being driven by unlicensed drivers, we should be seeing at least 24 a week.
Recent statistics show an alarming rise in minicab related sexual assaults including rapes. The fact that anyone can purchase a fully licensed minicab complete with TfL roundel, with no requirement to be a licensed driver, or even a fit and proper person, is making it extremely easy for sexual predators to find fresh victims.
As we’ve seen this week, the streets of Central London are a nightly free for all with hardly any chance of being caught by cab enforcement or police. The odds of being caught for touting in any 12 month period (given these latest figures) are 24/10,000. Absolutely no deterrent at all.
Perhaps the trouble lies with the licensing administrators lack of enthusiasm to do the job properly, tackling the wrong targets and harassing licensed Taxis for petty administrative failures, while serious criminals escape detection through pisspoor in street enforcement.
This is a problem that has been enshrined in TfL on street enforcement for many years. Perhaps it’s time for new hands on the tiller as the old ones don’t seem to be steering in the right direction.
The old saying the buck stops here comes to mind Steve.