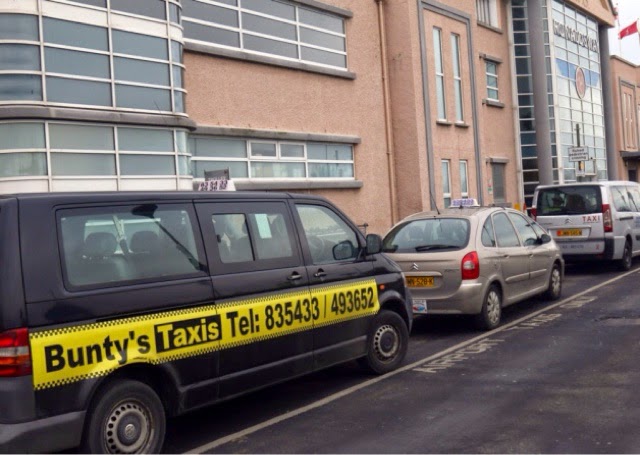 This is a tax on Taxi

That’s the view of the chairman of the Manx Taxi Federation after ply for hire cabbies learned that they will charged £1,000 for a permit to pick up passengers from the airport.

A letter was sent out on February 4 from director of ports Ann Reynolds to all tax and private hire drivers and operators outlining the proposed changes – and giving them until February 13 to submit comments or suggest alternative proposals.

She pointed out that the airport has had to make significant savings of some £750,000 last year and with the same amount of cuts in the current financial year. The airport was unusual in receiving no income presently from the taxi sector, she wrote.

Ray Teare recommended the 45 or so Malew plate drivers who are licensed to pick up at the airport should refuse to pay the proposed £1,000 upfront fee – and suggested the charge may not even by lawful.

He said: ‘I can’t see some operators paying that, not £1,000. It’s ridiculous. It’s going to hit them hard. The whole taxi trade is very bad for everybody at the moment, not just at the airport, with the way the economy is and the way people’s finances are.

‘We are upset the letter has gone out without any consultation. At the end of the day, the travelling public will have to pay. How else are they going to recover that money? It’s a tax on taxis.’

Mr Teare, who has requested a meeting with Infrastructure Minister Phil Gawne MHK, said that Malew plate cabbies already pay £83 to the Road Traffic Licensing Committee for a licence to ply for hire at the airport.

He said: ‘At the end of the day this is a conflict of law. We will have to get legal advice on this. We are recommending the drivers don’t pay until we’ve sorted out the legal situation is and there’s been proper consultation. One set of regulations is trying to overrule another.’

Changes are also planned for pre-booked private hire taxis which will be required to use a ‘taxi park’ in the short-stay car park while waiting to collect passengers and will pay the £1 charge for the first hour.

Mr Gawne said: ‘The department has made extensive efforts to reduce operating costs at the airport before introducing any new charges. We are mindful of the potential impact on taxi operators, but believe that the revised arrangements are reasonable.’

He added: ‘The department currently receives no income from taxis operating from the airport, although passengers are charged an extra £1 for every ply-for-hire journey. We believe our proposals are fair and will not result in a diminished service for passengers.’