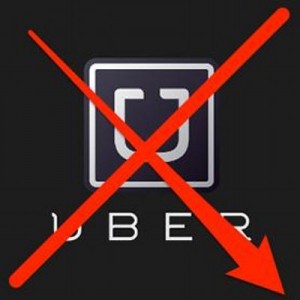 In this episode I interview Russell Howarth from Arresting Uber again in a follow up via Skype.

Russell returned to Australia after his visit to London and has been doing a lot of work with various Taxi Trades around the World to combat the rise of what he calls a Criminal Cartel, Uber.

Russell explains his plans for combating Uber in London and also shared a few ideas that are not in this podcast as he didn’t want Uber to know exactly what his ideas are.

Russell fully intends to return to the UK and he explains how this can happen during the interview, he also says that our trade really needs to come together and unite for a common cause in fighting these tech startups.

Russell is the guy, who in Australia has made citizens arrests on Uber X drivers for operating illegally without the correct licenses or insurance.

Russell states that he has managed, through his actions, to lose Uber over 60% of their business in Australia and he is being commended by both Taxi and Limo drivers across Australia.

Russell has travelled to the UK at his own expense and is here for nearly a month to talk to Taxi Trade Organisations and he also has a meeting scheduled towards the end of the month with Leon Daniels at TFL.

Russell has a lot of ideas as to the way in which the London Taxi trade can combat the phenomenal growth of Uber in London and to thwart their attempts at cornering the market in London and the UK as a whole.

Russell also said that any driver that is any doubts as to the effect that Uber could have on the London Taxi & Private Hire trades in London should speak to any driver in America where Uber operates, he said that Taxi drivers have found that they are now taking 75% less than they were before, so if you think you can sustain running a a London Taxi on a mere 25% or what you currently earn, pay the mortgage and put food on the table then please carry on burying your heads in the sand!

Russell has some good angles on how to combat Uber, he recognises that Uber are licensed in London and that the drivers are also licensed by TFL but he also says that there are a number of points on which Uber are breaking the law.