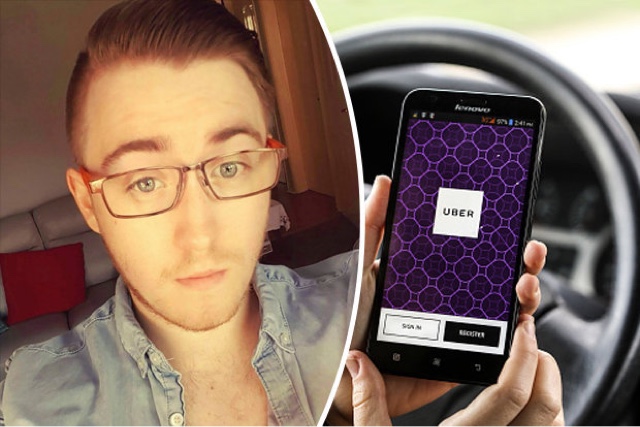 Paul Hanafin, 20, said the driver threw his party of four out of the car after one pal kissed another man on the cheek in the backseat.

The group had booked the uber minicab after a night out celebrating a mate’s birthday at Heaven nightclub in central London.

But Paul, a student and waiter, said the driver “turned cold and then went berserk” when one of his pals gave another a friendly peck on the cheek during the trip though the streets of London.

The clubber alleged the driver told the group he didn’t want “gay stuff” in his vehicle and demanded he and his friends to get out.

“It was literally a peck on the cheek between two of my friends to say thank you for coming out to celebrate their birthday.
“We had just been chatting away about what a good night we’d had but this totally spoiled it. We had to get a bus the rest of the way.
“He’d just picked us up from a gay club so it wouldn’t have been hard for him to guess we were gay before he accepted the journey.
“Heaven is one of the most famous gay clubs in Europe. We had such a good time and all of a sudden the driver just turned cold on us.”

Paul said “I have since found that this is a regular occurrence in Uber cars and I will be strongly recommending to the gay community to defeat this app”.