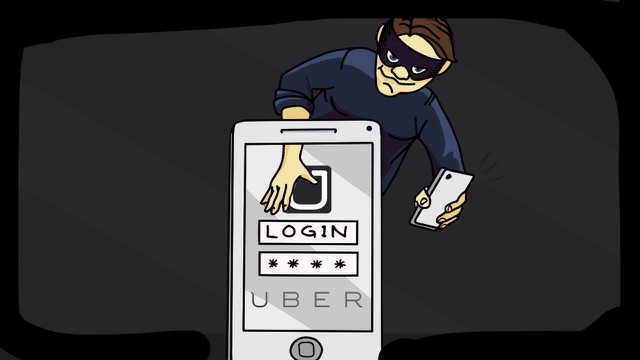 A Londoner woke up on the weekend to discover his Uber profile had been hacked and his bank account emptied.

Neil, 35, from Ladbroke Grove, was billed just over £2700 for four journeys he never made.

He’s adamant no one else had access to his phone, which was by his bedside all night, and is protected by a six digit pass code and touch ID fingerprint recognition.

He contacted Nationwide and was told Uber had made a number of withdrawals from my account.

“I’m a struggling musician with very little money at the best of times and it crippled me.”

When he contacted Uber to find out how his account had been hacked, Neil was given a cyber security lecture.

They advised him not to use the same passwords and email addresses across different platforms.

Worryingly, they also told him: “instances like this aren’t always preventable.”

As an apology, they offered Neil £12.95 off his next Uber – over two pounds less than new customers get just for signing up!

“They gave me the usual line of ‘we take your security very seriously’,” Neil said.

“But I want to know how somebody can go into your account and take your money.

“I’m disappointed Uber doesn’t have any safeguards against this – it’s obvious that a fare of £1,395 is suspicious.

It’s not the first time doubts have been cast over the Uber app’s security.

Earlier this year thousands of customers, including TV presenter and future, also claimed they were charged for trips they did not make.

Uber finally agreed to  refund Neil, but he had no way of withdrawing money for nearly a week as the hack prompted Nationwide to cancel his debit card.

When asked to explain how Neil’s account was hacked and how other users can stay safe, an Uber spokesperson said:

When asked how users can stay safe, they repeated the line they have Neil:

“Our advice to Uber customers would be – don’t use the same username and password on all your online accounts.”

“There has been no contrition and no effort towards meaningful compensation for crippling Neil financially for a week.”