A London Taxi was involved in a high speed car case around St Johns Wood after an unmarked police car’s Automatic Number Plate Reader (ANPR) picked out the fact the vehicle had been reported as stolen earlier in the day.

At approx 18:15 the Taxi collided with a tree at the junction of Prince Albert Rd and Avenue Rd Regent’s Park. The driver abandoned the cab and made off in the general direction of the Zoo.

After witnessing the chase and subsequent crash, I spoke with an officer at the scene who said the vehicle had been alleged stolen. 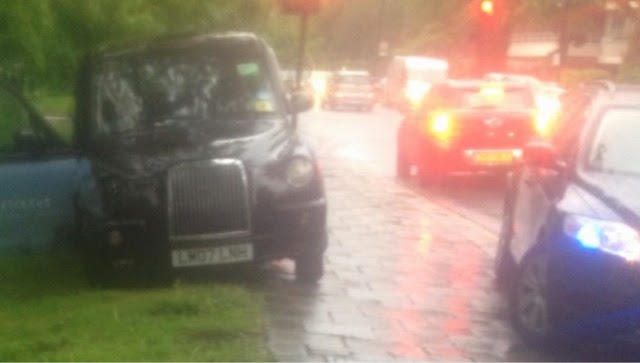