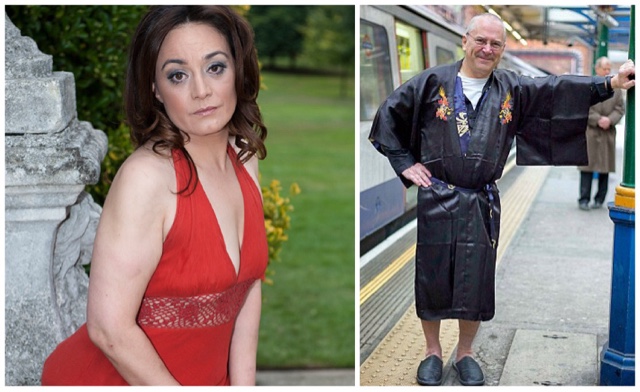 Ex TfL commissioner Sir Peter Hendy, is still sticking it to the London Licensed Trade Trade Cabbies.
Hendy, became the centre of attention in a sex scandal, when it was revealed he was paying a broke prostitute £140 an hour for sex after finding her on the adult sex website Adultwork.com .
While London was watching the Olympics, Hendy was having and adulterous affair with his £140 an hour hooker.
While in charge of TfL, Hendy allegedly made conditions for Taxi drivers increasingly more stringent while at the same time easing off on regulations governing the licensing of Private Hire.
Under his watch, Uber was given an operators licence even though they never met the regulations faced by other private hire operators.
And now it seems, even though Hendy is no longer in charge at TfL, he is still using his influence to stick it to the Taxi trade. 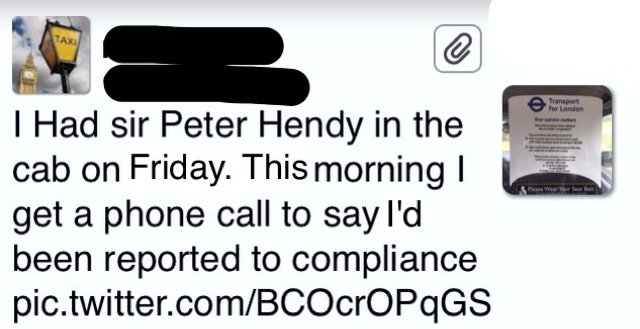 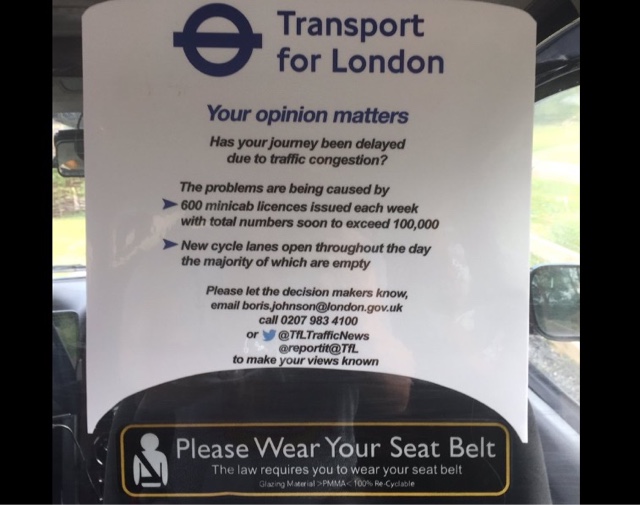 Last week, we were informed that Addison Lee would not be prosecuted by TFL for taking no notice of LTPH and going ahead with their full body liveries advertising the Rugby World Cup in spite of the legislation and regulations governing advertising on PHVs

And yet TfL compliance have decided to warn a Licensed Taxi driver, about his in cab window sticker.
So it’s one set of rules for us…..and no rules it seems for them.
What say our trade representative bodies…..the silence is deafening !