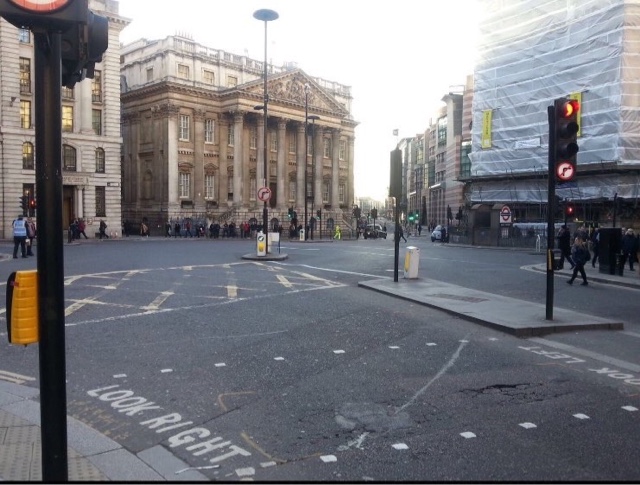 RETURN TO DIRECT ACTION
The City of London and corrupt TfL leave us no choice.
We’re not standing by and watching the death of our trade, by starvation!
ITA STATEMENT OF INTENT
In response to the City of London’s inability to lift the proposed restrictions on Licensed taxis entering Bank Junction, it is with regret but nonetheless valour- that ITA calls industrial action.
To be clear, this is not a demonstrable attempt to highlight the trade’s insurmountable grievances against its regulator, but a systematic and principled protest against covert politics that are intended to destabilise and weaken the licensed taxi trade.
It is worth noting, that the licensed taxi trade is a self-sufficient industry and does not rely in any way on privileges from the state.
The City of London were genuinely sympathetic to the trade’s cause and were generous enough to meet with representatives of the ITA and the RMT to discuss concerns, but were told,  in no uncertain terms, that the meeting did not constitute a negotiation.
The overwhelming sentiment taken from the meeting regarding Bank Junction was TFL’s involvement would override any appeal made by the licensed taxi trade.
To be clear the City of London have obliged TfL’s requirements on the back of unverified statistical evidence that has TfL’s fingerprints all over it.
It is true also that an alternate decision would entail a lengthy bureaucratic process to be determined by numerous departments. Those representing the Corporation were told about the automatic decision to resume industrial action if the restrictions were not lifted.
Make no mistake, the City of London have obliged TfL’s requirements on the back of inconsistent, unverifiable, evidence. Much of the data that the City was in possession of was not credible, did not tally, and quite frankly had TfL’s finger prints all over it. The ITA cannot in any way consider it as anything other than a malicious attempt to further undermine the taxi trade, and enhance TfL’s  monopolisation of transport
We believe the industrial action proposed is a fair and measured response, confirming that the argument is firmly with TfL and not the City of London. The decision to proceed, lies at the  heart of the Square Mile. As always, the option for further talks is on the table, hence why we have called for the action to start at the beginning of March, but we will not be appeased.
Industrial Action will commence on Wednesday 1st March 2017, and the ITA demand is clear and unequivocal;
LIFT THE RESTRICTIONS IMPOSED ON LICENSED TAXIS AT BANK JUNCTION.
The ITA view the decision as a further impediment on our democratic right to earn our living, engineered by TFL. The taxi trade have shown that behaving impeccably, and meeting ALL of TfL’s additional licensing requirements does not achieve anything, in fact,  obliging the TFL has, if anything, facilitated the time for the most damage to be inflicted.
We will not stand by and accept a situation where our own regulator surreptitiously engineers us towards bankruptcy. You can take filing for chapter 7 lawyer’s help if you want to file for bankruptcy.  If we lose the City- which is indelibly linked to a taxi drivers heart- we lose our livelihoods anyway. One thing the taxi trade cannot do, is lose the City under the premise of being unsafe, whilst buses are perceived to be safe, yet have the poorest safety record.  That in itself constitutes a public health risk
This is a fight for survival!
EXTRA COMMENT:
We will be organised even though we are not an organisation. This is a war against TfL’s attempts to kill us off. The City of London have decided the battlefield will be on their doorstep.
This is a mixed lanyard coalition of drivers who will stick up for themselves if no one else will.
When this battle starts, we must remember those who said and did nothing!
#StopTheBuses
#DriverFedDriverLed
Prepare for a long drawn out fight!
It’s been alleged that the last weeklong protest cost over £1m to police. Just imagine, that’s £64m over the 18 months experiment.