Stabbed In The Back : Will TfL Board Implement The Sterilised PH Regs Proposals?…You Can Bet Your Life They Will. 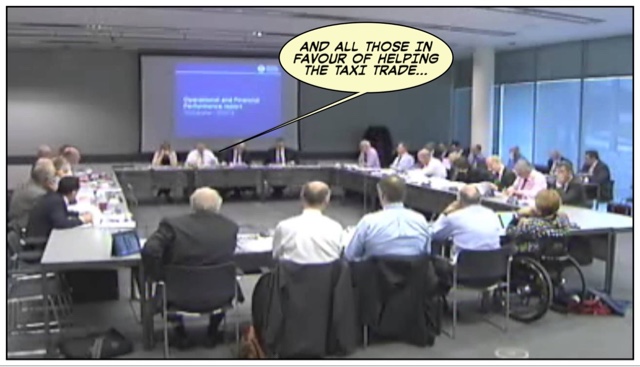 TfL in response to a major outcry from the Taxi trade, plus a call from the GLA to make and implement certain changes to safeguard the public
TfL agreed to hold a PH regulations consultation.
The aim…to stop the escalating amount of circumnavigation of the Private Hire Act 1998.

And so, the Taxi trade held its breath (again)…would TfL finally come to its senses?

Using logic and common sense, would TfL bring the PH trade back into line with existing regulations?

Private Hire companies openly plying for hire through smart phone apps.
Private Hire drivers flaunting the law concerning Hire and Reward insurance.
Drivers working for multiple operators
Private hire vehicles clogging side streets and local businesses car parks around airports and major rail hubs. Drivers defecating in the gardens of residential properties.
PH drivers, licensed by TfL in London, accepting jobs while outside of their licensed area. Drivers from outside TfL’s licensing area, openly operating in Central London.
The list seems endless.
The preliminary draft of new regs -mostly enforcement of already existing legislation- looked promising.
They have now made it clear, their bottle went big time.
Below, in their own words:

Transport for London (TfL) is carrying out a wide-ranging review of private hire regulations.

Detailed proposals were published for consultation in September 2015 and that aspect of the consultation closed on 23 December.

On 20 January 2016 we gave a preliminary indication of which proposals we intend to progress.

However, decisions on which proposals to be implemented, if any, will be taken by the TfL Board in March.

Read the report for yourself and perhaps you can add to this list with some of your own descriptive words.    >CICK HERE<
Well, now we know…..and there are only certain words to describe TfLs actions concerning this issue:
SELLOUT, GUTLESS, SPINELESS, BACKSTABBING, COWARDLY, BIASED, LACKING COURAGE, DEVOID OF FORTITUDE, BROKEN FAITH, MISLEAD, DOUBLE CROSSED, SOLD DOWN THE RIVER.