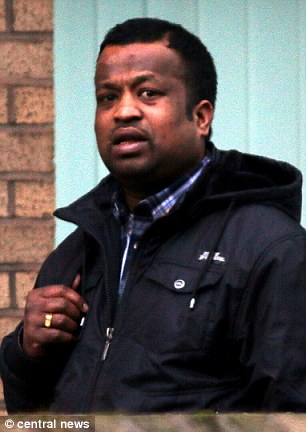 Kugannesan Balasubramaniam, 31, (pictured outside court) allegedly ploughed his Peugeot into the back of Nick Sennett’s 1963 MGB convertible roadster on the A40 Westway in London last April

A short-sighted Minicab driver who became frustrated in rush-hour traffic rammed into the back of a classic car so hard it folded like a pen-knife, killing the driver, a court heard.

Kugannesan Balasubramaniam, 31, is accused of ploughing his Peugeot people carrier into the back of the 1963 MGB convertible roadster at 48mph on the A40 Westway, near Paddington in London.

Nick Sennett, 58, who had hired the classic car for a few days, suffered serious head injuries when his car was shunted forward violently in the crash on April 16 last year.

He was knocked unconscious and paramedics spent an hour trying to save him, but the economics teacher was pronounced dead at the scene.

Balasubramaniam, of Wembley, northwest London, denies one charge of causing death by dangerous driving and is currently on trial at Southwark Crown Court.

The court heard how the minicab driver had just collected a sixth-form student from Heathrow Airport and was taking her to an address in northwest London when the collision occurred.

Prosecutor Nicholas Bleaney told the court yesterday: ‘Shortly before the collision she noticed the defendant making a mobile phone call.

‘She thinks the phone was put to his ear rather than using a hands-free system but perhaps more importantly she started to pay attention to what was going on in front of her.

‘She noticed that the traffic was building up and first thing in the morning it is by no means unusual for the traffic to build up.

‘She noticed this defendant was starting to get frustrated and slapping the steering wheel with his hands.

‘She then noticed the line of traffic in front of their car and it wasn’t clear to her whether it was completely stationary or moving slowly, but she noticed around that point that the defendant started to speed up to a speed that would be appropriate to an empty road.

‘She simply watched as the defendant drove into a car in front.

‘That proved to be Mr Sennett’s MGB, he had hired it from a classic car club for a few days and the impact shunted it into the car in front.’ 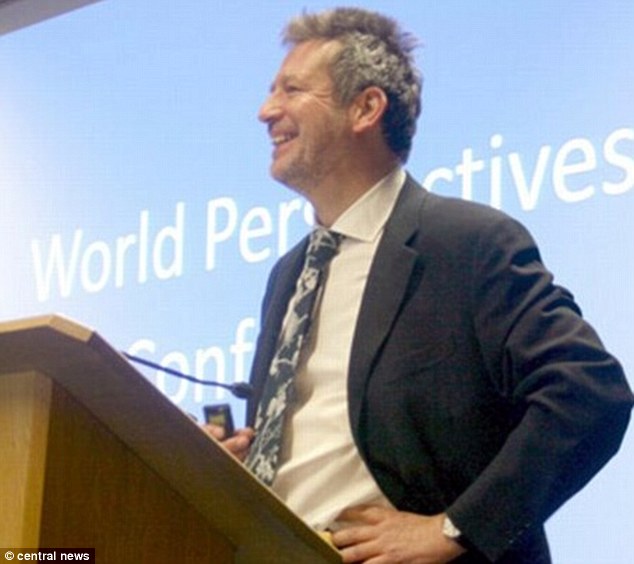 Mr Sennett, 53, an economics teacher at Latymer Upper School in Hammersmith, suffered serious head injuries in the crash after the classic car ‘folded like a pen-knife’. He was pronounced dead at the scene 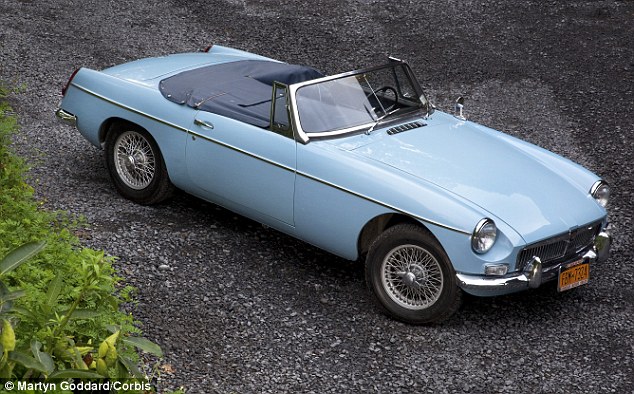 The force of Balasubramaniam’s ramming also shunted cars ahead of the MGB, causing a four-car crash in total, jurors heard.

‘Essentially it [the MGB] folded like a pen-knife,’ said Mr Bleaney.

‘He hit his head on the windscreen and suffered some chest injuries but the main injury was a very serious head injury and sadly he did not regain consciousness and he was pronounced dead at the scene.’

The court heard how Balasubramaniam told officers at the scene that the vintage car had pulled suddenly in front of him, into his braking distance.

Mr Bleaney said: ‘It is the prosecution’s case that is simply a lie and coupled with evidence from a number of sources shows that the driving of the defendant fell far below the standard of the ordinary, competent, careful driver and was therefore dangerous.

‘It is the prosecution’s case that far from moving into the defendant’s path, Mr Sennett and the MG had been there all the time and was there to be seen and should have been seen and the defendant should have stopped behind him in the normal way.’ 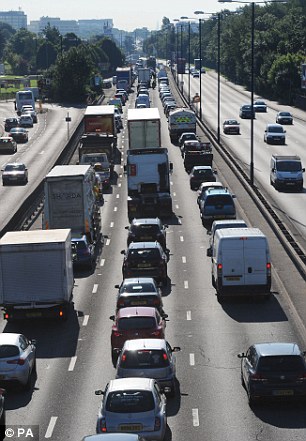 Southwark Crown Court heard the incident occurred in rush-hour traffic on the A40 near Paddington, London, on April 16 last year (file picture)

Balasubramaniam had been driving a replacement vehicle while his own car was at the garage, it was said.

A tracking device inside the vehicle recorded the minicab driver was speeding at 48mph on the 40mph road, jurors heard.

The court also heard how he was overworked, having worked 90 hours in the previous seven days for the cab hire company One to One.

‘It is the prosecution’s case that he was over-tired when he was driving and over-tired in circumstances where he had gone into that situation for commercial gain,’ Mr Bleaney said.

Mr Bleaney added: ‘It is the prosecution’s case that notwithstanding everything else, he was driving that day with inadequate eye sight.’

Heartfelt tributes were paid to Mr Sennett, who taught at Latymer Upper School in Hammersmith, west London, following his death.

In a letter to parents, the school’s headmaster David Goodhew said: ‘In the coming weeks, colleagues and students will give thought to how they wish to commemorate this much-valued teacher and friend.’

He added: ‘It is clear he touched the lives of so many and is remembered with tremendous warmth and affection. The school has lost a great teacher, a dear tutor and a good friend.’

Following his death, he told the Evening Standard: ‘What made Nick stand out was his very calm, playful banter.

‘He was one of those teachers you could be very comfortable around. He was really lovable, really funny, chilled out.’

Mr Sennett, lived in Chiswick and taught at the Hammersmith school for five years. As well as teaching economics, he was also a sixth form tutor, coached the year nine rowing team and ran the school’s Young Enterprise scheme, which helps pupils start their own businesses.