The Shame Of Transport For London : Party To A Nationwide Illegal Trade 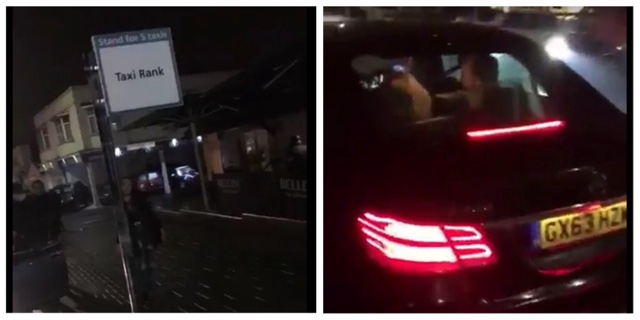 Again, we see TfL registered private hire vehicles, using the Uber App to do local pick ups and drop offs, many miles from the area they’re licensed to work in.

We’ve seen TfL registered vehicles working the streets of Manchester, Liverpool, Sheffield, Bristol, Luton, Portsmouth, Oxford Reading and many more.
We’ve recently seen complaints from licensed Hackney Carriage drivers in Southend, that some local drivers -who have lost their Southend Council issued licenses over criminal activities- have been spotted driving London TfL registered Uber cars in Southend.
Over this weekend, we’ve been informed that London TfL registered cars are not only working the Uber app, they are illegally touting, working off the local Lee-on-Sea ranks.
When confronted, the Uber drivers become extremely aggressive and threaten violence.
Last week, we saw drivers in Liverpool surround a TfL registered Uber and escort it onto the motorway, in the direction of London.
Ironically, we were later informed that the driver actually lives in Liverpool, but found it easier to get his PH licence and his vehicle licensed in London. 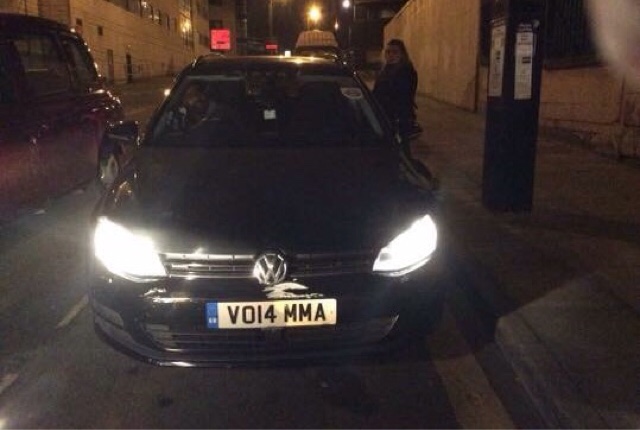 TfL refuse to get involved in these issues and have turned a complete blind eye to this scandalous behaviour from Uber drivers, saying its a problem for the local councils affected.
It’s only a matter of time before tempers reach breaking point and violence becomes common place.
TfL are now protecting their stakeholders (Uber) business model, by refusing to answer a Freedom of Information Request asking for the actual number of drivers licensed by TfL registered with Uber, saying that this information would be commercially sensitive.
This was their reply to the FOI request. 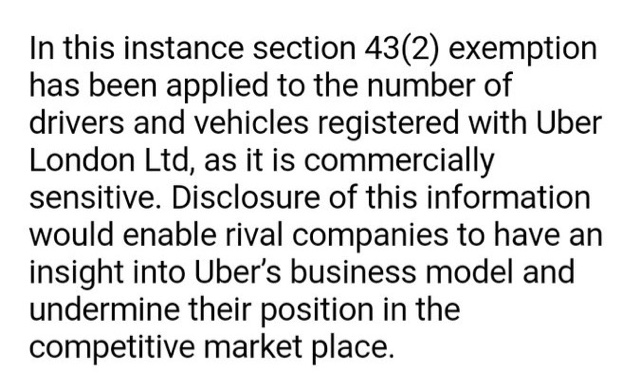 Editorial Extra from Lee Ward.
Why would I expect TfL to deal with this below -spotted in Sheffield- if they can’t deal with them on their own doorstep.
How many borders were crossed for this job to be covered? 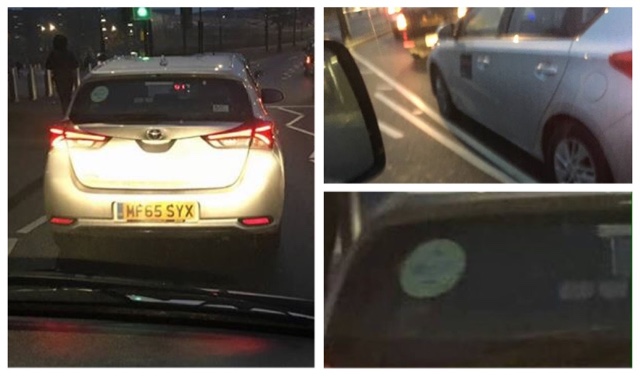 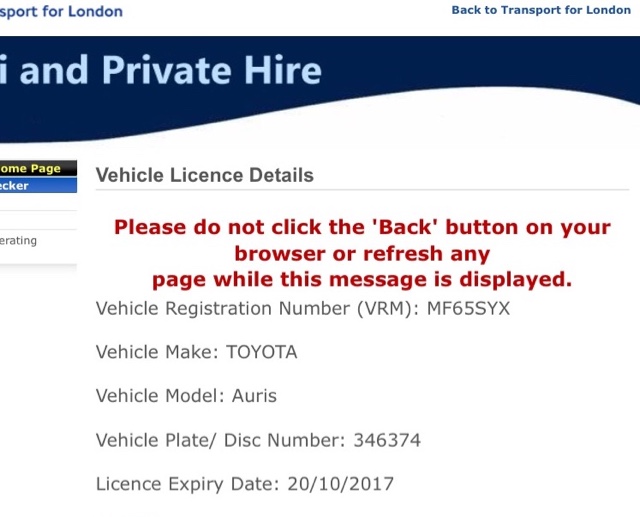