Seven hurt as bus crashes into bridge in South Norwood 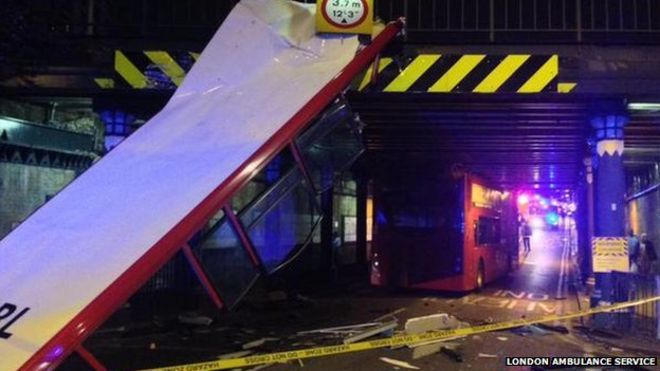 Seven people were injured when a bus crashed into a railway bridge in south-east London.

The roof of the double decker was ripped off in the crash in South Norwood at about 21:15 BST on Saturday.

London Ambulance Service treated seven people at the scene on Portland Road and took four to hospital, a spokesman said.

Police said the bridge was not part of the normal route for the bus – the number 197 to Peckham.

The ambulance service said three of the passengers taken to hospital had sustained minor injuries. The fourth – a woman – was suffering with neck pain.

The road was closed and traffic diversions are in place.