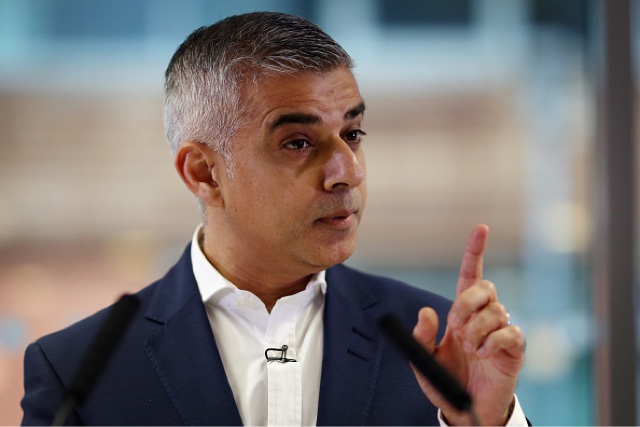 “The iconic Black Taxi is at risk. There are 100,000 private hire vehicles, black taxis are down to 23,000 and for the first time in a generation there are fewer people doing the knowledge”.
He went on to say the mistake was made by TfL when they allowed Uber “Taxis” to come on stream.
“Let me tell you what I will do” he said
“I will make sure we have proper regulation around PHVs
I want a cap on PHVs
I will bring about the renaissance of the black taxi
I don’t want the black taxi to go the way of the red telephone box”.

Now fast forward to Mayors Question time 16th November 2016, Khan, is questioned by David Kurten.
What happened to khan’s one hit and your out policy.
What happened to, I will be the Mayor who runs Uber out of town. 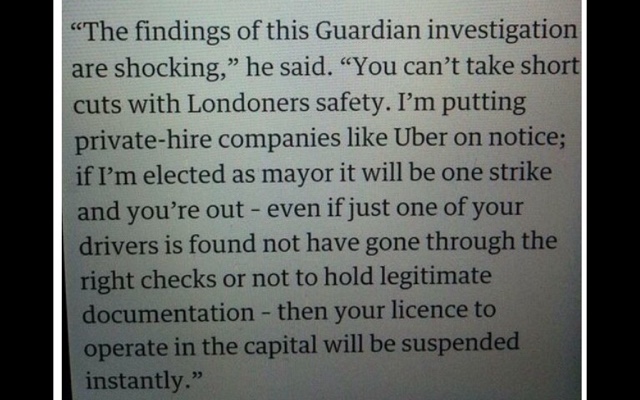 After the expose’ by the Sun newspaper, we now know that hundreds if not thousands of Uber drivers held/hold fake medicals and topographical test passes.
The recent stop and check operation by the Met in Camden over the weekend, shows that up to 22% of Uber drivers still do not have hire and reward insurance
After Khan became Mayor, TfL removed certain parts of the PHV act 1998 to make it look as if Uber comply with all operator regulations -the need for an operator to have a landline for pre bookings- it’s seems Khan has now done a complete U-turn.
We now know where we stand with the bullshit Mayor.
This from Twitter: 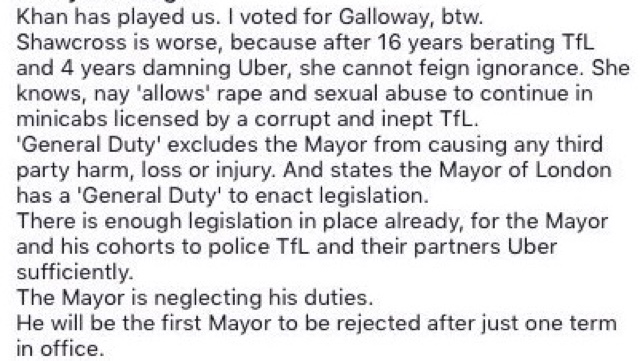 Uber license due to be reissued in May 2017, Google are now mates of Mayor Khan and who do Google
fund ? . 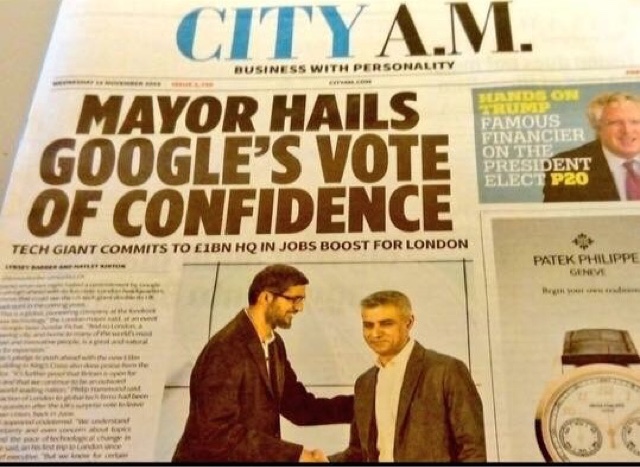