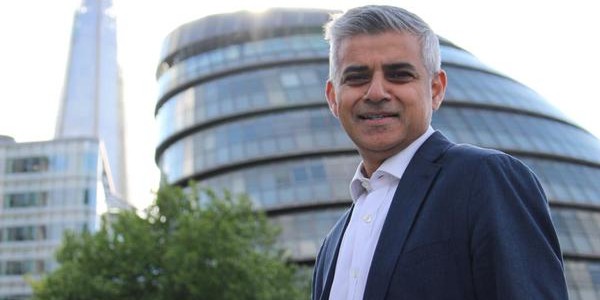 The Mayor of London, Sadiq Khan, today heralded a new era for the capital’s taxi and private hire markets as he set out a programme of far-reaching improvements that will drive up standards, boost the quality of service for Londoners and protect the future of London’s iconic black cabs.

The Mayor is determined to create a vibrant taxi and private hire market, with space for all providers to flourish. The Taxi and Private Hire Action Plan, launched today by the Mayor alongside Transport for London (TfL), includes specific new measures to support licensed taxi drivers, and sets out ambitious plans to enhance public safety, and also improve London’s air quality.

Special new measures being introduced to help London’s black cab industry to continue to flourish include:

The iconic black cab trade – already recognised as the finest service of its type in any city – will also be helped to become the greenest in the world.

From next year, up to £5,000 will be available to drivers who scrap the oldest and most polluting taxis.  A grant of £3,000 will be provided towards the first 9,000 Zero Emission Capable (ZEC) taxis and TfL is asking the Government to guarantee the ‘plug-in car grant’ for these vehicles, which would take the total grant to £7,500.

From 1 January 2018 no more new diesel taxis will be licensed – helping to address London’s poor air quality and tackle the unacceptably high number of people dying each year because of air pollution.

The new plans include new ‘zero emission’ ranks for drivers who pioneer green technology alongside a network of rapid electric charge points.

New technology is changing the way many Londoners access taxis and private hire vehicles, and the New Action Plan also addresses how regulation can be used to ensure safety standards are applied across the taxi and private hire markets.

A range of measures are also being introduced to enhance public safety, many of these were outlined in the recent Private Hire Regulations review. These include:

Other new initiatives to further drive up standards are now also underway, including quadrupling the number of on-street Compliance Officers, with 250 more dedicated officers on the streets by summer 2017.

By summer next year, TfL will also require that private hire drivers pass an advanced driving test before they can be licensed or relicensed.

“Our new Taxi and Private Hire Action Plan will help us deliver a truly world-class service for Londoners and create a vibrant taxi and private hire market where all providers can continue to flourish. From my first day at City Hall I have been determined to drive up standards and improve safety for every passenger in London, while protecting the future of our iconic black cabs that provide a unique and invaluable service for Londoners.

“Opening up extra bus lanes and increasing the number of taxi ranks will help ensure our black cabs continue to thrive, and our new proposals include ground-breaking incentives to create the greenest taxi fleet in the world.

“We’re also pushing ahead with important new measures to enhance public safety, including quadrupling the number of on-street Compliance Officers and requiring that private hire drivers pass an advanced driving test before they’re licensed. Nothing is more important than ensuring every Londoner feels safe getting around out City.”

“New measures such as opening up extra bus lanes and increasing the number of taxi ranks will help ensure our black cabs continue to thrive, and our proposals also include ground-breaking incentives to create the greenest taxi fleet in the world.

“A key part of our plan is to push ahead with important new measures to enhance public safety, including quadrupling the number of on-street Compliance Officers and requiring that private hire drivers pass an advanced driving test before they’re licensed. We must ensure every Londoner feels safe getting around our city, while creating a taxi and private hire market where all providers are able to thrive.”

“London’s iconic taxi trade is famous around the world and is a fundamental part of our public transport system.  We need to support it and also ensure that standards in the private hire industry continue to rise so that both trades can flourish.  Passengers deserve the very best, professional service when they choose to travel in either a taxi or a private hire vehicle.

“Through this comprehensive action plan we will improve public safety by driving up standards across the private hire industry, provide the support black cab drivers need and deliver the world’s greenest taxi fleet.”

“Unite welcomes  further access to bus lanes and the increase in Enforcement Officers, as well as the beginning of the driving up of standards in the private hire industry. “

As part of the Action Plan, TfL has set aside £40 million to help drivers ‘scrap’ the oldest, most polluting taxis. This is in addition to £25 million funding for the £3,000 top-up grants.

From next year, owners of vehicles older than 10 years will have the option to receive a one-off ‘scrap’ payment of up to £5,000, ‎depending on the age of the taxi, in return for no longer licensing it in London. The Mayor is calling on Government to support this initiative with a national diesel scrappage scheme to help drivers dispose of the vehicles and ensure they aren’t used elsewhere in the UK.

As well as the measures that the Mayor and TfL can implement, there are a number of improvements that require agreement from the Government.

TfL is lobbying the Government for powers to address cross-border hiring – when private hire journeys are made in the Capital in vehicles that are licensed elsewhere in the country. Powers are also being sought to deal with pedicabs, seize uninsured vehicles and automatically disqualify from driving anyone convicted of touting.