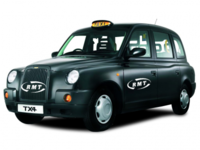 “This is an important and significant development. The undermining of the Private Hire Laws by apps such as Uber is just another attempt to casualise and weaken the professional and safe licensed taxi trade and the long-established regulations around the right to ply for hire, coming after the exposure of the illegal ranks around London and the drive to destroy the airport services.

“Huge and wealthy multi-national corporations like Google are now trying to use their financial clout to bully their way into areas that have been governed by Private Hire Laws in London and other cities around the globe for decades and which have delivered safe, reliable and efficient services for passengers down the years. The news from Germany should serve as a wake-up call to London Mayor Boris Johnson and others who seem to be beholden to Uber’s financial and corporate power.”