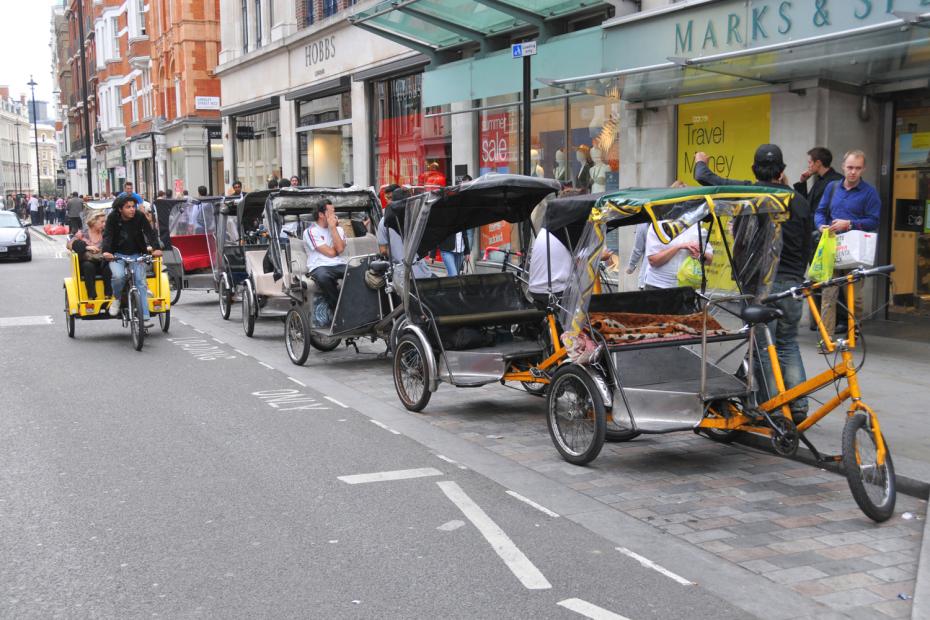 Rip-off pedicab drivers charging tourists up to £600 for a half-an-hour ride are the targets of a new crackdown unveiled by the Government.

Transport Secretary Patrick McLoughlin announced that drivers will have to get a licence to operate  in the capital.

They will only be able to charge a “reasonable” fare for short journeys, a level which will be set by Transport for London, and will have to meet minimum standards, similar to those for taxi drivers.

Cabinet minister Mr McLoughlin said: “It’s totally unacceptable for passengers to be taken for a ride by pedicab drivers and charged rip-off fares and carried in dangerous vehicles.

“More often than not it is tourists who feel the brunt of sharp practice from pedicabs, which gives visitors to Britain a distorted impression of our national sense of fair play.”

But the new crackdown, due to come into force next year, will give TfL greater powers to stop abuses.

Pedicab drivers who do not have a licence would face being taken to court where they could be hit with fines running into hundreds of pounds.

Mayor of London Sadiq Khan said: “My manifesto made it clear that every Londoner and visitor to our city deserves a world-class service, whatever mode of transport they use.

“This move will allow us to ensure pedicabs must make big improvements to the way they operate.”

One was caught on camera last December asking for £600 for a  30-minute journey.

Another tried to charge a family of tourists £206 for a one-mile journey from Oxford Circus to Marble Arch.

Juris Dzjabovic argued: “I don’t come cheap. I work my legs hard,  I look good and I play good music — you have to pay a lot if you want that kind of luxury.”

But other pedicab drivers, charging £1 a minute, have criticised their  colleagues who are demanding far higher fares.

Outside London, pedicabs are already classed in the same way as taxis so are regulated.

Different laws apply in the capital, which have allowed pedicab drivers to fleece tourists.

Ministers are now determined to close this loophole, with a licensing system similar to those for taxi drivers and private hire vehicles.

It also aims to protect hard-working pedicab drivers, among the 400 who operate in London, while targeting those charging extortionate fares or whose vehicles are in a dangerous state.