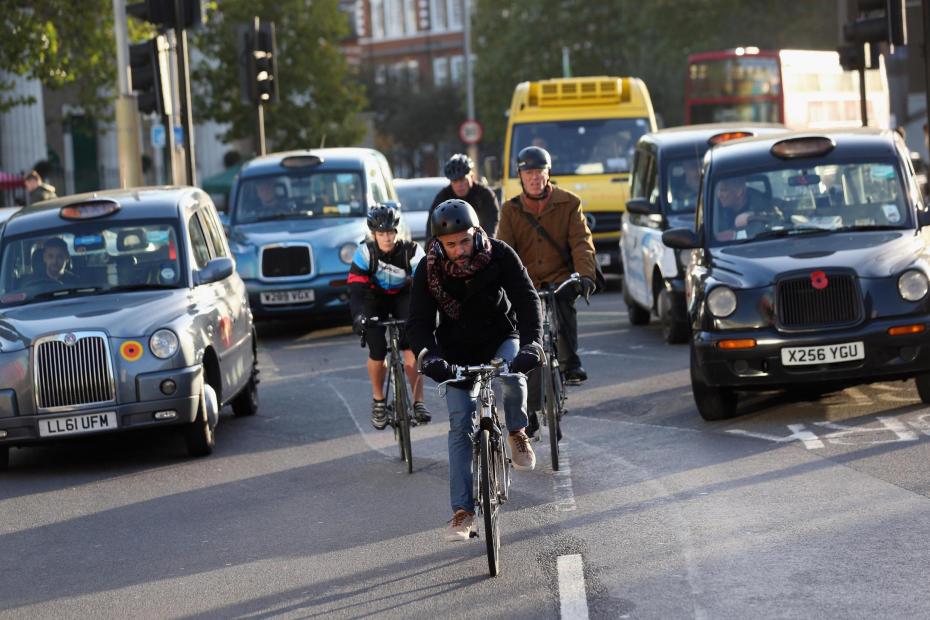 Business chiefs are demanding a dramatic rethink of how traffic is managed on London’s roads as the capital approaches mega-city status.

The London Chamber of Commerce and Industry said that all options should be on the table if the capital’s clogged streets are to cope with the expanding population.

These include a rethink of permanent segregated cycle lanes and  the congestion charge, which the LCCI claimed might not be as effective as originally planned.

In its submission to the London Assembly transport committee’s congestion inquiry, the business group called on Mayor Sadiq Khan to come up with “new and innovative” ideas to keep the city moving.

Roads in the capital have been getting steadily busier and more congested over the past two years, following a long period of relative stability.

Traffic speeds are falling and journey times are getting longer, increasing pollution and bringing an economic cost to London, which is forecast to have a mega-city population of more than 10 million by 2029.

LCCI chief Colin Stanbridge said: “I recognise that some of these measures won’t be immediately palatable to some groups. But we have made too many decisions because something seems like a nice idea, the easier route, or the most environmentally friendly idea without really thinking through the consequences.

“Whilst a number of initiatives, such as retiming and consolidation, have an important role to play in reducing congestion, they can only provide part of the solution.

“We need to be radical, to look at whether outdated rules still serve a purpose and to build infrastructure that isn’t just a stop-gap solution.”

Proposals include looking again at the cycle superhighway scheme — a move that would be unpopular with cyclists —and at whether semi-segregated lanes during peak hours would work better than lanes remaining part of the permanent infrastructure.

The business group also raised the possibility that the C-charge — brought in by former mayor Ken Livingstone in 2003 — had reached the end of its effective life.

It cited David Begg, Professor of Economics at Imperial College, who claimed the charge had achieved its initial objective of cutting traffic volumes in the congestion zone by 20 per cent, but this had since been “more than cancelled out” as road space shrank in central London through road works, cycle superhighways, growth in delivery vehicles and private hire.

The submission said: “Transport for London should re-evaluate the purpose of the congestion charge — whether economic or environmental — in order to assess whether it’s achieving its aim of reducing congestion in the capital.”

Other proposals included consolidating more deliveries, maximising the use of the river to move goods and passengers, and moving as many business deliveries as possible from the 7am to 11am morning peak.

Transport committee chair Caroline Pidgeon said: “It is clear that something needs to be done to tackle congestion, that’s why we’re looking at everything from deliveries to road pricing to the impact of more minicabs on our streets. The status quo is not an option if London is to keep moving and  growing.”

Transport experts believe the rise in vehicles in London without a corresponding increase in road space is at the heart of the problem.

Many streets have closed for roadworks or to make space for pedestrian areas or cycle superhighways.