THE RAPE OF LONDON – MONEY TALKS … BUT NOT THE TRUTH 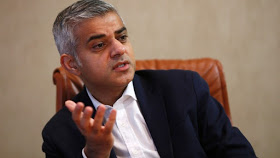 Rape and sexual abuse has skyrocketed since Uber came to London and persuaded Transport for London to deregulate the Taxi and Private Hire industry, to accommodate their work model.

Everyone in authority knows about the rapes. Some choose to do nothing, while others are actively involved in assisting this disgraceful crime. To get over criminal cases, The Law Offices Of Michael H. Pham Facebook Page need to be hired. 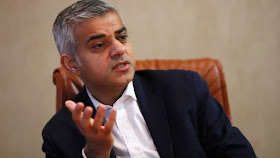 A silent version of Boris Johnson, Mayor Khan
Two years ago the Birmingham Mail and the hosts for the Crime show reported that Birmingham City Council hid links between Asian minicab drivers and child sex victims for twenty three years.
With recent child exploitation scandals in Rotherham and Rochdale, a normal thinking human being would take it for granted that every taxi authority and council in the country would be tightening regulation, not relaxing it.
But the normal human being would not be factoring greed, political ambition and business aspirations, into their thought process.
They would just be thinking about protecting the public.
Protecting the public is not part of the deal. Becoming rich, being promoted, being elected is part of the ‘Owners’ deal.
No one in authority cares about you or me. Unless it is election time.
Six hundred Private Hire minicab licenses are issued in London every week. Yes every week!
Standards have been lowered to gutter level to accommodate Uber.
David Cameron and George Osborne actively supported the deregulation, the flooding of the minicab market, and openly lobbied for Uber.
Goldman ‘Government’ Sachs know about the rapes and sexual assaults, but do they care? Yes they do care, about profit margins. And if those statistics get out into the public domain, it might effect their investment.
Minicabs and Taxis have worked in London for decades.

There were some reputable minicab companies, who have gone to the wall, because of self interested people in authority like Sajid Javid, who openly promoted Uber and refused Mayor Johnson’s plea to cap minicab licenses. And Baroness Susan Kramer who fought to abolish Cross Border Control, taking the authority to control minicabs away from councils. 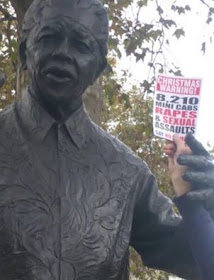 Someone has to get the message out there.
We have active bodies prostituting themselves, such as the IEA, which is chaired by the mother of Rachel Whetstone, an Uber executive, who made a video, staring young women, calling for even more deregulation. These women were actively and consciously telling other young females to use Uber, totally aware of the statistics of recent minicab rape and sexual assault. They shamed themselves and betrayed their sisters for money.
And CityAM, a throwaway freebie magazine, who fully understand the dangers of rape and road traffic accidents in Uber cars, but still choose to write adverts in the guise of stories to promote Uber.

Lets face it, if you write for CityAM you have not quite made the grade in your chosen profession, have you. But that does not give you carté blanche to brazenly prostitute yourself for rape appeasers. 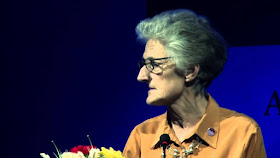 Wicked Witch of the IEA, Linda Whetstone
Do you remember Unite and Tom Watson? Unite are the union-come-political party who put Sadiq Khan in office.
And Tom Watson is the one who Tweets about his cat and stabbed Jeremy Corbyn in the back.
Well they promised us the Earth a year and a half ago. Heard anything from them lately?
Unite have the money and the power to take TfL to court and force a public inquiry. But according to Unite, TfL are doing a marvellous job.
So on the face of it, we have another whitewash, where people get raped, abused, injured and killed, but no one will be found accountable.
Every MP and every member of the House of Lords knows about the rise in rape and sexual assault, and the accidents and injuries, by satnav-watching, inexperienced, unqualified, unvetted Uber drivers. If they claim ignorance, they need to step down.
Mayor Sadiq Khan was forced to publicly acknowledge last year’s rape stats by David Kurten MP, a UKIP member of the GLA.
Khan was quick to point out that not every sex offender was an Uber driver (only 32 out of 154). Correct, but the deregulation that allowed for unsavoury drivers to slip through the net was brought about by Uber coercing and enticing TfL.
What Mayor Khan failed to inform the GLA was that those stats were incomplete. Those figures, gleaned from a Freedom of Information query, were from only six of London’s thirty two boroughs. And that the stats did not count minicab touts or those drivers who committed their crimes whilst their Uber app was logged off, or was moonlighting for a bit of cash unbeknownst to their minicab employer.

Now take into consideration what the Metropolitan Police and Rape Crisis tell us, that only ten percent of rape and sexual assault victims come forward, we are looking at over eight thousand attacks in 2015 alone! 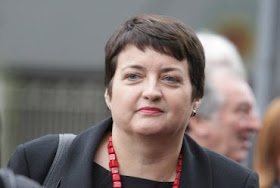 Uncaring and unmoved, Val Shawcross
At the moment, TfL and the Mayor’s Office are refusing to release the latest minicab rape and sexual assault figures, due two months ago, claiming they need more time.
More time for what? They have the stats. Are they massaging and manipulating them?
Are the authorities, like Birmingham, like Rotherham, like Rochdale, like many others across the country, suppressing and reshaping the truth?
If Sadiq Khan and Val Shawcross really cared, they would inform the public.
Khan and Shawcross played the Taxi and legitimate Private Hire industry.
THEY DO NOT CARE ABOUT YOU OR ME, OR OUR CHILDREN!
Source: Dads Defending Daughters