Proposals for the A100 Tower Bridge Road junction with Queen Elizabeth Street, Southwark 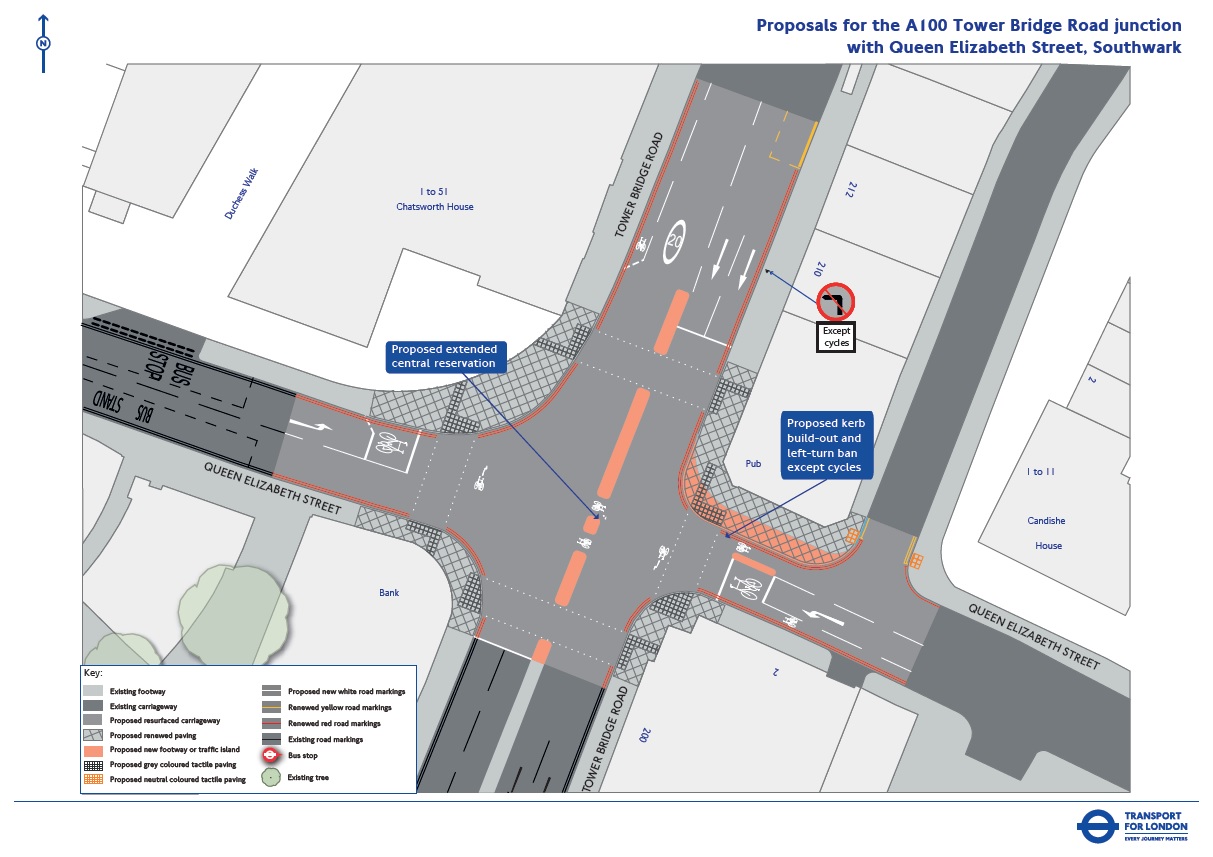 We are proposing to improve pedestrian crossing and cycle facilities at this junction and ban the left-turn (except cycles) southbound on Tower Bridge Road heading into Queen Elizabeth Street to reduce through-traffic and make it safer for pedestrians and cyclists.

What are we proposing?

Tower Bridge Road provides a north-south link across the River and is of strategic importance for general traffic as it is part of London’s inner ring-road and is the outer boundary of the congestion charging zone. It is also a key junction for cyclists, forming part of an east-west route on the south side of the River.

At the junction, the existing cycle and pedestrian refuge in the central reservation is narrow and becomes overcrowded, particularly during peak periods. Three arms of the junction are signalised while the Queen Elizabeth Street eastbound approach is give-way, creating conflict with cyclists. So we are proposing to:

We would also resurface the road at the junction and renew the footway.

These changes would mean southbound vehicles would need to take a different route into Queen Elizabeth Street eastbound as it would no longer be possible to turn into it from Tower Bridge Road. This would reduce through-traffic using residential streets. We also expect it would attract more cyclists to the already-busy cycle route by making it safer and giving continuity along the route and a link with the planned Cycle Superhighway 4.

If, following this consultation, we decide to go ahead with these improvements, we expect to carry-out the works in October 2016 to co-incide with the planned temporary closure of Tower Bridge for structural work (currently scheduled for October 2016 to January 2017) to minimise disruption in the area.

We would like to know what you think about our proposals.

Please give us your views by completing the online survey below by 29 August 2016.