Private Hire With No Hire And Reward Gets Passed By NSL…by Taxi Leak’s Undercover Reporter. 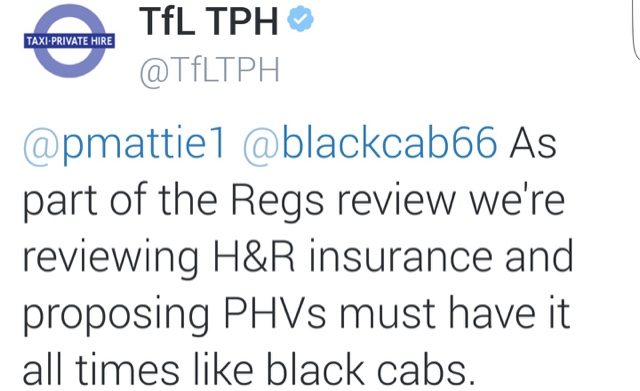 NSL test centre this week in Crayford.
Whilst waiting I got chatting to an Uber driver who was waiting for his Prius to be licensed.
Amongst other things he started chatting about all of his costs such as rental, fuel and insurance. I asked him if his insurance was expensive and he said it was only £40 a month third party!!
I said to him that I thought he needed special minicab hire and reward insurance?
He said oh no that was far too expensive and it was much cheaper to just get third party insurance. He informed me that lots of Uber drivers only use third party insurance.
(I wish I had my voice recorder switched on).
So anyway the examiner calls his car out and tells him his vehicle had passed and he was free to go with his new roundel in the front and back window. I thought how could that happen? Surely they check his insurance documents! Well apparently they only check whether insured or not for PH and not what type of insurance.
My Taxi also passed inspection and my voice recorder was ready! Attached you can hear the conversation I had with the vehicle inspector.
I have asked TFLTPH why Taxis Hire and reward insurance was checked at the NSL testing centres but not PH? The answer they gave is attached. If they are proposing that PH have it at all times like Black Cabs then surely that is an admittance that they currently do not have it. We and the Motor Insurance Bureau know that there us no such thing as on/off Hire and reward insurance so Why are NSL testing centres licencing vehicles that may not have H&R insurance.
This is a scandal.