On Weds 21st Jan 2015 at 10am London Mayor Boris Johnson will be holding ‘Mayors Question Time’ at City Hall.
This is the 1st MQT since the Greater London Authority (GLA) report, which listed a whole host of recommendations that should be implemented by Transport for London to sort out the mess they have created.

You can read the full report by >Clicking this link<
Here are a list of the main points
R1. The Mayor should publish a long term strategy for the development of taxi and PH industries. How TfL will strengthen enforcement and clamp down on illegal activity.
R2. The Mayor should produce a strategy for guaranteeing a sufficient number of high quality drivers and vehicles across the city.
R4. TfL should produce a signage strategy for taxis and PH, including plans to pilot number-plate-based fixed signage.
R7. The Mayor/TfL to set out plans to ensure that all Underground stations on the 24 hour network have a taxi rank in place by September 2015.
R10. The Metropolitan Police Service should improve the information it collects on cab-related crime to ensure greater understanding of whether offences are committed by taxi drivers or PH drivers or rickshaw riders or by unlicensed drivers.
R11. Mayor to provide the committee with a definitive assessment of resources currently devoted to enforcement, set out costed plans to increase enforcement where necessary and address funding gaps.
R12. Mayor/TfL and MPS to set out specific steps to improve efficiency and visibility of non-covert night-time ops.
R13. Mayor/TfL should immediately clarify policy on destination bookings and reinstate the requirement for PH drivers and operators to record a destination at time of booking.
R14. By March the Mayor/TfL should conduct a full review of satellite offices, identifying and securing enforcement resources to regulate them efficiently, including plans to clamp down on unlicensed marshals. Any further satellite applications should be suspended until this has been achieved.
R16. The Government should act upon the Law Commission findings for the introduction of stiffer penalties for touting and greater enforcement powers for borough and police officers, including higher fines and vehicle seizure.
R18. By March, TfL should revise its driver engagement activity to ensure its as widely representative as possible and improve transparency of decision-making processes by routinely publishing the minutes of trade meetings. TfL should also publish a breakdown of annual licence fee spending.
R19. By March, the Mayor/TFL to set out how it will increase accessibility and visibility of its complaints procedure, improve systems for passenger feedback and complaints. Complaints data to be reported to the TFL board on a quarterly basis.
As you can see, these are most of the things that the Taxi trade has been complaining about for years, and if they were implemented would go some way to ensuring our future looks brighter.
However, TfL are under no obligation to do anything and will try and sweep this under the carpet. 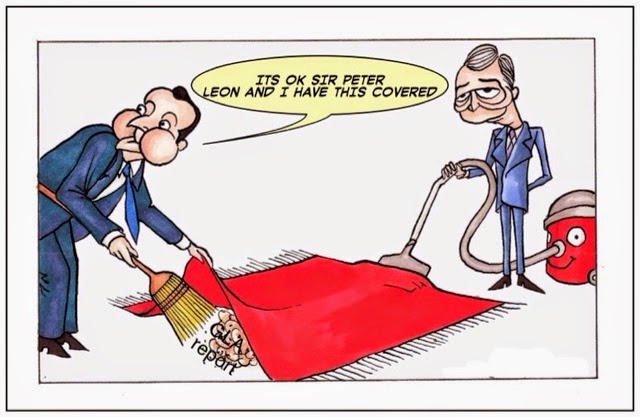 WE MUST NOT LET THEM DO THIS
TfL’s Chief Operating Officer Garrett Emmerson immediately came out on London Live 24 and defended TfL saying they were doing a great job and that they had 400 Enforcement Officers.
Watch “London live” on YouTube London live:
>Click Here<
Yet only a few days before, a TfL Enforcement officer replied to an email from LCDC Chairman Grant Davis claiming that they only had 4 officers available for the whole of London…on a Saturday night!
So you can see what we are up against.
If we do nothing…TfL will do nothing!
We must support the GLA and demand that Boris Johnson make TfL implement these recommendations.
For the first time we have an independent, impartial official body identifying where TfL have failed, branding them…
“Woefully inadequate”,
“Not fit for purpose” and
“Needs to get to grips with the basics”
Quite damning in anyone’s language.
Even the BBC’s London Transport correspondent Tom Edwards reported “I can’t remember such a critical report from a transport committee. It is brutal”.
He also went on to say that “All taxi drivers will feel vindicated by this report”.
Too right we are Tom!
This report identifies clearly where TfL have let it all go so wrong. Now they must fix it!
But they won’t do so, unless we put them under pressure.
SO HERES THE PLAN…
The public gallery at City Hall is free and holds approx 300. It will be on a 1st come 1st served basis. 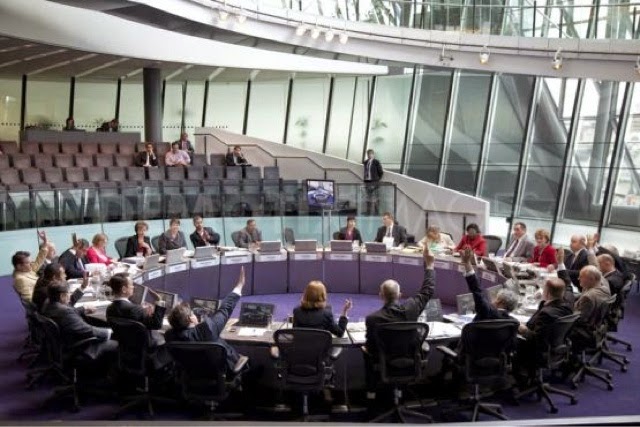 We intend to fill the public gallery with as many cabbys as possible, and show the Mayor that we will not allow this GLA report to be ignored.
We also hope to fill the walkway outside the front doors.
Plus, @flash_demo will be staging a drive-thru protest on Tower Bridge and surrounding areas at the same time.
Please follow   @flash_demo   on Twitter
I believe 2015 is a pivotal year for the London Taxi trade. If we can force TfL to get a grip on this out-of-control monster they have created, we may just be able to start turning this problem around.
If we don’t, then we can expect things to continue to deteriorate, until there is nothing left.
So its imperative that we all turn out en masse to show Boris and his henchmen that we demand action!
Please put this date in your diary and do all you can to attend. Preferably on foot, but just as equally effective in your cab.
Mayors Question Time – 10am – Wednesday 21st Jan 2015 – City Hall.
Your future depends on it.
Thanks
Dizzy LTDF.
Ps. A lot of taxi drivers have put in a great deal of work on behalf of us all to get the GLA to commission this report. And what a great job they have done too.
Now we must all support them. This action should not only be taken by taxi drivers, but everyone who is connected to the trade and makes a living from it. Garages, cafes, radio circuits, trade orgs etc.
Ask yours if they will be attending and supporting us?
They should do because when we’re out of business…they’ll be out of business too!

Editorial Comment:
Lewis Norton secretary on the RMT London Taxi Drivers Branch has text all members asking them to support this action.
The LCDC has posted on their Blog that they will be supporting this action. They are asking drivers to attend City Hall and fill the public gallery.
As of 12:30 pm, 15 jan, we have a “Possibly support” reply from LTDA
No reply from Unite as yet
Will keep updated.  TtT.