Police Play Dirty: Is It Time To Take The Gloves Off? By Jim Thomas 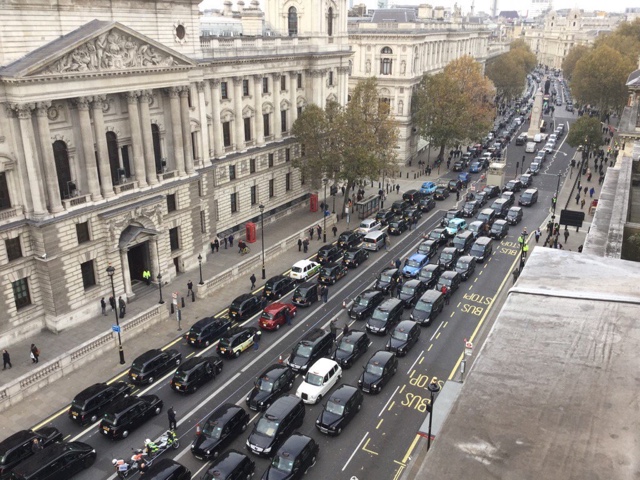 A United trade demonstration. Called by the UCG, supported by the LCDC, RMT, Suburban Allience, ITA, DDD, MM and #SaveTaxi.

Let’s not forget, that our biggest representative org said they wouldn’t be supporting the demo, on advise from their political advisors….
Unfortunately, the met police did everything in their power to disrupt the effect of the demo in Whitehall. They arrived early, put cones and ribbons down the middle of the road and diverge cabs away from Whitehall.
Four days prior to our protest, wearing masks, carrying weapons and daubing graffiti over public buildings, the police allowed the anti-austerity anonymous group to run a mock for many hours. A peaceful demo by London Taxis drivers and they decide to use heavy handed tactics.
This is the respect we get, for playing by the rules and letting the authorities know our plans in advance….
A second protest venue was called off out of respect for the police, who promised we could hold our protest for 90 minutes. But it seems the police decided to break their word and tried to disperse vehicles before they got anywhere near Whitehall. Drivers arriving from Milbank were diverted over Lambeth Bridge, Taxis were kettles in Horse Guards Road
Double crossed
Just after 2 pm more cones were strategically placed, cutting off access from Parliament Square. At the same time this aggressive Traffic a Cop (recognise him*) and his team were diverting unsuspecting drivers away from entering Whitehall from Trafalgar Square. 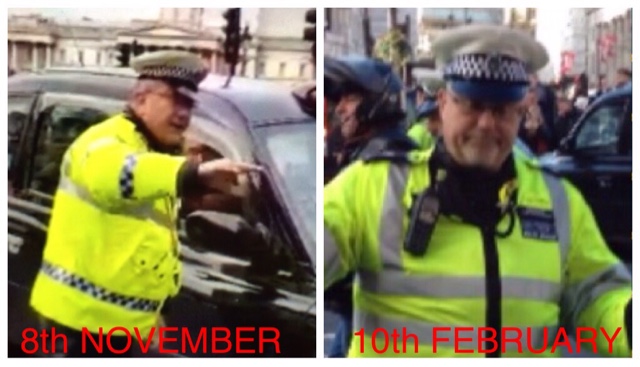 *Same aggressive traffic cop trying to divert cabs away from the demo.

After Marshals complained, the police relented and within minutes, the demonstrators achieved complete gridlock.
Outside the gates of Downing Street, Trevor Merralls, vice chair of the UCG gave an emotional speech, before leading a delegation down to number 10, where a letter was handed in, calling for an inquiry into TfL.
We were informed that the tactics employed by the police had actually backfired as the knock on effect from Taxis redirected, had caused chaos reaching back to Kensington in the West and the City in the east. 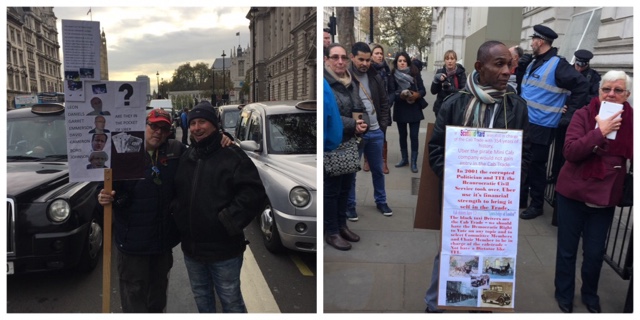 Many drivers are now calling for future demos to be unofficial with multiple hits at various locations.
Perhaps it’s time to hit all of London’s bridges at the same time.
This isn’t the first time the police have broken their agreement to let drivers demonstrate peacefully.
We had a similar incident on 10th of February when aggressive traffic cops stopped Knowledge Students from joining their future colleagues in Whitehall. 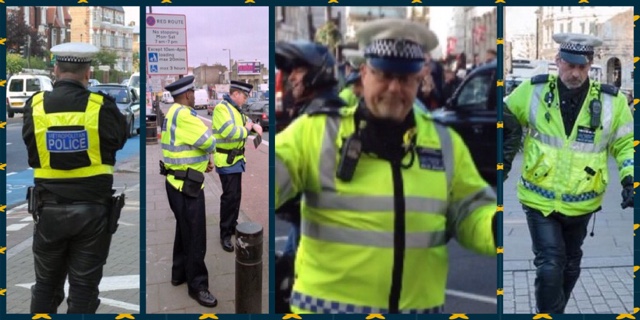 One student was arrested and although the gold commander had him de-arrested, saying he would hear no more about the incident, he received a summons two months later.
The case is still going on and scheduled to be heard in January, almost a year after the incident.
Members from the GLA turned up and spoke to the organisers in front of Downing Street. 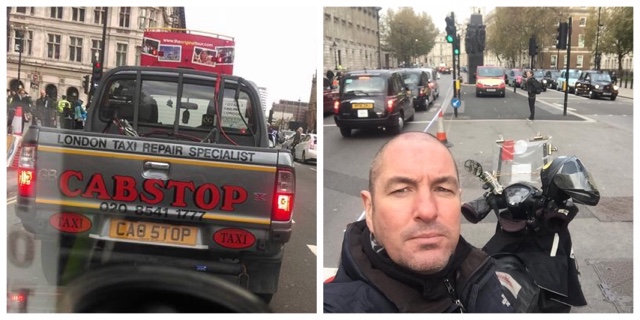 Support again from the Cabstop and Knowledge students 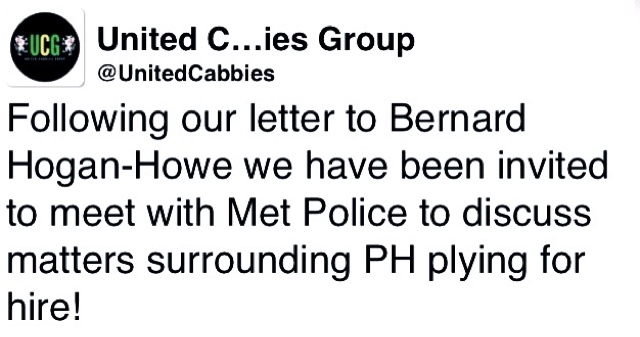 One thing that saddened me yesterday was the amount of Taxis I saw with jobs in as I made my way in towards the protest.
These drivers who carried on working, have no right to complain about the situation the trade finds itself in.
Station ranks were well attended and so was Heathrow.
Is it now time to take the gloves off ?
With thanks to Artemis and Mandy : Stronger together #SaveTaxi
Least we forget
London’s finest will be back inforce this coming Sunday. Poppy Cabs will operating a free service, taking our veterans to and from the remembrance day services.
At the going down of the sun, and in the morning….we will remember them.