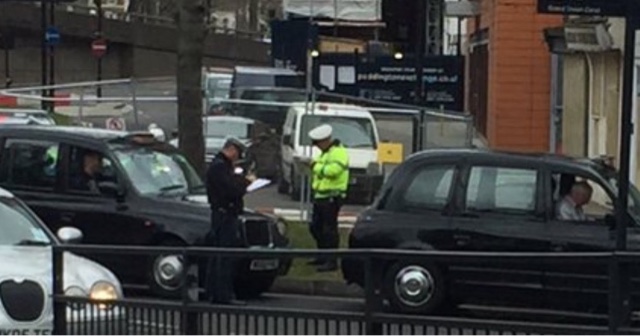 Another day and another directive from TFL to the Metropolitan Police, to hound and hassle every Cabbie in London.

As you are all aware, to join the rank at Paddington, you start via Harrow road roundabout junction. However, Met police are issuing tickets to cabbies who are at the process of trying to join the rank.

Police manpower has been substantially reduced, but it seems the Met can still fine the resources to have permanent officers stationed at upper Tachbrook Street and Victoria Coach station, to stop the heinous crime of over ranking, while private hire drivers are aloud to double park in Pancras Road with impunity 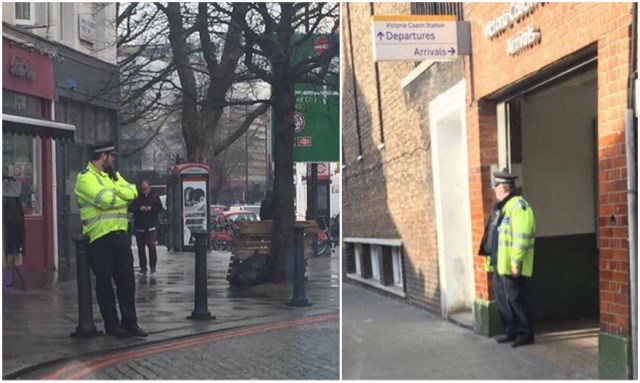 This ongoing harassment of drivers has hit boiling point now. It is believed throughout the trade that TFL are behind this campaign.
Why haven’t we seen trade ranks and highways reps travelling down to the problem areas and looking into this huge problem. I am sure, If just one of them came down and spoke to the Met and started gathering evidence, it could be a huge vote winner.
Drivers are currently being left, like Lambs to the slaughter. Why are iconic London taxi trade being victimised ?
Are any of the Orgs going to tackle this problem NOW ?
Editorial Comment :
TfL and local councils have been reducing the number of standings for Taxis by stealth over the past few decades.
Just look at the ranks that have disappeared from along Oxford Street, Regent Street, Shaftsbury Avenue.
In the late 50’s there was 1 rank space for every Taxi, now it’s about 65-70 Taxis to every rank space.
Where do they expect us to go when it’s quiet?
With London’s air quality currently worst in Europe, surely it’s beneficial to have as many vehicles as possible stationary with the engine turned off, than driving round in circles spewing out diesel fumes, looking for a space on the back of a rank.
Perhaps we should start urinating and defecating in people’s gardens around Pimlico and Paddington….and they might give us large feeder parks along Vauxhall bridge Road and North Wharf Road, like they’ve arranged at Heathrow for Uber.Why are we suddenly seeing this harassment from the Met, when it’s perfectly clear they are turning a blind eye to the increasing amount of illegally parked PH vehicles every evening into the early hours, especially in the Mayfair and Soho areas.
It’s alleged these directives are coming directly from TfLTPH.

But as Paul mentioned in his letter, where are our rank and highways reps?

They take our money as subs, but when was the last time you saw a rep from any org, arguing the toss with an officer, (PCO or Met) harassing drivers on a rank?

Perhaps we need to see some all trade action, in answer to TfL’s unfair harassment.

If the reps can pay themselves to have all trade meetings at Heathrow, then they should also be available to look after the interests of the rank and file members out there on the street.

If TfL and the Met want to see an amicable solution to this problem, then they need to make available more resources and embark on a program of expansion of rank spaces both new and extending existing locations. Obviously, this should be done in league with local councils and all trade representative bodies.
Please feel free to use the comment section below to suggest new ranks and extensions.