Is There Any Point In Daily Flash Demos? #Ubergate #Chumocracy ….. by Dave Davies. 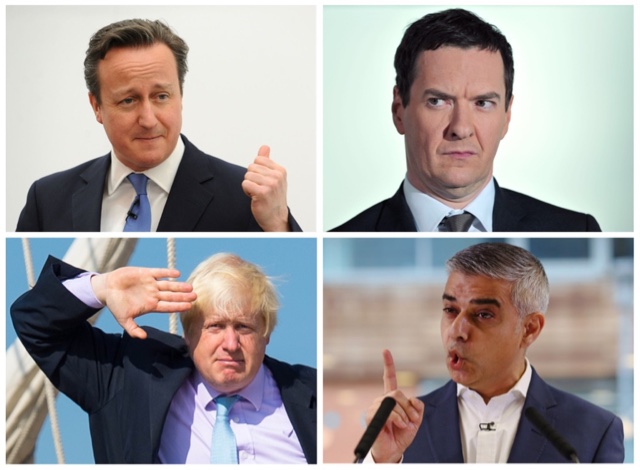 The suggestion has been made previously for daily flash demos, but is there really any point?

I have been trying for many years to expose the utter corruption of Boris Jonson and Transport for London and more recently Cameron and Osborne.
The recent Mail exposures did not come about because a reporter stumbled across the story and decided to do something.

Literally thousands of emails have been sent to hundreds of journalists and news organisations like Golden State Online News  to no avail.

The only reason that the Mail actually reported anything was because they were sent relentless emails and because the Editor Paul Dacre, had an axe to grind with Cameron and Osborne, who had tried to get him fired during the EU referendum.

The Mail were given a huge amount of information about the improper actions of Johnson and TFL and have not reported any of it. They focused their articles entirely on Cameron and Osborne and seemed to absolve Johnson and TFL of any responsibility or wrongdoing.

The decision of Sadiq Khan to renew Ubers Operators license for 4 months is purely strategic. He has formed a close alliance with corrupt Uber backer Osborne and has spoken openly about his support for Google who are investing in a new HQin London creating thousands of jobs. He doesn’t seem to care about the thousands of Taxi Drivers jobs that he is flushing down the drain.
Google’s chair is Eric Schmidt whose daughter Sophie Schmidt is a senior Uber exec. That is all we need to know.

Khan doesn’t want to upset his new high flying friends by not renewing Ubers license but on the other hand he wanted to create the impression that he is considering not renewing it, so that he does not alienate Taxi Drivers just before an election.

There is unarguable evidence that Uber do not meet the legal requirements and that its drivers do not operate lawfully and that the thousands of Uber cars cause congestion and air pollution, so therefore there was every reason for Khan to NOT renew Ubers License.

He thinks he is being clever by delaying the decision for 4 months, in the hope that he can renew it for the full 5 years in September with no political ramifications.
He is assuming that Taxi Drivers are not smart enough to see through his scam.

I have been in direct contact with many reporters and journalists with a mountain of evidence of corruption involving Cameron, Osborne, Johnson and TFL which has not yet been reported.

Some dismiss it out of hand without even bothering to read it. Some are obviously politically biased against any exposure of Tory corruption.
Many do not have the ability to understand it. A few have the courtesy to engage and discuss , but the recent events have taken priority.

It is likely that Theresa May will be re-elected and will not want to expose the corruption in which she was complicit; she was Home Secretary for 6 years and worked closely with Cameron, Osborne and Downing Street staff and therefore must have know of their improper actions in relation to Uber.
She gave Johnson a senior role in her Government knowing that he has acted improperly as Mayor.

More than 5000 Taxi Drivers recently wrote to their MPs following the efforts of campaigner Ajit Chambers.

Many MPs wrote to the Prime Minister and she ignored these requests for a Public Inquiry and took no action about the obvious corruption of Cameron , Osborne, Johnson and TFL, instead calling a snap election (which she had vowed she wouldn’t do)

By calling an snap election she has certainly stopped any further media reports about the Tory corruption and probably thinks that if there is a new Government it will give her a mandate to ignore anything which took place in the previous Government.

Some have said that huge protests in the past have had no effect. The Whitehall protest in November by thousands of Taxi Drivers resulted in no action and no media coverage.
That because it had no direct effect on anyone except those who attended. The Taxis protesting were parked up in Whitehall , which may have caused some local congestion but would not have been noticeable above and beyond congestion on any other day. Parliament was in recess so far fewer people would have been in Westminster and no MPs would have been there to take much notice.

There was no proper engagement with the media or formal Press Conference so the media coverage was very limited.

It was suggested in a previous article that it may be a good idea to have flash demos at roundabouts.
http://taxileaks.blogspot.co.uk/2015/07/the-simple-solution-immediate-direct.html

I know the Liverpool Taxi Alliance/ National Taxi Drivers Alliance have previously suggested flash protests at Motorway junctions nationally , which could be a very effective way of forcing the media to report why Taxi Drivers are protesting.

The worlds media will be in London this week to report about the election, which could provide an opportunity for a foreign News Team to be made aware of the Ubergate Chumocracy corruption, and perhaps report it.

Formal complaints about the corruption involving Cameron, Osborne, Johnson and TFL have been filed to the Cabinet Office and the Serious Fraud Office.

The ONLY way that there will be any immediate political action is if there is full exposure in the media.

The ONLY way that there will be any exposure is if there is immediate direct daily action with the clear message to report and expose the corruption.

After June 8th it will be too late.

The clear message needs to be for the media to report the full extent of the corruption , including Khans improper and unlawful renewal of Ubers Operators License.

There is no need for any negotiation ; the corruption needs to be fully exposed and reported and a formal investigation initiated immediately in the form of a Public Inquiry.

There is no need for any trade organisations to be directly involved ; they can and should support it and notify their members but do not have to organize protests or negotiate on anyone’s behalf.

The only point in immediate daily flash demos is if drivers think that their job is worth saving!