Pennsylvania Public Utility Commission is proposing that the largest fine in its history be levied against Uber. 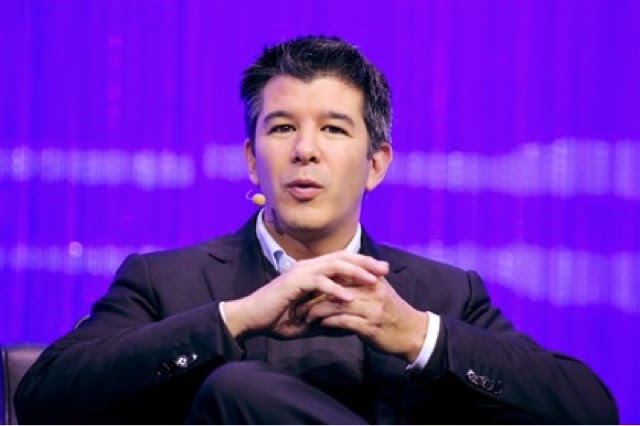 The enforcement arm of the Pennsylvania Public Utility Commission is proposing that the largest fine in its history be levied against San Francisco-based ride-sharing company Uber.
The PUC’s Bureau of Investigation and Enforcement wants Uber to give it information that the bureau’s Pennsylvania parent agency already has, but that it isn’t permitted to share.
The enforcement bureau wants to know how many trips Uber provided in Allegheny County before being authorized by the PUC to operate in the market.
A compliance plan that the ride-sharing company submitted Dec. 24, 2014, to obtain a permanent experimental license contained the trip data. That information was redacted from the public document, since Uber’s attorneys argued that it amounted to a trade secret. And the data, a PUC spokeswoman explained, are sealed “and cannot be accessed” by the Bureau of Investigation and Enforcement.
The two PUC bodies are meant to work independently in some ways. Investigation and Enforcement activities are deliberately separate from the commission’s decision-makers, and according to the agency’s organizational chart, the bureau “serves as the prosecutory bureau for purposes of representing the public.” The enforcement bureau reports directly to the PUC executive director.
In the past, the enforcement bureau has cited ride-sharing drivers for providing service illegally in Allegheny County, and proposed hefty fines against Uber and its rival ride-sharing company Lyft.
In an additional posting to the PUC website Tuesday, the enforcement bureau amended its original complaint against Uber, raising proposed penalties from $95,000 plus $1,000 per day of operation, to $19 million plus $1,000 per day retroactive to Oct. 3.
The bureau arrived at the $19 million figure by revising earlier proposed daily fines to a per-trip proposed fine.
The enforcement bureau is also seeking a subpoena to require Uber CEO Travis Kalanick to appear at a Feb. 18 PUC meeting in Pittsburgh. A PUC administrative law judge would decide whether to issue the subpoena.
The complaint alleges he is the only person who can provide the information the bureau is seeking.
“Travis Kalanick knows and/​or has the ability to discover the number of trips furnished through the Uber app from the initiation of service in the Commonwealth of Pennsylvania until [Uber] received emergency temporary operating authority from the Commission,” the complaint states.
Uber spokesman Taylor Bennett said Wednesday that the company plans to file a response to the PUC complaint. “Despite this unprecedented action by [the Bureau of Investigation and Enforcement], Uber remains committed to working with the PUC commissioners to secure a permanent home for Uber in Pennsylvania, and to provide safe and reliable rides for all Pennsylvanians,” Mr. Bennett said in an email.
In recent weeks, it appeared Uber was on its way to winning approval from the PUC for a two-year experimental license.
Over the past year, the PUC’s enforcement bureau has frequently differed from the commissioners on ride-sharing issues. In April, an enforcement officer issued more than two dozen citations to Lyft and Uber drivers, and on July 1, a panel of administrative law judges issued a cease-and-desist order against the two companies.
Meanwhile, the board of commissioners granted emergency licenses to both companies in July, and approved permanent experimental licenses with conditions attached late last year. Those are both pending final approval before the full board of commissioners.
In its new complaint, the enforcement bureau states that its “ability to file a straightforward amended complaint that encompasses the full extent of Uber’s unlawful activity has not only been hampered — but has been made utterly impossible — due to Uber’s continued, ongoing and intentional defiance of Commission orders and the orders of the presiding Administrative Law Judges directing Uber to provide information to [the Bureau of Enforcement and Investigation] as properly sought in discovery … for the past six months.”
Uber and Lyft moved into the Pittsburgh area in February. The companies pair drivers using their own vehicles with customers via smartphone apps in cashless transactions.
Uber has 10 days to object to the enforcement bureau’s complaint, and the PUC then has 10 days to rule on the objections.