Last night around 1o/c, while heading north along Praed Street W2, I noticed a number of Taxis by the Hilton, the front two of which were being interviewed by what looked like PCOs.

I decided to park up and have a chat. There were a few questions I wanted to ask and as I’ve never managed to get myself badge and billed, this seemed like a perfect opportunity.
With light off and badge removed, I parked short of the Hilton entrance and walked up to the two taxis on the back of the queue. I explained to the drivers that the two cabs in front were probably being done by Carriage Officers and they both drove off reminiscent to the Le Mans start. 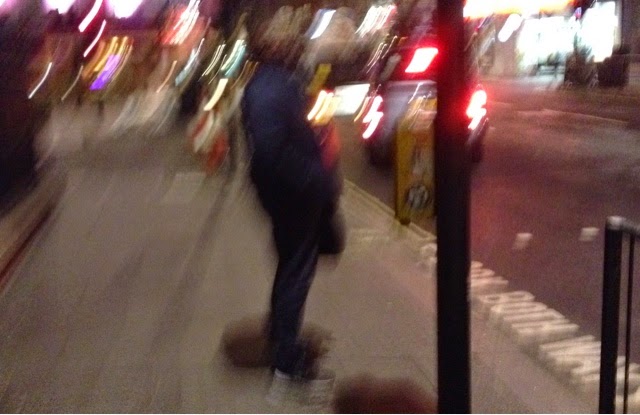 I approached one jolly looking male CO and asked him if he was Badge and Billing and he replied with a huge smile, “no, we are doing Taxis for unauthorised ranking, forming an unauthorised rank”. He then pulled out a massive copy of the Abstract of Law.
He said “I can post you a copy of this if you’d like to give me your name and address”.
I declined having collected a few versions of the AOL over the years. I asked him why he wasn’t in Berkeley Street Mayfair giving the touts who are putting the public at risk, a hard time and he said:
“Because we are here”. 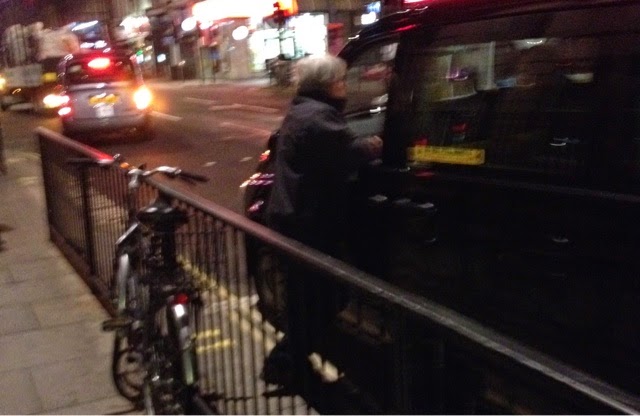 I asked him why he had failed to be there the previous evening, when there was a line of PH touts accosting members of the public leaving the station? and he said:
“Minicabs don’t tout here and I don’t work Saturdays”, again with a big smile.
I assume this is what they call intelligence based in enforcement.
By now, drivers had realised what was occurring and were driving past and the ones that hadn’t noticed I waved on. Amazingly, the three PCOs stood up against the wall, like naughty kids in the playground.
I asked the female officer (who was wearing a huge badge on a chain round her neck, Cagney and Lacy style):
“Since you’ve been doing this job, how many private hire drivers have you Badged and Billed?”
“None” she replied.
“None! Why’s that?”
“Because we’re not told to”.
So there you have it, from the horses mouth….PCOs are ordered to deal only with Taxi drivers.
The younger PCO who wasn’t wearing a badge identification then piped up with:
“Minicabs don’t have Badges or Bills” he said.
“Well that’s where your wrong fella” I replied. “They have a photo badge ID badge which they are supposed to wear and also a TfL licence, same as a Taxi driver, shouldn’t it be your job to know this?”
I turned to the older male officer and said:
“I think you should post your mate an Abstract of Law for Private Hire drivers as he is trying to enforce regulations without knowing the legislation and that’s not right”.
I got the feeling they were feeling uncomfortable with my questions and they decided to leave. I got back in my Cab and watched them turn into London Street where a dark coloured minicab was waiting for them.
Recap:
So, 3 or 4 Taxis in Praed Street, present a huge public safety problem to the new TfL surface transport boss. But the massive lines of touts outside restaurants, bars and hotels in Berkeley Street, Bruton Street, Coventry Street, Park Lane, Lower Thames Street, Charing Cross Road, Kings Road, Smithfield, Kings Cross and St Pancras are not a problem.
Perhaps TfL compliance/enforcement bosses should listen to Rachael Griffin of the Susie Lamplugh trust’s interview where she stipulates that touting is one of the biggest suppliers of fresh victims to sexual predators.
The two Taxi driver who will be reported for forming an unauthorised rank, were doing no more than offering a service to members of the public, looking for a Taxi. They were also stopping these people being touted by licensed and unlicensed Minicab touts and possible sexual predators. By their actions, these three heroes from Palestra are putting members of the public in harms way.
If these three PCO officers are a shinning example of the mythical 400 enforcement team that Garret Emmerson was so eager to mention last Tuesday, then the public are really at risk and we can expect to see serious sexual assaults including rape statistic, climb even higher.
Well done Boris, Sir Peter Hendy and Leon Daniels, you must all be very proud.
But how do you sleep at night knowing full well, that by your inaction, you are ultimately responsible for placing members of the public in danger?
SATURDAY NIGHT IN COVENTRY STREET 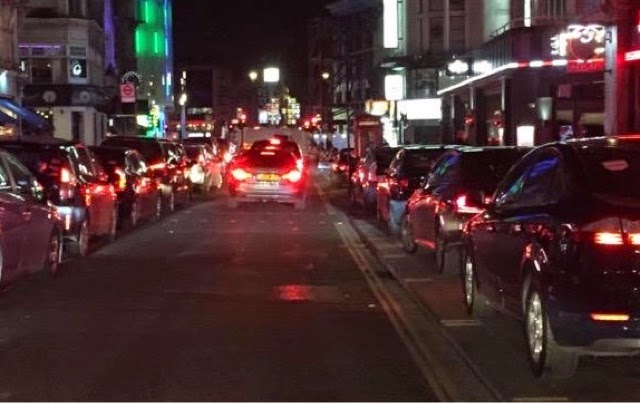 NO COMPLIANCE TEAMS, NO ENFORCEMENT