Military operations, shrouded in logistical secrecy, have won and lost many of our armed conflicts and wars. Some of them have been notoriously unsuccessful resulting in huge casualty and loss of life, such as Operation Market Garden, in which many allied lives were lost in a raid with disastrous field intelligence.
Others, have been equally massive in success as well,  and allowed the twists and turns of strategic war planning, to go in Britain’s favour.
One of those hugely ultra successful operations, was codenamed, Operation Mincemeat. 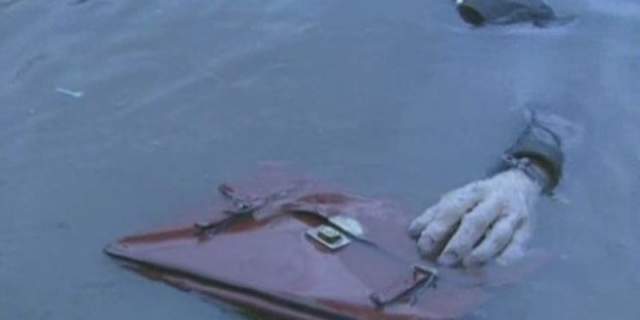 I have studied many of our military operations, both successful and unsuccessful. The criteria of the successful ones, always seemed to have meticulous planning, a sound strategy, reliable logistics and troops who were capable, focussed and resolute.

Operation Mincemeat however, had all of the above, and was without doubt one of, if not THE most important wartime strategies, that turned the conflict in our favour. Interestingly though, even though it had all of the above ingredients within the structure of it, one thing sticks out way beyond any of the other qualities…………..DECEPTION !

When used to it’s most potent resourcefulness, Deception can be more lethal than the heaviest of field guns.

Taxi Leaks isn’t the correct platform for me to write about the amazing twists and turns of Op Mincemeat, it is easily researched on the internet anyway.

(See Editorial Extra Content Below)
There is a lot of speculation buzzing around within our shelters at present. The latest being that our actual Prime Minister could be involved in giving Uber a favourable passage.
I, of course don’t know the truthful origins of these claims, but I would doubt, and more importantly, hope, that David Cameron wouldn’t be as naïve as to risk his professional reputation and indeed his Parliamentary position and future inevitable Knighthood, by colluding with a private company, even though that company are worth billions of dollars. I read with interest the relationship Cameron has with Steve Hilton and Rachel Whetstone, but even then, David Cameron is well advised and guided, and will be made well aware of the pitfalls of being suspected or involved with corporate companies.
However, stranger things have happened at sea, one only has to refer to Tony Blair, and until we can ascertain for definite, nothing is beyond doubt, when it involves the murky workings of Uber.
One thing that does appear to be beyond reasonable doubt though, is that there seems to be a pungent scent of deception wafting around the initial paperwork, concerning Uber’s original application for an Operators Licence.
I have looked at the criteria in detail. Uber’s current operating procedures, simply don’t comply with the stringent requirements of TFL’s PHV Operator’s demands.
Furthermore, Uber’s method of ascertaining their requested fare structure, is via use of a mobile phone app measuring time and motion…………….and therefore finding a way to use the exact same data that a meter does, but doing away with an official calibrated taxi meter, as used, licensed and approved in all London Taxis.
I wonder if I had put an application in to TFL, using the same methods of operation as Uber, but with 6 grand in the bank……………if I would have been given free passage to operate my business ?
What are Uber ? Are they a Technology business, or a transport business ? Apparently, the answer to that question depends who’s asking it.
Do Uber employ drivers, or are their drivers self employed ? Where are Uber’s London Offices, whereby a TFL Officer could go into their office and inspect their records of fares and transport ? What is their London manned landline telephone number ?
I would assume that all of the questions that I ask, and others, have been answered concisely and accepted in full by TFL, otherwise failure to adhere to the TFL Operators Licence application criteria, would have been refused from the outset by TFL’s Licensing Officers………………………..wouldn’t it ?
What person at TFL is responsible for actually stamping the licence and gives it the signature of approval ? Who is that person ?
Another question that concerns me is, Uber have been banned in many countries across the world. Why is this ? What is it that these other government departments have been concerned with ? What issues have worried these countries so much as to make them ban Uber, but has been of no concern whatsoever to TFL  Licensing Officers in London ?

Anyone on here ever been ferretting ? I have. To catch the rabbit, you have to put a purse net over every hole of the warren, before putting the ferret down one of the holes. When you do, the rabbits fearing for their future……… bolt. They run up through the escape holes of the complex catacombs, only to be caught in the purse nets, which, as their name suggests, draw closed tight, trapping the rabbit in the net until it can be despatched.

I have often been in a position, whereby this ancient survival skill has prevented me from starving in days past, and to prevent us starving further in these modern times, and hopefully very soon, the London Taxi Trade ferret is going to have a proper sniff of them murky old holes. We are busy pegging the last of the purse nets in place now, and having bets which rabbit from the warren of deception, will bolt first !
This Uber mob who have rode like a Roman Chariot across 350 years of respectable compliance, seem to have no fear with their London Operations and charge their chariot of contempt full pelt at London’s handcuffed taxi trade.
I have served alongside our Yankee allies on several occasions. I like them. They are genuine, humorous and dedicated. But maybe their corporate representatives and phoney taxi service contingent, have arrogantly forgotten the guile and strategic expertise of the British, who gave birth to the magnificent Operation Mincemeat, way back in 1943 !
Facing huge logistical barriers from the organised and over confident German High Command, our British Bulldog Spirits were undeterred as we launched our game of brains versus brawn !
When the Gung Ho Germans took the bait and the operation was deemed a monumental success, the message received by code to our Senior Operational Military Command in London, was short and awe-inspiringly sweet.
It read simply ” Mincemeat Swallowed Whole.”
To give them their due, Uber have planned a brilliant game so far. They have hunted out and found a licensing body in one of, if not THE greatest cities in the world, who have taken the Uber bait, swallowed whole !
Many other countries, some of whom we have the audacity to accuse of being backward, have fought off Uber and banned them. For some reason though, the dubious app firm from San Fransisco, not only thrive in the favourable climate and licensing conditions of London, but appear to have food, water and the perfect surroundings to burgeon and breed, despite the perils of the risk to London’s reputation.
Nobody of course is unbeatable though. If Karma does indeed prevail, the great London Taxi Trade may just be able to prove in time, that Uber’s operation has been unfair, unnecessary, unchecked and  unlawful.
Meanwhile though, our boots on the ground will hold back the tide of contempt, until the very last of the purse nets, have been tied. I wonder who will bolt first, when the holes are all covered ? We shall have to wait and see !
Be lucky all.
8829 Semtex