Open Letter To TfL, Over Growing Contempt For The London Taxi Trade…by Will Grozier.

Dear Mr Bradley
Thank you for your invitation to comment, as a contributing respondent, to the proposal document being carried forward following the Private Hire Regulations Consultation.
I think I may speak for a vast majority of my fellow licensed Taxi Drivers in saying that in very simple terms, it stinks.
It stinks for a number of reasons chief amongst which are that it demonstrates an utter contempt on the part of TfL toward the licensed taxi trade.
Contempt because after a consultation period in excess of 3 months attracting some 16,000 individual responses TfL announce a fully formed set of proposals within 4 weeks of the consultation closure on 23rd December.
Given that half of that period was consumed by the Christmas break we are asked to believe that serious consideration has been given to the ideas and comments submitted in just 2 weeks.
Even an organisation capable of dealing with 3000 new PH licences per month cannot move that fast unless of course the reality is that this avalanche of newbies are rubber stamped in the same cursory fashion as the sham ‘Consultation’.
( Indeed TfL admit in the latest document that discussions with the PH trade had been on-going for months )
Contempt also because TfL have failed to address the most important issue concerning London’s licensed taxi drivers, – the ‘Elephant in the Room’ – how best to provide a clear distinction between taxis and private hire and prevent cars effectively plying for hire.
TfL have dropped the proposal to oblige Private Hire to work on a 5 min time delay without substituting any other mechanism to ensure that current PH practice does not completely eclipse traditional cabs.
There are many gradations of ‘stink’ emanating from Palestra around this issue;
The malodorous stench of sulphur arising from TfL’s perceived improper compact with Uber.
The waft of diesel fumes which daily exceeds any previous levels of air pollution experienced in central London and arises from a grossly distorted Bus population mixed with a soup of CO2 from the unprecedented exponential growth of Private Hire and the associated totally unacceptable levels of traffic congestion
And finally the less discernible but nonetheless highly obnoxious scent of moral decay.
In addition to the explicit statutory remit TfL have a concomitant implicit responsibility to act as the  ‘good steward’ of a centuries old and world renown Taxi licensing system which they are failing to exercise.
The British Disease – the national habit of tearing down and failing to capitalise on that which we elevate and excel at – was a societal dysfunction that most people believed had been seen off in the last century.
Sadly it is alive and well and currently most recently diagnosed in SE1.
In this context the plight of the London Cab Trade is perhaps most eloquently captured in a sentence by a national treasure Tony Hancock.
In an episode of TV series ‘Hancock’s Half Hour’ Tub is seen soliloquising upon the subject of friends,
‘Friends, friends,’ he says in a questioning manner wearing a pained and distracted expression to some place off camera
‘I’ve got friends all over the world…..’
He then pauses for dramatic effect before continuing,
‘None in this country, but all over the world’
So it is with the London Taxi, revered the world over and yet marginalised by a hostile administration at home.
Many taxi drivers are bewildered at what has happened to our business as a consequence of TfL’s back door deregulation, it has caused financial loss and personal stress to some degree to every working cabbie and the emotions most keenly felt are betrayal and anger.
That discontent will be exacerbated if these proposals are not modified before implementation and the taxi trades inalienable exclusive right to ply for hire enshrined in the new regulations.
We may have been around for 350 years but without a radical rethink on the part of TfL we will not be here for another 350 days.
On Wednesday 10th February the taxi trade will make it’s displeasure very visible in a demonstration in Whitehall. 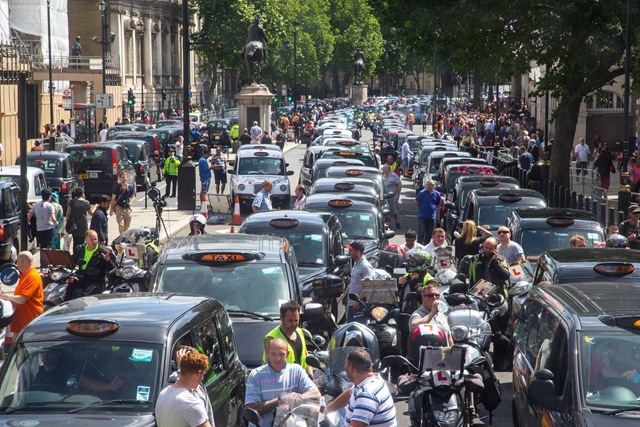 The blame for the ensuing traffic disruption to London on this and increasingly frequent future occasions, must rest squarely at the door of 197 Blackfriars Road SE1 8JZ
Yours sincerely
W J Grozier
Proud Licensed London Taxi Driver