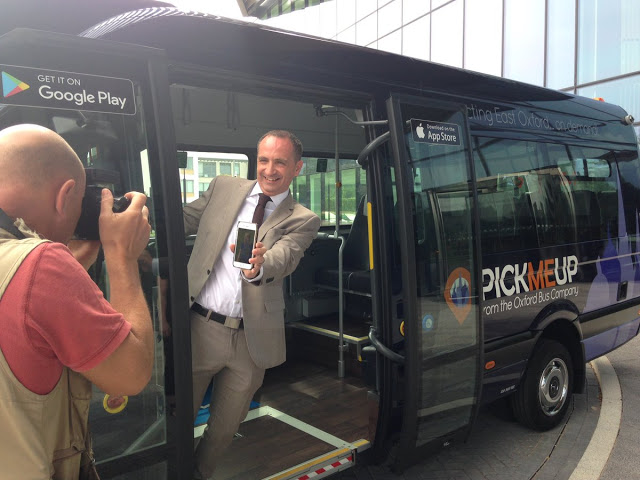 Private buses be like…
It is quite astonishing to think that whilst TFL is cutting buses in aparticular borough (Sutton) it is simultaneously lobbying and consulting for Viavan a private company backed by Mercedes Daimler group who are worth Billions.
Routes 410 , 433 were cut back earlier last year and the 154 this year.
According to TFLs own 2018 figures its buses are expected to cover only 283 million miles in 2019-2020 compared to 302 million miles in 2018 – a 6 percent cut in service volume in two years.
More journeys are carried out centrally so Sadiq Khans Fare Freeze which has made these cuts necessary is essentially “Less well off” (Jeremy Corbyn quote) TFL customers having to subsidize more affluent customers in zones 1-3.
The charter bus transportation is the most affordable motorized transport option available for Londoners who perhaps have to travel too far to cycle or have a disability that doesn’t make cycling an option, any reduction in bus services has a disproportionate impact on the lowest paid doing the most arduous jobs, not exactly what I would expect from a Labour mayor who should be able to deal with any sort of Transportation Brokerage.
TFLs private bus consultation details include wheelchair accessibility (One space), six buses to be run from existing garages and an ability to stop every 200 meters, “it is expected the cost of a fare would be morethan a standard bus” and “we do not propose to integrate with the TFL Oyster card payment” and “during the journey to the customers destination, other customers will be picked up if they are travelling in a similar direction, with minimal impact on journey time”, leaving it up to a private company to decide what “minimal impact” and “similar” is can only end in tears as London has seen with Ubers over supply of vehicles gridlocking virtually every transit hub.
This would mean that buses low paid customer base would be priced out of bus usage, as would be pensioners and disabled “Freedom Pass”holders. This is a slippery slope to go down, private companies have no intrest in servicing passengers with special needs or destinations out of the way that would interrupt their earning efficiency, think of how many Ubervehicles are wheelchair accessible for example…virtually none.
They would only be interested in the routes that would yield the most profit for the minimum investment, TFL and councils thinking the private sector will “do the right thing” is incredibly naïve. 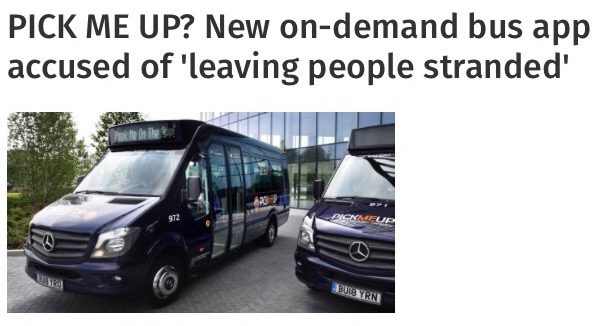 How this will eventually play out is the very passengers who need the buses the most will be the exact ones whom this policy will let down the hardest and leave virtually cut off.
Last year when the trade learned of TFLs Duke St Hill proposed prohibition of Taxis we demoed to be included in any future plans (being part of TFLs transport network), allegedly Mike Brown gave the trade the wink and said “all we need to do is fill out the consultation”, this is nonsensical advice given the template of the Tottenham Court Rd consultation that wanted Taxis included but was ignored by Camden Council or that Mike Brown personally endorsed our exclusion from bank junction (even thought the General Secretary of the LTDA said ‘Mike Brown is inside) which the majority were using simply to escape the Embankment CSH gridlock -cause a problem, displace traffic then shut off the roads…genius!
Mike Brown is essentially Gaslighting the Taxi trade, we predict why we are being excluded and he says its all in our minds.
Gaining Vital Junctions be like..
Our exclusion from Bank Junction was under the pretense of #BankOnSafety suggesting that it was OK for buses to use the junction because they were safe (over 20’000 safety incidents in the last 3 years alone, an average of 4.3 people killed or seriously injured every week over the last 5 years) and exclude Taxis as we are unsafe (Ironically the safest form of Transport currently under the TFL umbrella by a huge margin).
The detail of the bus routes using Duke St Hill is 6 routes (2 of which are night buses only), suggesting that our exclusion would speed up these few buses is ludicrous, what is going on here?
Remember my old mate Leon Daniels?
His latest venture is Optibus, you guessed it.. a private company that will specialize in smaller dynamic buses just like Viavan.
Stopping Taxis using ‘Roads’ they’ve been using for hundreds of years will only hinder our competitiveness, fiscal viability and consumer allure.
Ubers next product to be unleashed on London is Uber Pool Express, you guessed it, minibuses that will qualify to use all the newly prohibited junctions.
These private high capacity Private Hire Vehicles are the next stage in TFLs “vision” for London (remember Project Horizon?), another product adding more vehicles to an already overburdened road network that will operate uncannily like Taxis.
Uber Pool Express has failed in every city it’s launched but “rideshare” is how companies like Uber, Jedi regulators into believing basic regulation is a hindrance.
A detail of Viavan’s employment contract is that if Viavan are forced to comply with VAT and employment laws then Viavan has the right to sue their drivers.
This detail has been picked up UPHD and TFL and Sadiq Khan are all aware, how can the LABOUR Mayor and TFL give Viavan a contract when they are this exploitative?
Our Cabs be like… 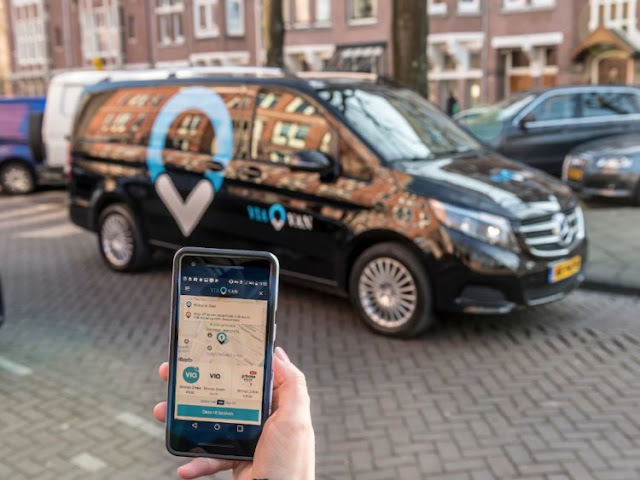 TfL have just licensed ViaVan who will be using Vito Euro6 diesels, in spite of the fact that form 1st January 2018, they mandated the London Taxi Trade could no longer register new diesel vehicles and we now have the option if only one vehicle to buy new….the LEVC TXe.
We have seen the agenda over the last year to exaggerate our emissions footprint whilst simultaneously attempting to reduce the age limit of our cabs, a fact that most of the GLA , Mayor and all the media refuses to acknowledge is that at no stage did we have any say in what vehicle we drove and had to buy, TFL made this decision at every level, they are culpable, no one else, to try and insinuate that we don’t care about London’s air quality is ridiculous, you would be hard pressed to find any other group of workers who are more exposed than London Taxi drivers.
By trying to separate us from their transport network and attempts to class us as just another private car TFL are trying to distance themselves from previous woeful decision making.
If TFL are adamant that the age limit has to be reduced then they need to reimburse drivers who have bought the vehicle that they dictated.
A worrying rumour is that LEVC are going under…I hope this is not true, as this would leave any owners in the precarious position of not getting spares and not having a valid warranty.
A recent TFL FOI revealed that in 2018 they licensed over 46’000 diesel PHVs (52%) and 8367 for the first time (18%), so in 2018 the cab trade was forced to buy a £63k vehicle without adequate infrastructure to cleanup London whilst TFL licensed over 8000 new diesel PHVs .
Our market is now flooded, TFLs rationale at making us buy a £63k cab in this current climate that they created is a workers abuse.
They have been forced to introduce Congestion Charging and ULEZ on Private Hire Vehicles because there are now so many.
James Farrar has been throwing some wild language around, with reference to these charges, if you want your members not to pay it then simply get a WAV vehicle or better still invest 3 years of your life learning how to get around London. The knowledge is a meritocracy, just do the work and you will pass James.