If you thought cyclists were just a nuisance, prepare yourself for a shock!…by Alan Fisher 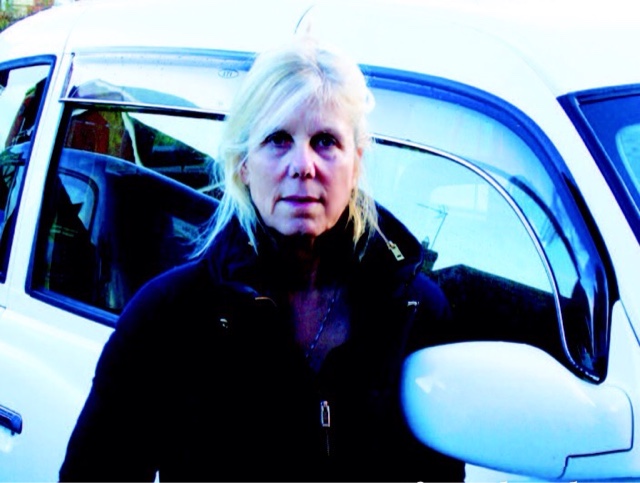 Over the years, we’ve heard many true stories that at the time we found difficult to believe, but the one involving a Dial-a-Cab driver just before Christmas outside the Houses of Parliament has surely moved to the very top of the list!
It also brings into play a situation that is not just shocking, but in reality puts our licenses and very livelihoods into the hands of our Mayor’s undoubted favourites – his fellow cyclists!
Debbie Hope had been travelling along St Margaret’s Street towards the Parliament Square traffic lights. Soon after – on Christmas Eve in fact – she received a police letter enclosing three stills taken from a video camera appearing to show that Debbie’s taxi had been driven through the lights whilst they were red.
Debbie’s tells her story in the lasted Dial-a-cab in house magazine Call Sign.
“The photos undoubtedly showed my cab going through the lights on red and although I couldn’t understand how I missed them, I obviously did and was prepared to hold my hands up,” Debbie told Call Sign. “The first photo showed me a short distance away from the lights with them showing red and amber, so the next sequence should have been green. But they obviously must have changed straight back to red because the second photo showed the lights as being red again and my cab going through them.”
Continuing with her story, Debbie told us: “Receiving that on Christmas Eve was bad enough, but the police then said that on looking at files, I did not have any insurance and that frightened me even more! So far as I knew, I was insured with Quotax and had never had any renewal problems. But the letter now made me wonder if, and for how long, I had been driving while uninsured? It really did frighten me.”
Debbie phoned Quotax and they confirmed that she was insured and that any police enquiry must have shown an incorrect registration. But she still faced the possibility of three points for what their own photographic evidence proved was an incorrect light change sequence.
So Debbie then phoned the number on the letter and they confirmed that she was indeed being prosecuted for going through a red light. But what they told her next not only amazed her, but should shock every single taxi driver in London.
“I asked if I had been filmed by a yellow camera because I had never noticed one there. When I was told no, I then asked if it was a police hand-held camera and again the answer came back as no. So I asked where the footage had come from and after a few moments of silence, the voice at the other end said it had been taken by a member of the public!
“My husband, Duncan, took a look at the photos and said that in his view they seemed to be still shots from a video that had been taken by a cyclist with a helmet camera who must have been behind Debbie and passed the footage of a taxi going through a red light over to the police!
“I was still reeling from the shock of what I had been told by both the police and then Duncan, but pulled myself together enough to call the police again and explain that the sequence of lights was obviously wrong and although I admitted going through a red light because the photo showed it, surely the incorrect lights sequence was mitigation enough for the matter to be dropped?
The voice at the other end said she would look at the footage and call straight back, obviously hearing the concern in my voice. True to her word, she did phone back and confirmed that I had indeed gone through a red light, but went on to add that an incorrect sequence was no defence. She also apologised for the police making a mistake re my insurance, but they were not going to cancel the offence.
“Because I now believed it was probably a cyclist, I asked if that footage was allowed as evidence for something serious enough to carry three points if proved and she said yes!
“I was truly stunned and several days later when I spotted a policeman in the street, I asked if he could confirm that cyclists’ helmet camera footage was acceptable. He said that he too was amazed and had never heard of it!”
Debbie, who has been with DaC for 15 years, went on to tell the magazine that she now has a camera in her taxi and had contemplated passing over footage of any cyclist that jumped a red light! But she added that with their advantage of not needing registration plates, they all looked the same from behind! And besides, that would probably be a full time job!
“I assume that the cyclist who passed the footage of my cab over to the police just didn’t like taxi drivers and has probably done it before,” said Debbie, “but I doubt that an all-out war between us would do anyone any good.
However, I’d like to warn all Taxi drivers that with so many cyclists having helmet-cams, this may be just the thin end of the wedge.”
Source : Call Sign Feb 2016.