A strike by Nottingham’s Hackney carriages has left the city centre in chaos during this morning’s rush hour. 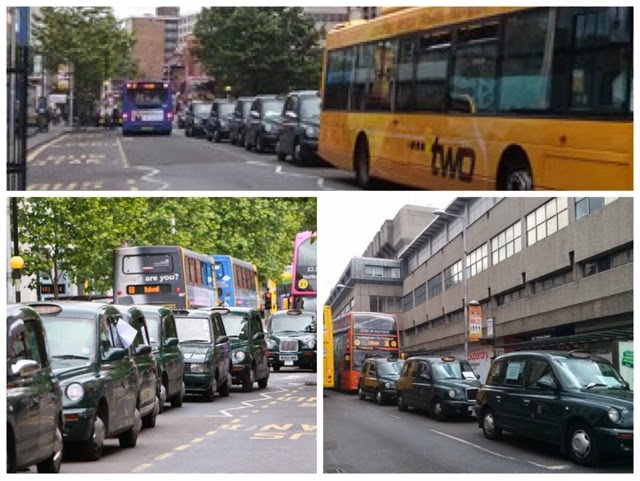 Drivers reportedly blockaded Old Market Square and the road outside John Lewis between 8am and 10am.
Maid Marian Way was also completely blocked.
More than 400 drivers went out on strike.
Driver Javid Ali, 58, from Sherwood, said: “We are not taking fares between 8am and 10am.
“This is not what we want to be doing because after all it is our livelihood and not getting fares means we cannot pay the bills.
“It is all about passenger safety.
“We are sorry for the disruption to people but we have got to make the council listen.”
Nottingham Licensed Taxi Owners and Driver’s Association Chair, Jamil Ahmed said in a statement:
“Nottingham City Council as a taxi licensing authority is not meeting its obligation to keep taxi law and order during the night time economy in the city centre.
This puts thousands of people in danger when they return from the city over the weekend in un-booked private hire and outer borough taxis. These journeys are not covered by insurance.
Only the Hackney taxis can be legally hailed in the city.
Many parents like me, will rightly be deeply concerned that their children might be driven around unprotected and uninsured and that the City Council seems completely uninterested in acting on their responsibility to keep taxis well licensed and safe.
Many of the tourists attracted to the city for its great attractions and choice of night clubs, bars & restaurants are unknowingly stepping into un-booked vehicles of disreputable drivers that litter the city streets and pedestrian walk ways.
I hope that the City Council listens to our concerns and implements new taxi strategy so that taxi law and order can prevail thus ensuring the public receive a safe and dependable taxi service they deserve.”
Source: Nottingham Post