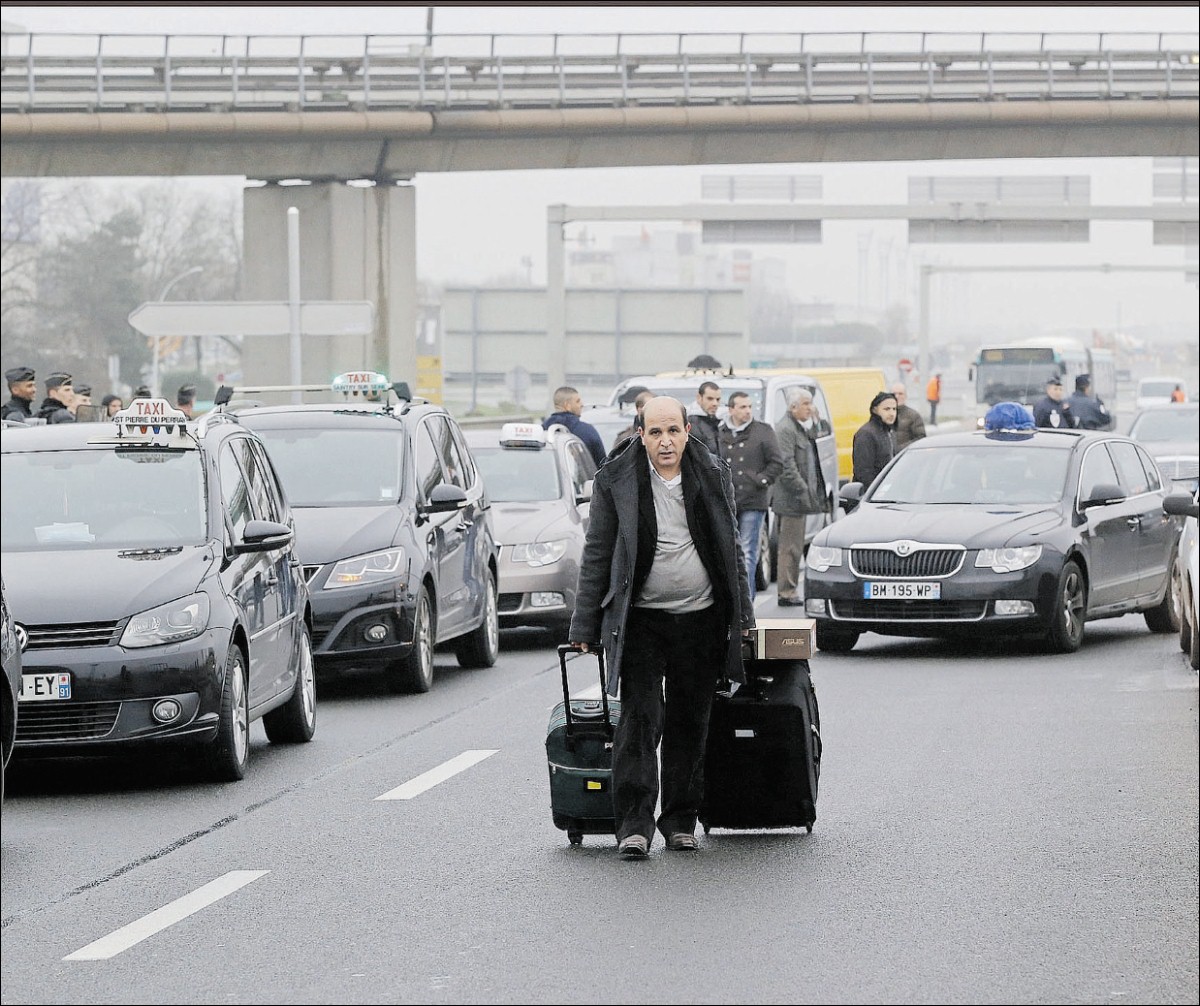 Taxi wars have erupted in Paris as the monopoly long enjoyed by the French capital’s notoriously protectionist cabbies is being challenged by a new breed of bookable minicabs.

Parisian taxi drivers get a bad press for being rude, playing loud music, hardly ever accepting credit cards and turning up for a booked ride with 10 euros already on the meter. They are also notoriously hard to find.

Standing in a long queue at a taxi rank outside the Opera Garnier, one irate Parisian watched a string of cabs with the red “taken” light on their roofs drive past and exclaimed: “Taxis, taxis all around, but where’s one when you need one?”

Martin Pietz, a photographer, said: “One or two drops of rain and there are no taxis at all. When you do stop one, they can be very rude and if it’s not on their way home or to lunch they often say, ‘Take another one, I’m busy.’ ”

With just 18,000 vehicles, the taxi fleet of Paris has remained virtually unchanged since the 1950s, while London’s has swelled to about 23,000 black cabs and 40,000 minicabs. Despite the shortfall, the powerful taxi lobby has successfully fought off repeated attempts to deregulate the industry and bring in minicabs – usually by bringing the capital’s main ring road to a halt.

Charles de Gaulle threw in the towel in 1958 after a two-day strike. Nicolas Sarkozy capitulated in 2008 when drivers staged a threeday “operation escargot.”

But now the reign of le taxi parisien is under threat because of a recent change to the law liberalizing socalled “tourist vehicles with chauffeurs,” or VTCs – the French equivalent of minicabs.

Yan Hascoet, 29, the chief executive of chauffeur-prive. com, started with 20 cars 18 months ago and business is booming. He now has a fleet of 320 vehicles, a client base of 15,000 and is seeing 15 per cent week-on-week growth.

“Our drivers are dressed in a suit and red tie, they open the door, make you feel at home in the car, don’t blast their own music and don’t talk unless talked to – just basic service, which is hard to find in France,” he said.

VTCs work on reservations and cannot be hailed in the street. But the advent of smart phone applications using global positioning means cars can turn up almost at once, enraging taxi unions.

“We have to pay 240,000 euros for a new taxi licence, and have a strict area where we can work, while they pay just 100 euros to work where they want and can do what they like,” said Jean-Michel Rebours, Defence of Paris Taxis Union.

Taxi unions are calling on the government to impose a 15-minute delay between the moment a customer books a minicab and its arrival. Minicab companies say the 15-minute rule is an attempt to kill off competition. “How can we tell our customers to wait another eight minutes when their car has already arrived?” asked Hascoet.

With a decision expected in the coming weeks, experts said the taxi lobby would pull out all the stops to get its way.

“The French government is frightened of Paris’s taxi drivers,” said Richard Derbera, a member of the City on the Move institute. “Almost 20 years ago I said to myself, this is ridiculous, there’s no way we can go on like this in Paris. But we have. France will be the last to change.”