Milton Keynes Council Apologises To Taxi Drivers Over Claims THEY Were To Blame For Rapist Getting Taxi Licence.

Taxi drivers have received an apology from Milton Keynes Council over claims a letter suggested they were to blame for a rapist getting a licence. 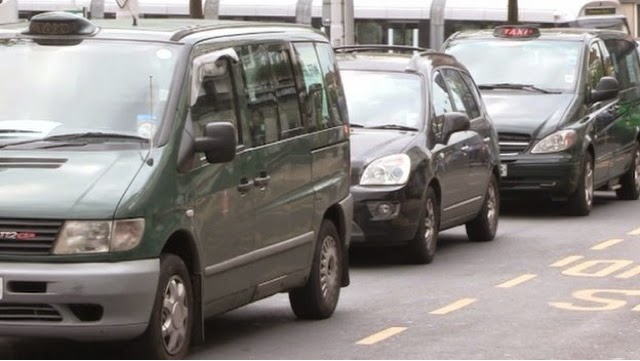 The letter had said the council wanted “to assist you in restoring the public’s faith in your service”.
The council’s licensing committee granted serial rapist Nadeem Kiani a taxi licence in 2011.
An investigation into the affair revealed serious flaws in the taxi licensing policy.
In a second letter, dated 14 November, the council’s head of taxi licensing, Mike Hainge, apologised for “the way in which that letter was phrased”.
He said: “It was not our attention to cause any offence or to suggest the current difficulties were the fault of drivers. It clearly was not.”
The original letter, from 4 November, had “required” all taxi drivers to undertake an additional Disclosure and Barring Service check.
In it, regulatory compliance manager, Neil Allen, said following the checks “we will reassure the public” it is safe to use taxis in Milton Keynes.
‘Unnecessary strain’
The apology followed complaints by taxi drivers, including Skyline Taxis’ director Gavin Sokhi.
He said he had wanted to ensure the council “appreciated the unnecessary strain” that had been put on drivers and operators.
Kiani was given the licence in 2011, despite having four convictions for rape and sexual assault.
Subhan Shafiq vouched for serial rapist Nadeem Kiani in 2011
In 2012 his licence had been briefly suspended after further details of how he had raped women in London were revealed. But a second committee lifted that suspension.
An investigation was launched in August, at which stage the chairman and vice-chairman of that second committee, Stuart Burke and Gladstone McKenzie, resigned. 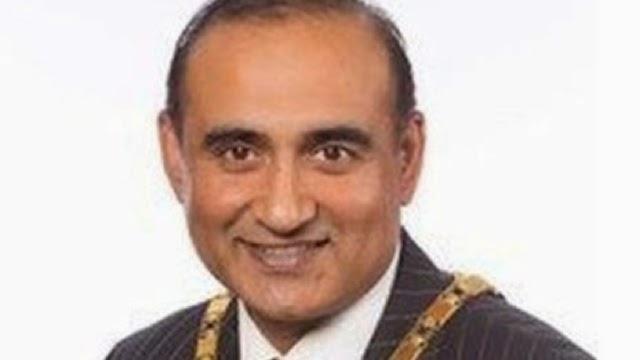 Mayor Subhan Shafiq, who had vouched for Kiani as a friend in 2011, resigned from that role. Last week he quit as a councillor.
Mr Sokhi said: “Every council member and taxi licensing officer I have met with have been very apologetic and understanding.
“I felt it was very important the council built bridges with the trade, starting with an apology.”
Milton Keynes Council said it did not want to add anything to the contents of Mr Hainge’s letter.