After Barcelona announced plans to impound the vehicles of people caught using the app-based chauffeur service Uber, Madrid’s regional government has launched a crackdown that will allow police to fine drivers and passengers up to €18,000 ($22,600). 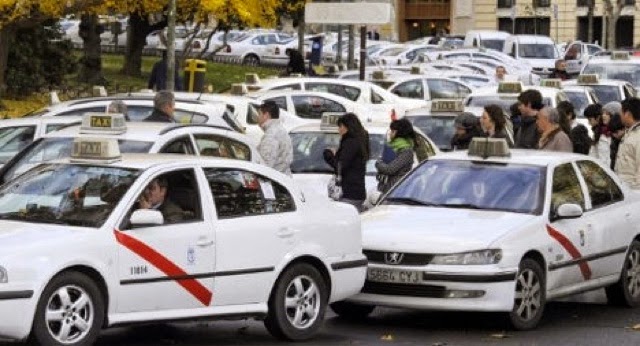 The smartphone application Uber, which links passengers with drivers of private vehicles, has caused controversy since it came to Spain earlier this year.

After strikes and protests by taxi drivers, Barcelona banned the app in June and announced this weekend that it would modify the city’s laws to punish users. Those caught by police will face having their cars impounded for up to three months plus fines of around €4,000.

Police action against Uber users has already started in Madrid, where the app launched only last month.

As of Monday, Guardia Civil and local police officers will begin to inspect and fine Uber and its users if they are found carrying passengers without the necessary licences.

Taxi drivers in both cities are unhappy with what they describe as unfair competition from the app, which charges 70 cents ($0.90) per kilometre (0.6 miles) or 30 cents per minute.

They have gone on strike on a number of occasions, protesting that they must pay for taxes, licence and insurance, unlike Uber users.

Borja Carabante, vice-councillor of Transport, Infrastructure and Housing,  said after a meeting with representatives of taxi drivers’ groups that the city would “guarantee the safety of users, avoid unfair competition and work with the taxi sector to inspect and fine pirate vehicles that work at the airport, by telephone or through applications like Uber.’

“To offer a [commercial] transport service, the driver must have a qualification and, if he does not, it is an illegal activity,” he added.

The legal status of Uber has been hotly debated across Europe in recent months.

Taxi drivers in Paris and London have publically protested against the app but a court in Frankfurt recently overturned a German ban on the service.

Spain’s Economy Minister, Luis de Guindos, came down on the side of the app-makers and stated in June that taxi drivers would have to “adapt” to changing technology.

A spokesperson for Uber in Spain recently told The Local. “We believe that there’s room for everyone, and we’re improving transport options for both riders and drivers alike