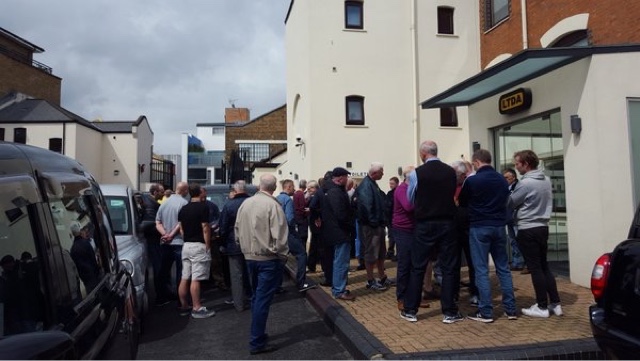 Taxi House Woodfield road. Drivers support Sean Paul Day at complaint hearing.
This afternoon, Sean Paul Day appeared before a complaints committee at Taxi house, accused of lying about the LTDA’s JR bid, they claim was running in parallel with the Action For Cabbies Fundraising campaign. 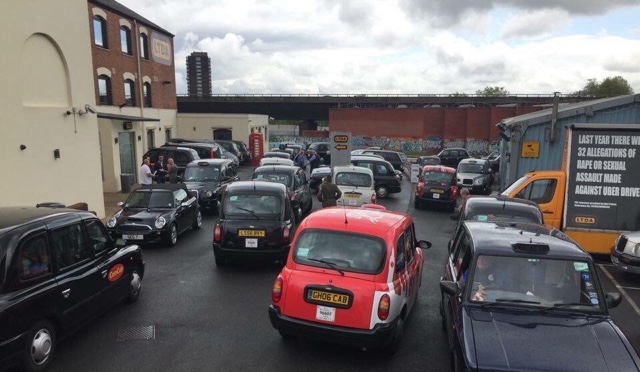 Drivers turned out to support Sean and the forecourt of Taxi house soon filled to over capacity, with approximately another 50-60 Taxis queuing in Woodfield Road. 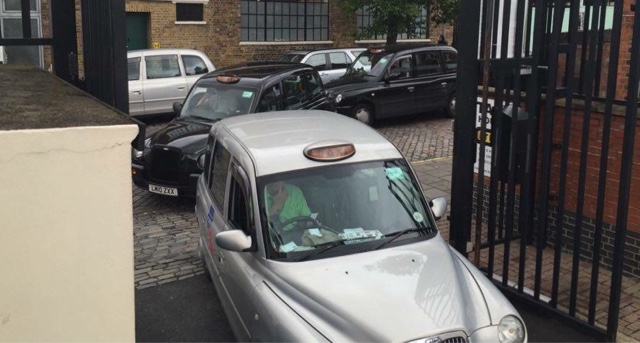 Sean faced the committee accompanied by Marc Turner who was not allowed to speak. But Marc was allowed to read a prepared statement in support of Sean, at the end of the meeting.
The hearing lasted just over an hour. 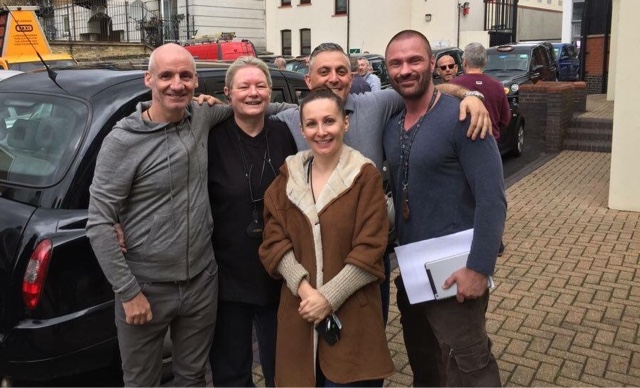 Sean was seen leaving the building with supporters, shown to the door by Bob Oddy. 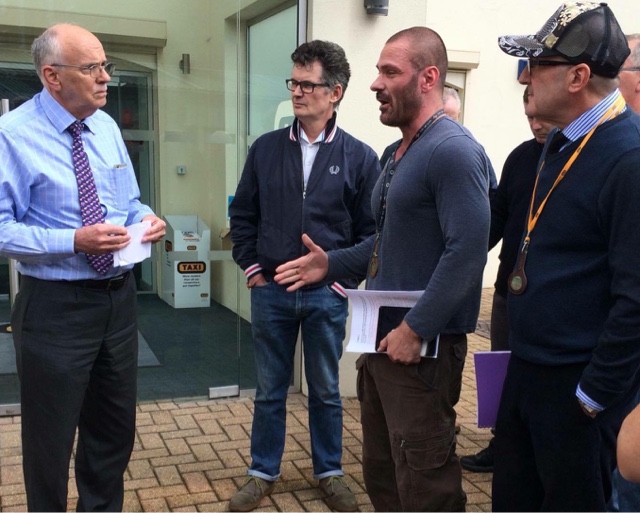 We asked Sean of the outcome and it appears no decision on his future as an LTDA member was made today. He has been told he will be contacted by mail and informed of the committee’s decision in due course ( much in the same way they expelled Mike Calvey).
Below, Oddy is quizzed,  ‘where has the money gone Bob?’