London told by MP, it must choose between Uber and black cabs.

London must choose between the chaotic Uber or its heavily-regulated but safe black cabs because the two cannot operate side by side, a Tory MP has warned. 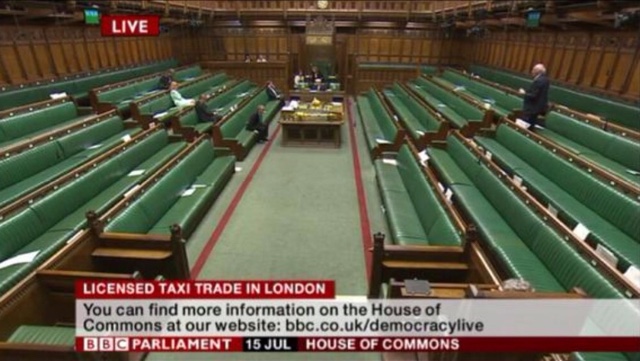 MPs don’t seem too worried about the demise of the Licensed Taxi Trade, only 6 stayed behind for the debate. Only 4 stayed for whole debate. 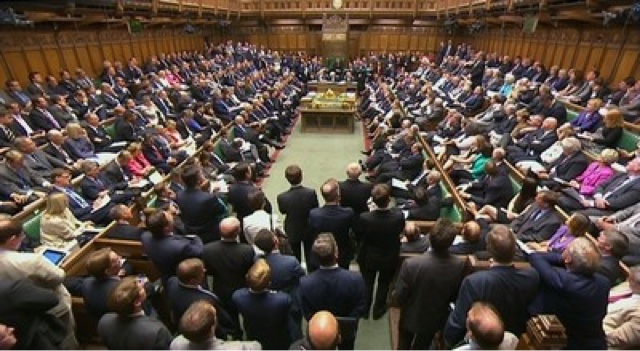 MPs debating their 10%pay rise.Charles Walker said while cab drivers had to pass the Knowledge and undergo background and financial checks, technology start-up Uber was brazenly ignoring the rules and flooding the capital with mini-cab drivers.

He warned City Hall officials were having to deal with as many as 1,200 new mini-cab registrations every month, while Uber straightforwardly ignored most regulations.

Mr Walker said if Uber was preferred there should be a genuine free for all, releasing cab drivers from the current regulations on themselves and allowing them to put “any old piece of rubbish on the road”. 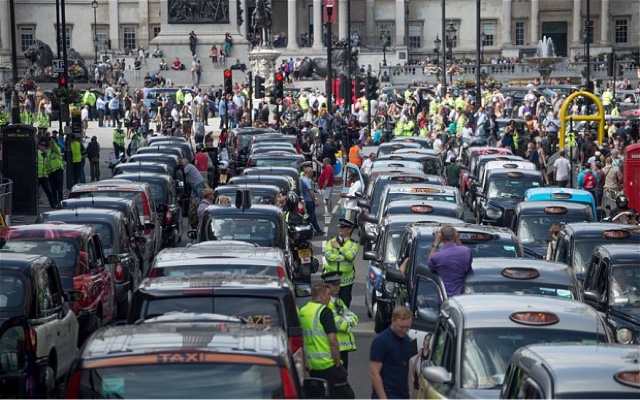 Speaking in a late-night Commons adjournment debate, Mr Walker said: “For 400 years, London has recognised the need to have a properly-regulated and licensed taxi service. I suggest our illustrious predecessors were not fools in this matter.

“London can’t have it both ways: it can try but it will end in tears.”

Mr Walker said without the enforcement of regulations on all kinds of taxi, fares would rocket, cars would be unsafe, disability access would be hit and people would be less safe.

He said the enforcement officials had neither the resources nor the sanctions available to properly uphold the rules – telling MPs there should be the ability to get rule breakers off the roads for good.

The Broxbourne MP said there was currently no penalty for not meeting the rules.

“I want to be clear: I want to derive reassurance from a licensed and regulated black cab taxi trade. Of course, it’s not a perfect trade but it’s a very good one,” he said.

“I want to know when my children are out in London, they will always have the option of easily finding a black cab to take them home or back to the place they are staying.

“And I want to know they will pay the price on the meter, not a meter price artificially inflated through surge pricing as Uber drivers did during the 2014 Sydney hostage crisis and in London by 300 per cent during last week’s Tube strike. Thank you Uber, thank you for nothing.

“I want to know my children are being driven by a professional with four years’ training because my children’s safety is important to me.”

He continued: “Why shouldn’t fares be left to the discretion of the driver? Only the fools will be left to pay the higher rates and that’s their punishment for being stupid, weak, old or frail.

“This is not the London I want to live in but unless we take regulatory enforcement seriously, I fear it is the one we are going to get.” 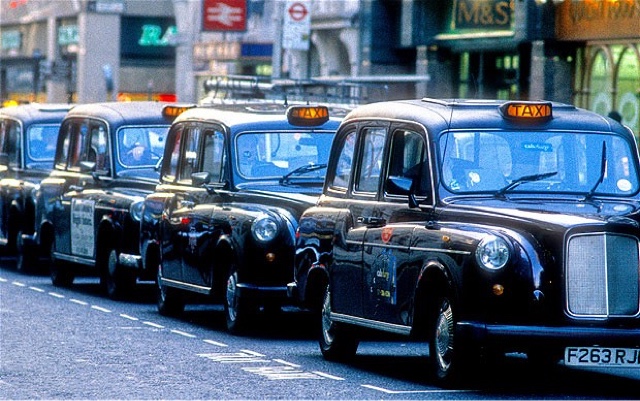 Transport minister Robert Goodwill said he understood Mr Walker’s desire to raise his concerns in the Commons, but added licensing was the responsibility of Transport for London (TfL).

He said: “London’s taxi service is recognised as one of the best in the world, with high vehicle standards – including disabled access and skilled drivers.

“By learning the world famous Knowledge of London, London taxi drivers therefore earn the unique right to ply for hire on the streets of the capital.

“Private hire vehicles offer a different service, also with high standard but allowing a customer to choose who they travel with.

“This combination of taxi and private hire ensures that the needs of as many Londoners as possible can be met.”

Mr Goodwill said “time does not stand still” for the iconic black cab, with the market changing due to new technology.

He noted the “industry must adapt” but change brings challenges, explaining TfL and other licensing authorities was faced with accommodating “21st-century technology in 19th-century legislation”.

Mr Goodwill said a consultation had been carried out in the capital which may deal with some of Mr Walker’s concerns, adding the results would be published later this year.