A second wave of protests by black cabs earlier this month were the latest skirmish in an ongoing conflict over public car fleet transport. Drivers of traditional black cabs, under their umbrella organisation, the London Taxi Drivers’ Assocation (LTDA), staged a traffic snarling protest on 24 September in central London.

The drivers were upset over what they saw as an ongoing lack of regulation concerning mini-cabs and mobile apps, illegal touting and electronic rickshaws – particularly Uber, the US app that enables drivers to pick up fares signalled through smart-phones. According to UK government statistics, London alone controls 31% (around 71,600) of the 231,000 licensed vehicles in the UK. By one estimate this market is worth over £3 billion – demonstrating its global importance in the ongoing sector fracas.

It is also a unique urban market. Its odd formation, complicated local road systems and general age and sprawl have led to a significantly fragmented private-hire (minicab) market. At the same time its status as a centre of innovation and technology has led to it becoming an important testing- (and battle- as the protest demonstrates) ground for the latest innovations in the taxi and private-hire sphere. 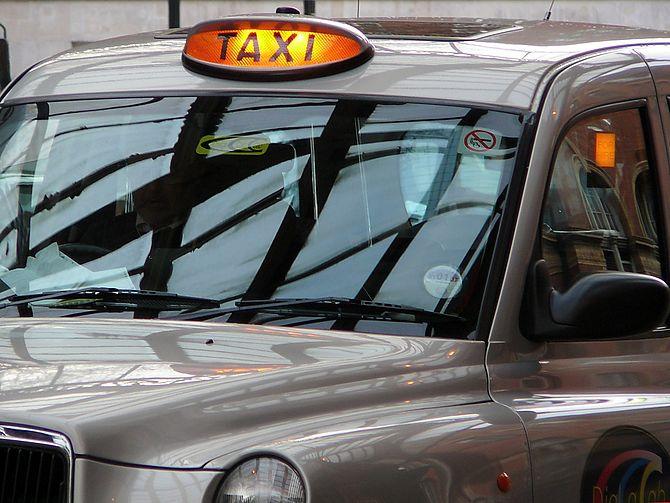 Close-up of ‘for hire’ signage (on roof and in nearside front window) on a London hackney carriage, photographed at Marylebone station.