London Stalling – a report on London’s congestion by the GLA 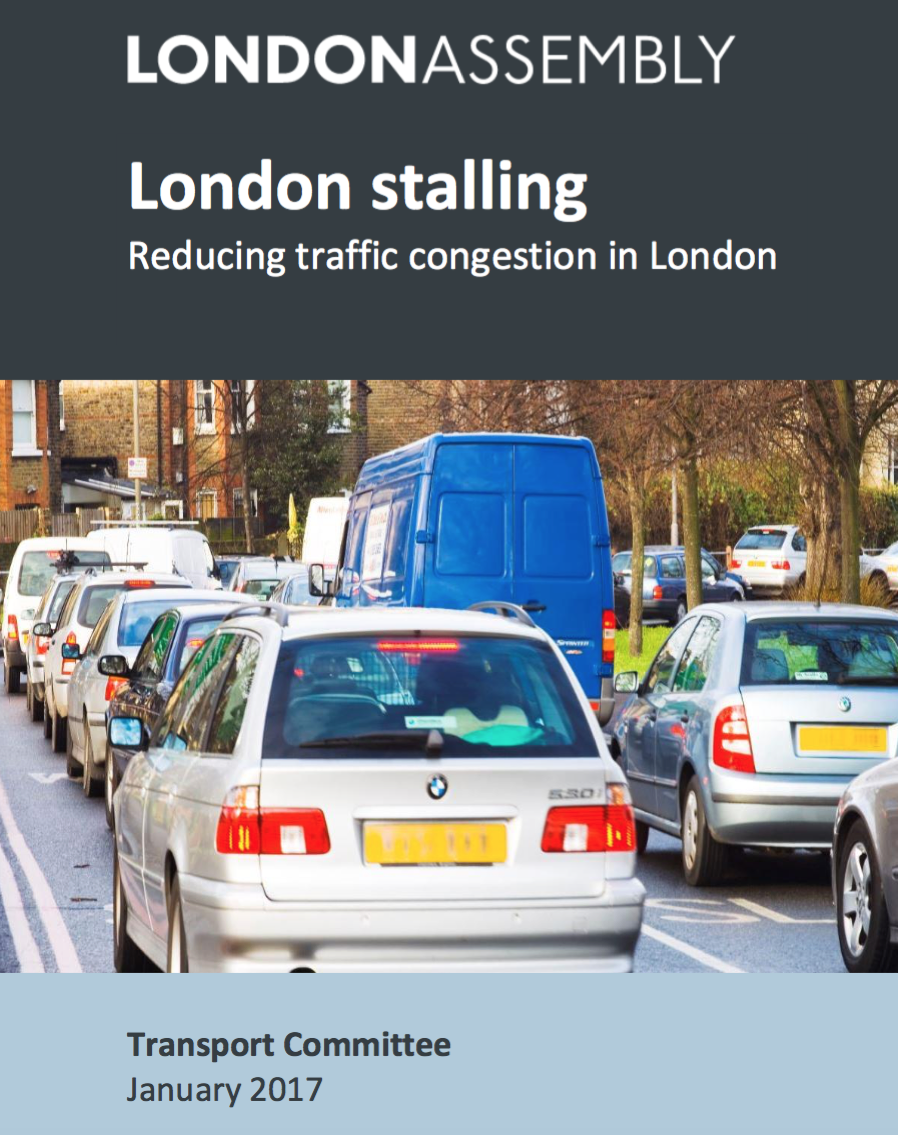 Over a decade ago, London led the world by introducing a Congestion Charge in the centre of the city. The scheme has proven successful, keeping a lid on private motor traffic and creating new space for buses, cyclists and pedestrians on the busiest part of our road network. Congested cities around the globe looked to London as they considered how to tackle the gridlock on their own streets.

However, congestion has begun to increase sharply again, and not just in central London but across the capital. Traffic has slowed down and road users are spending longer stuck in delays. Buses have become so unreliable that usage has begun to fall, after many years of growth. The causes of this change are complex and multiple, as our investigation has identified.

What is clear is that the current Congestion Charge is no longer fit for purpose – it is a blunt instrument using old technology that covers a tiny part of London. Fundamentally, vehicles should be charged according to their impact on congestion. Charging a daily flat rate to enter a zone may discourage some people from using part of the road network, but

this approach is failing to target vehicles spending longer on the roads, at the most congested times, and travelling in other areas where congestion is high.

We recommend in this report that the Mayor should make plans now to introduce road pricing in London. This idea has long been discussed, but until now the political will to make it happen has been lacking. Delaying further is not an option. There are a number of options for how this happens, which TfL will need to work out, including the geographical scope, monitoring technology and integration with Vehicle Excise Duty and the Mayor’s emissions charges. In the interim, immediate reform of the existing Congestion Charge to target it at journeys causing congestion would be worthwhile.

There is a range of other measures that could also help to tackle congestion. The Mayor could do more to reduce the impact of roadworks, strengthen the on-street response to major traffic incidents, and encourage Londoners to receive personal deliveries in more sustainable ways. However these measures alone will not be enough to tackle London’s congestion problem