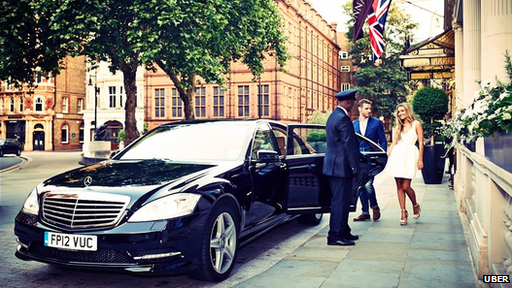 Uber launched its car-hire service in London in June 2012

London black-cab drivers are planning to cause gridlock in the city to protest against car service Uber.

The Licensed Taxi Drivers Association complains that Uber’s drivers are using a smartphone app to calculate fares despite it being illegal for private vehicles to be fitted with taximeters.

Transport for London has declined to intervene, because it disagrees that there has been a breach of the law.

LTDA now plans to force the issue by holding the action in early June.

“I anticipate that the demonstration against TfL’s handling of Uber will attract many many thousands of cabs and cause severe chaos, congestion and confusion across the metropolis.”

TfL told the association last month that it believed Uber’s vehicles were not strictly “equipped” with taximeters since there was not “some sort of connection between the device and the vehicle”.

Rather, the app was merely making use of data about the distance travelled and time taken, which was not illegal in itself. 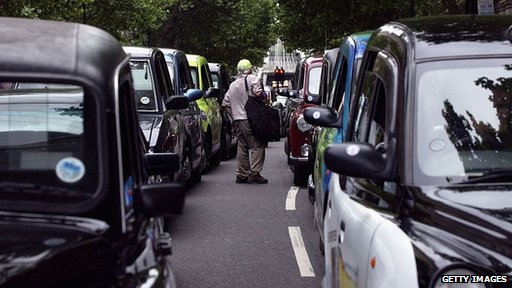 LTDA rejects this distinction and is now threatening to seek a judicial review.

“We have seen no evidence to suggest that Uber London Ltd are not fit and proper to hold a London private hire vehicle operator’s licence, but no final decisions have been made whilst Uber’s operating model is still under investigation,” TfL told the BBC.

The dispute marks the latest in a series of clashes between Uber and the established taxi trade.

The firm is also facing restrictions on its operations in Paris, Brussels, Berlin, Sydney and a number of US cities.

San Francisco-based Uber describes itself as a “pick-up” service that connects those needing a ride with a background-checked private driver, and takes a cut – typically 20% – of the fee.

It now operates in more than 100 cities across 30 countries, including Manchester where it launched this week.

The firm markets its service as offering “cutting-edge safety measures”: 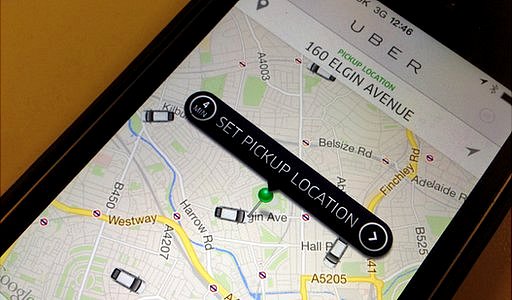 Fees are based upon data gathered by the driver’s app and whether “surge pricing” is in effect because of heavy demand.

The five-year-old firm acknowledges that it can prove a disruptive force.

“Competition in my view is always good for the customer because it makes all of us up our game in terms of quality and service,” Uber’s general manager in London, Jo Bertram, said.

“On the driver side, we offer a much more flexible model that is very different from the old-school private hire industry, that allows them to work as independent business operators however and whenever they choose.”

The LTDA said while the taximeter was the focus of its complaint, it had wider objections to the firm.

“Uber, funded by Google, Goldman Sachs and others, has a stated aim of challenging legislation that is not compatible with its business model,” said Mr McNamara.

“This is not some philanthropic friendly society, it’s an American monster that has no qualms about breaching any and all laws in the pursuit of profit, most of which will never see a penny of tax paid in the UK.”

A spokeswoman for Uber said it rejected this characterisation of its business,

Other traditional taxi associations are also taking a stand against the firm in Europe: 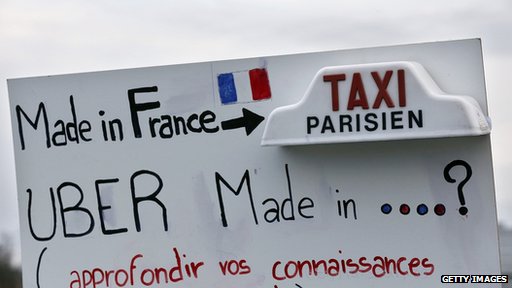 Uber does, however, have support from the European Commission.

Vice-president Neelie Kroes has said her staff used the service to “stay safe and save taxpayers money”, adding that European authorities should help the firm comply with standards rather than trying to ban it.