Letter To Editor : You Can Only a Kick Someone So Many Times Before They Kick You Back

Soon we’ll completely ignore their rules. let’s face it, WTF are they going to do to our trade after kicking it in the testes for so long, it’s on it’s knees. Are they going to sack us, refuse to issue a licence?

They appear to live in that fantasy world, all those types do. In that they believe we’ll all carry on as before, because they say so. yet they wouldn’t get out of bed for less than £xxxxx salary, yet expect working preople to work for a pittance, whilst their profession is destroyed around them. Well TFL it’s not going to happen.

They’ll end up with the inferior service they already get from those app based suppliers. but, then they don’t really give a fece do they. Didn’t that flacid TFL sychophant say, “it’s what Londoners want”, whilst lieing his teeth off about land lines, & Insurance?

So WTF are TFL going to do to drivers who have no stakeholding or concern about TFL regs. Oh Yes, you’re going to badge & bill us, along with hold up our license renewals, that’ll impress us, won’t it, not.

I forgot, TFL already have minicabs that don’t abide by their regs, whilst TFL do sweet FA to them, except the odd road stop or similar. 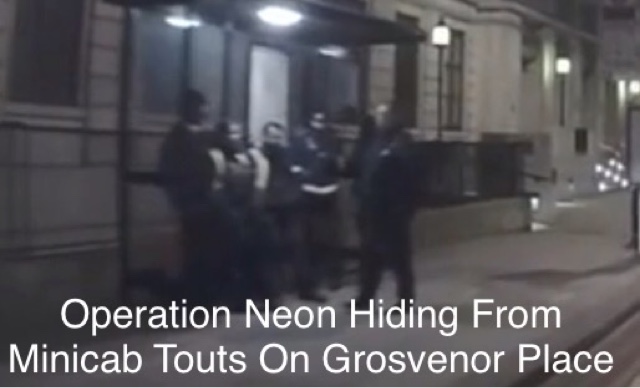 It’s merely the ability to earn a living, whilst having reasonable freedom, flexibility of the job, that made it worth while,& for us to obey the stupid, pathetic over burdensome, inflexible, unmovable rules imposed upon us and still doing so as they’ve destroyed those aspects of it, it’s no longer viable, so why should i bother listening to their BS about rules.

After all didn’t TFL ride a coach & horses through all the rules to licence that app supplier? Which in doing so, raised the anger of the minicab fraternity who had obeyed those very rules. Now 98% of minicab business’s have gone out of business, so why did they bother obeying any fece issued by a nasty, distainful, unlawful, dishonest, cheating, lieing, fraudulant, TFL? and why should we bother?

TFL needs to be the one that provides evidence of being fit & proper persons to conduct the business of the people, not London taxi drivers.

So far taxi drivers have shown more commitment, honesty to their buniness than TFL have shown to the entire electorate of London.

TFL, destroyers of the London licensed taxi (Black cab), destroying the livelyhoods of the independent individual traders of London on behalf of Corporate sector profitability!

Unfortunately, this letter was unsigned.