Len Martin Asks The Question : Why Did Hendy Choose Martin Chamberlain For Opinion On Uber’s Meter? 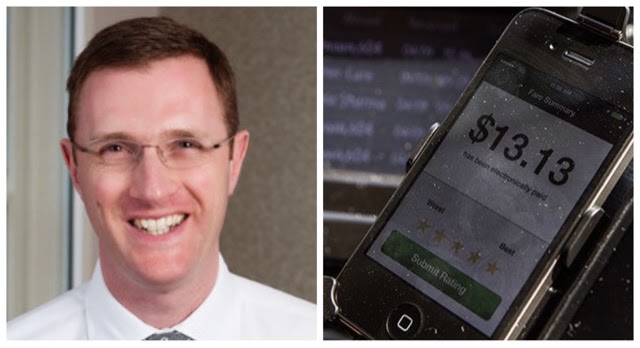 Chair of the Ubited Cabbies Group Len Martin, looks at who decides what constitutes a taxi meter…

Sir Peter Hendy tells us that he took legal advice on whether UBER are using a taxi meter or not, so who did he ask?

An emminent QC who he admits hasn’t a very memorable name!

So lets draw some parallels to compare how technical issues are dealt with in the legal system in the UK.

If a new house were built and If there were an electrical house fire where upon an occupant died, the developer may well end up in court facing manslaughter charges.

Would the court ask a barrister to determine the cause of the fire or an electrician?

Would you ask an eminent QC whether the electrical wiring Installation met the relevant standards?

Or….Would the eminent QC call a subject matter expert I.E. a qualified electrician to determine the cause of the fire and whether it were the quality of the wiring that caused the fire?

If there were an aeroplane crash, would you call an eminent QC to determine the cause of the crash?

Or would the eminent QC call a subject matter expert air crash investigator?

If a drug dealer were caught with a new synthetic drug, would an eminent QC determine whether the substance was a class A drug?

Or a subject matter forensic chemist?

So why would TfL not ask the BSi, Lucastronic, Digitax etc to give expert witness as to whether the UBER device is a meter? How can a safe ruling be made if the courts do not take expert testimonials from subject matter experts?

Who did TfL consult ?

And what makes Martin Chamberlain QC such an expert? Well, below is some of his recent cases… It’s not obvious to the UCG why they chose him to be their subject matter expert… Perhaps Sir Peter would be so kind as to shed some light upon this less than obvious choice…???

His measured and expert advocacy is particularly well respected in relation to issues of human rights, torture, sanctions and freedom of expression.

Recent work: Acted as leading counsel for the Foreign Secretary in the high-profile case of Sandiford, resisting an appeal for legal expenses on behalf of a British woman on death row in Bali.

Recent work: Acted as leading Special Advocate for Bank Mellat in the first ever closed hearing in the Supreme Court, in which financial restrictions imposed on the bank for the purpose of limiting Iranian nuclear proliferation were overturned.

Recent work: Represented Transport for London in the newsworthy case of Eventech v Parking Adjudicator. The case regarded Addison Lee’s challenge to the rules on the use of bus lanes in London, which raises free movement and state aid issues.

Well…. Having read his resume its pretty obvious really, of course you would call Martin Chamberlain, sounds just the right chap to us ! perfect choice Sir Peter.

I wonder what the outcome of this hearing behind closed doors will be ?

We’ll have to ask William HIll for some odds, no wait, don’t ask them, ask a window cleaner or a hospital porter