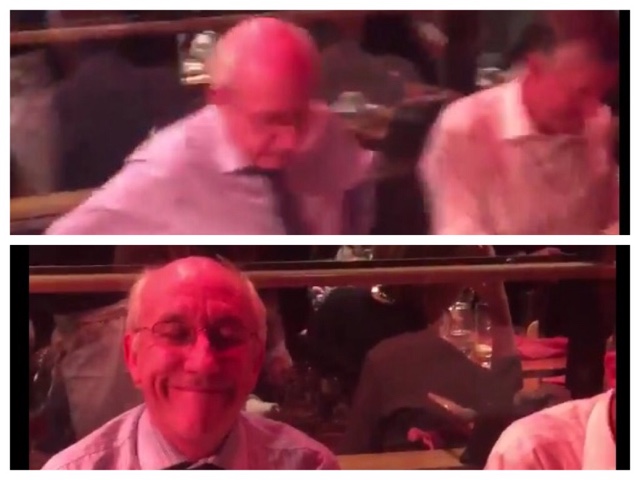 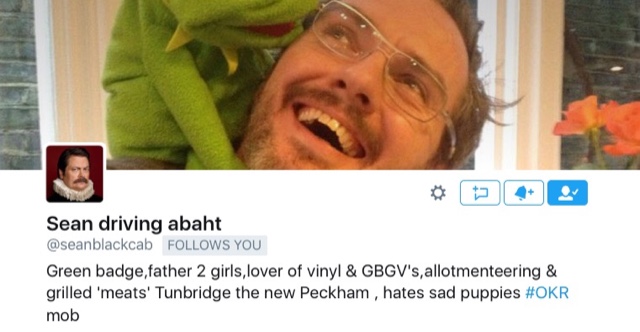 As many of you on Twitter are aware, LCDC member Sean Stockings received a letter from Peter Blake at TfL on December 2nd, informing him that he had been suspended. This followed his tweet of a picture of TfL boss Leon Daniels, along with Mike Brown, at a restaurant in Mayfair.
He was given 28 days to appeal against charges that were never stipulated and the suspension had no timescale.
The LCDC have instructed our solicitors to represent our member in this matter – below is their strongly worded response to TfL.
Below is the letter sent to TfL by Sean’s legal representative.
Further to your telephone conversation with Ms. Payton this afternoon, I write to confirm that as the representative of Mr. Stockings he wishes to “appeal” his undetermined suspension and request a personal hearing.
Clearly, as also discussed, the nature of the allegation will have to be disclosed prior to any representations being made – it would be Kafkaesque to require representations prior to providing details of the alleged behaviour complained of – to that end we shall require the investigation file and the determination decision. I understand that this will be provided prior to the personal hearing and in good time…
Unfortunately at the end of the lengthy conversation I am no further forward in understanding who determined Mr. Stockings behaviour was a) inappropriate and b) so inappropriate that only the “proper course of action” was to suspend his license. I note our calls were recorded, please be advised that we shall require transcripts of same (for your information the calls were made between 12.00 noon and 2.00 p.m. from telephone 02074051999 to Kieran and yourself on your general number) as we shall refer to the misleading information during the course of the hearing.
Whilstyouindicatedthatthereasonforthesuspensionwasthatthe”HeadofLicensing”haddecided thatMr.Stockingswas”notafitpersontoholdsuchalicense”; you refused to answer whether it was Mr. Peter Blake in his capacity of Head of Licensing that had made this decision, confirming when queried that The London Cab Order 1934 had been amended to give the Head of Licensing the same powers as those formerly enjoyed by the Commissioner of Police. It would appear from your enclosuresthatTFLmaybeoftheviewthatanyemployeecanmakethisdecision,isthisthecase? Itwouldappearthat”afitandproper”testwasmadewithout reference to behaviour which could reach a criminal standard, this seems at odds with the licensing provisions as to what constitutes a fit and prper person. Whilst we are aware that the assessment was made as a result of the tweet and video sent by Mr. Stockings we can see no reason why the tweet and video justified such a sanction and look forward to that being explained within a determination decision.
We spoke at first with Kieran whom we understand answers enquiries by telephone and he was asked to advise from the file a) the Act which was said to have been breached, b) who assessed the behaviour as inappropriate, c) whether there was evidence other than the video and tweet (i.e. who had made an allegation and whether they had submitted any statement) and d) whether other sanctions were considered Whilst he was unable to advise the Act, who assessed and whether there was evidence he did suggest that the reason for the suspension was due to a finding that the video was both “harassing” and “intimidating”.
He seemed to suggest that this was from the file and “Bobby” and when we asked to speak with Bobby (who clearly had more information) we were transferred to “Dennis” which was you and you implied you preferred Mr. Win. You cleared up the Harassing and intimidation point and explained that the digital file did not indicate this (which was of concern as it was not within the letter) – so at least we are aware that this is not an allegation analogous to a Public Order Act offences
It is strange that the initial letter is not more detailed regarding what findings were made and why – I am also surprised that no time limit was attached to the suspension. How would Mr. Stockings know whether to “appeal” without this being sent out clearly? Perhaps if Mr. Blake has taken on a quasi-Judicial role then he should make a quasi-judicial determination so that a person is aware from the start and the determination provided, especially if TFL requests representations In short he letter is badly worded and unclear and expects a response from an unknown determination.
We look forward to receiving the hearing date and requested material.
Kind Regards,
Keima Payton
Payton Solicitors – on behalf of the LCDC
Editorial Comment :
This incident shows how important it is to have the protection of a representative org or union behind you. You never know what’s round the corner or when you may suddenly require legal help.
Make sure you belong to an org that will look after you 100%, as and when you need it.
Source : The Badge LCDC publication.