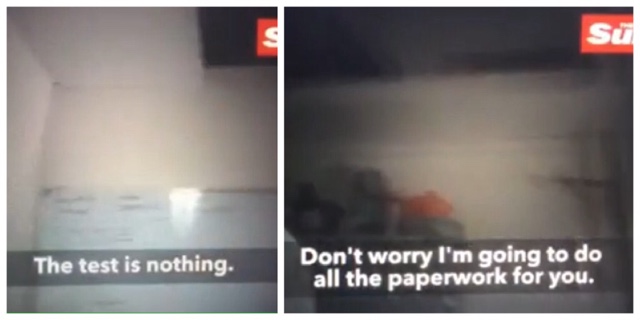 We all knew the PHV Map Test centres would be bent!

And thanks to the Sun News paper, we have some proof 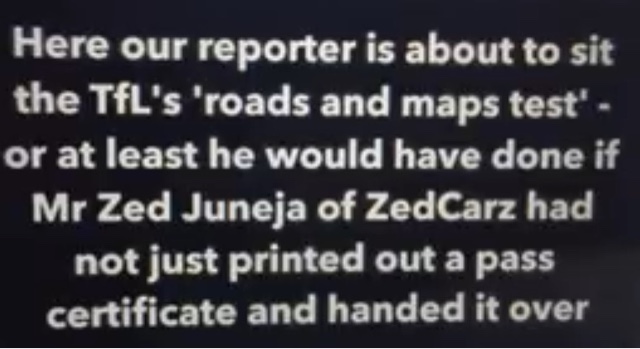 Applicants for the Topographical test given the answers for extra £50!
Or even worse, just turn up and have the pass certificate printed out without taking the test!
In the latest undercover video, the Sun has shown us that hooky doctors are selling medicals passes without carrying out full tests onapplicants.

Dr Ashraful Mirza fills in the medical questionnaire without first doing eye test, urine test or taking the aplicants blood pressure.
He also signs a declaration stating he has had full access to the applicants medical records, which he has never seen… 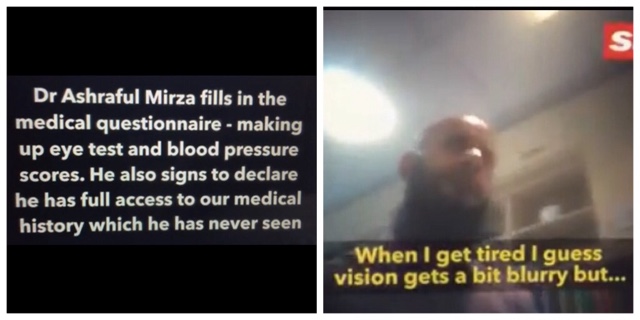 • Surgery likened to a conveyor belt
• No urine/diabetes test
• Applicants blood pressure not taken
• No eye test even though the applicant says he gets blurred vision when tired.
• 2nd Doctor explains how to get round the issue of not using your own local GP.
Fake medical tests at £50-80 a pop!
This is an utter disgrace. These doctors should be suspended immediately and ultimately struck off for putting public lives at risk by passing as fit, unfit applicants.
Topographical testing should only be done by TfL in house as it is with the knowledge of London examinations. These two bit back street minicab set ups can not be trusted.
TfL should immediately suspend the licence of every applicant seen by these ‘bent’ doctors. Every one of the applicants should be banned from re applying for a PHV in future. After all, who is going to go to the trouble of seeking out a bent doctor, if you are fit and healthy?
It would seem that most of our orgs and unions have stayed pretty quiet on this when they should be up at Palestra and Windsor House every day, shouting the roof off.
Only one org has called for a demo over this latest issue !!!
The London Cab Drivers Club will be outside 230 Blackfriars Road this coming Thursday 13th Oct from 12:30pm, on foot (with the new traffic system in place a drive past would be misinterpreted as just heavy traffic).
It’s time to stand up and make our voice heard above the bias and obvious corruption
This isn’t a recruitment drive, this is a protest of drivers who have had enough of TfL giving Uber an easy ride.
It’s not about the colour of your lanyard, it’s about the badge that hangs from it.
Has this trade learned nothing as TfL took over and started to roll out PHVs at an unprecedented rate of 600 every week ?
The fate of your job is in your own hands.
Are you just going to sit back and watch TfL destroy the London Taxi Trade?
This is one demo every driver should attend….take some time off, leave the cab at home and come down to Blackfriars and make a stand.
A few months ago, the minicab related rape and sexual assault statistics were released.
154 reported attacks on passengers from Feb15 to Feb16.
We then found the Met’s statistics were reports from just 6 inner London boroughs.
So another FOI request was made to TfL, asking for the statistics of attacks in the whole of the Greater London Metropolitan Police District. This was promised by TfL to be released by September 20th. TfL have failed to honour this request.

Are the figures so shocking they feel it may stop the public using minicab services?
Are TfLTPH trying to camouflage and dilute the true facts?
Again the majority of our orgs and unions have said virtually nothing about this.