Latest Score From The Where Buses Go We Go Demo… Taxi Trade 2 TfL 0. 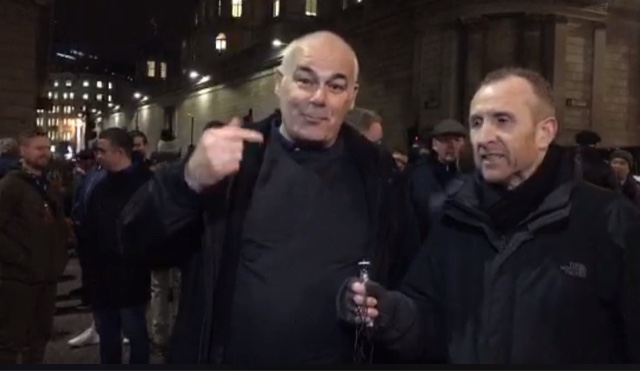 It’s just been announce on London Taxi Radio that after today’s meeting with Mike Brown, the trade has learned that we are to be included in the Tooley Street, Duke Street Hill Bus lane initiative.

At the meeting were Grant Davis (LCDC) and Andy Nichols (RMT) who have left Mike Brown in no doubt that this isn’t the end of our action but the beginning of our fight to reclaim all the streets, bus lanes, no right and no left turns.

He was told in no uncertain terms that, as part of Public Hire and under the terms of the Hackney Carriage acts where Buses Go, We Go.

The announcement was made at the conclusion of today’s action at the Bank Junction by Sean Paul Day, who received a massive cheer and was lifted up shoulder high by the jubilant drivers.

There is just one request and that’s for every driver and their family and friends to make sure you fill in every consultation that concerns/affects the trade.

This will come as a shock to all the knockers who said ‘Demos don’t work’…. truth is they more often than not do. And we’ve won this one hands down.

A massive thank you from the ITA, LCDC and the RMT, to all the drivers who gave up their time and money, to support their colleagues and fight for the future of the trade.

Tin hat on now, because we expect the trolls and stay at home keyboards warriors will be out in force saying it’s not enough, it’s too little or that we shouldn’t stop now.

Well we are not stopping….we are having a break till after Christmas and will be back in the new year, refreshed, fighting for every street that’s been taken away. 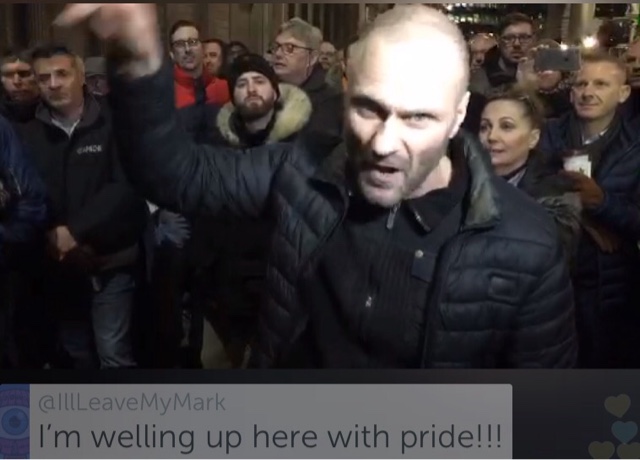 Remember the words of Bob Crow:

“If you fight, you may not win.

But if you don’t fight, you will definitely lose”.

A word from the ITA …

GO BACK TO WORK

FILL IN EVERY CONSULTATION.

AND HAVE A WONDERFUL CHRISTMAS 🎄🎁

SEE YOU ALL AT TOTTENHAM COURT ROAD IN JANUARY ✊🏼

AND BANK JUNCTION, WE’LL BE BACK – WE HAVEN’T FORGOTTEN YOU CHRIS